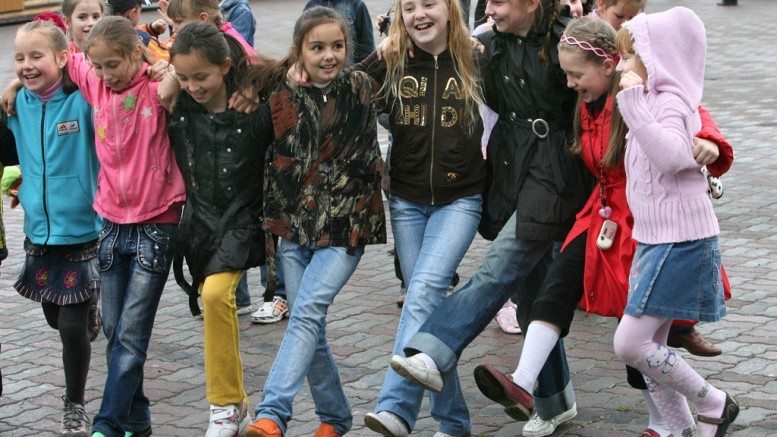 Please Share This Story!
PDF 📄
Moderna and Pfizer are again seeking Emergency Use Authorization from the FDA on “vaccines” for young children who are not at risk for COVID in the first place. Trial data are already deemed worthless, meaning that the children are being used as guinea pigs. Thus extends the crimes against humanity. ⁃ TN Editor

According to Reuters,2 “the U.S. Centers for Disease Control and Prevention … expects COVID-19 vaccine boosters targeting circulating variants of the virus to be available for children aged 5-11 years by mid-October.”

Moderna’s new bivalent COVID booster, mRNA-1273.222, sold under the brand name “Spikevax bivalent Original/Omicron,” was authorized for adults over the age of 18 at the end of August 2022.3

It’s probably safe to assume the same rule will apply to children. As of late September 2022,10 38% of American children aged 5 to 11 had received one initial dose and 31% have received two doses.11 In the 12- to 17-year-old age group, 67% have had one dose and 57% two doses. Those with two doses are likely the only ones who will be eligible for the bivalent booster, if authorized.

Bivalent Boosters Have Only Been Tested on Mice

For decades, the U.S. Food and Drug Administration has had additional safeguards in place for children who participate in medical research.12 With the advent of COVID shots, all of that has been tossed out the window, as children are now being used as medical guinea pigs without any safeguards whatsoever.

It’s really important to realize that these bivalent boosters have been reformulated with new, untested mRNA, yet they’ve only been tested on mice. Despite that, the FDA is now considering giving them to young children.

When it comes to safety, there’s not even mouse data. The safety is assumed based on the original shots, even though the safety data on those is shocking beyond belief. In the short-term, the original COVID shots have between them resulted in 1,417,671 adverse event reports (logged with the U.S. Vaccine Adverse Events Reporting System or VAERS as of September 16, 202214).

If that’s not cause for alarm, I don’t know what is. It’s certainly not “strong evidence” for safety! What’s more, due to widespread underreporting, you have to multiply those already staggering numbers by underreporting factor of 41 (or more) to get an idea of the true impact.

And, if you still believe the pediatric trials were exhaustive, understand that the monovalent Pfizer booster authorized for children aged 5 to 11, back in May 2022, was based on the antibody levels of just 67 children.15 This is so far outside the norm of what’s historically been required for a drug trial, it’s just ridiculous.

1 in 800 Absolute Risk of Serious Side Effects

While VAERS data paint a clear picture of what’s at stake for parents who opt to inject their children with this genetically engineered bioweapon, we now also have other data showing just how bad of an idea that is.

A recent study16 17 in the journal Vaccine — coauthored by some of the most trusted medical scientists in the world, including Peter Doshi, an associate professor of pharmaceutical services research and a senior editor at The BMJ — looked at data from the FDA, Health Canada and the Pfizer and Moderna trials to assess the risks of Pfizer’s and Moderna’s COVID shots.

They concluded the absolute risk of a serious adverse event from the mRNA shots was 1 in 800, which massively exceeds the risk of COVID-19 hospitalization found in randomized controlled trials.

The risk COVID infection poses to children is even more infinitesimal — especially Omicron infection, which presents as a mild cold in most people — making a 1 in 800 risk of a serious side effect unacceptable beyond description.

Statistics show the rate of COVID-19 associated hospitalization among children aged 5 to 11 is 0.0008%.18 In real-world terms, that’s so close to zero you cannot lower it any further. Additionally, as reported by Clark County Today,19 “Pfizer trial data20 [show] the chance of death in children from the shot is 107 times higher than death from COVID-19.”

Other Data That Confirm Lack of Safety

Other data are also reviewed in a recent paper21 22 by cardiologist Dr. Aseem Malhotra, who initially recommended the shots but has since changed his mind about their safety. For example, Israeli data show post-jab myocarditis is occurring at a rate of 1 in 6,000. Data from male children and teens in Hong Kong found myocarditis at a rate of 1 in 2,700.

As noted by the Vaccine Safety Research Foundation in the video above, myocarditis — one of the recognized effects of the COVID jab — “has a mortality rate of 25% to 56% within three to 10 years, owing to progressive heart failure and sudden cardiac death.”

Norwegian data show the rate of serious adverse events post-jab is 1 in 1,000 after two doses of Pfizer, and the British Yellow Card system shows 1 in 120 people who have received at least one mRNA injection suffer an adverse event “that is beyond mild.” These are simply extraordinary risk ratios, and there’s no telling what the long-term effects might be, say 10 or 20 years from now.

According to CDC director Dr. Rochelle Walensky, “rigorous scientific review” has proven the COVID shots to be safe and effective in infants and young children.23 However, as detailed by diagnostic pathologist Dr. Clare Craig24 (video above), Pfizer twisted its clinical data for young children to achieve a desired result.

Craig points out that of the 4,526 children, aged 6 months to 4 years, who participated in Pfizer’s trial, 3,000 didn’t make it to the end of the trial. Why did two-thirds of the children drop out? Oftentimes, this happens when side effects are too severe for the participant to continue. Here, we don’t know why two-thirds of the participants were eliminated, and “on that basis alone, this trial should be deemed null and void,” Craig says. Moreover:

Why Are They Targeting Children Who Don’t Need These Shots?

Ever since the COVID shots were first authorized for young children,26 the question of why has been raised. Certainly, it’s not because children are in grave danger of dying from COVID.

The most likely explanation for the FDA’s and CDC’s irrational behavior is that they’re helping the drug makers to get the mRNA shots onto the childhood vaccination schedule, as that is the fastest and easiest route to get permanent liability shielding.

Once the vaccine is on the childhood vaccination schedule, the vaccine makers are permanently shielded from liability for injuries and deaths that occur in any age group, including adults. You can learn more about this indemnification process in “The Real Reason They Want to Give COVID Jabs to Kids.”

So, the end goal is likely to get permanent immunity against liability for injury and death from the COVID shots in all age groups, and to get there, they first need the EUA to cover all children. And, since the FDA is now authorizing reformulated mRNA shots without additional testing, using the flu vaccine model, it seems they want to make sure they have annually updated boosters included in the EUA for children as well.

UK Bans COVID Jab for Under-12

Meanwhile, the U.K. recently rescinded the COVID jab for children under the age of 12, unless they’re in a high-risk medical category. As reported by The Guardian September 6, 2022:27

“The UK Health Security Agency (UKHSA) said children who had not turned 5 by the end of last month would not be offered a vaccination, in line with advice published by the UK’s Joint Committee on Vaccination and Immunisation (JCVI) in February 2022. UKHSA said the offer of COVID jabs to healthy 5- to 11-year-olds was always meant to be temporary.”

Similarly, as of September 1, 2022, Denmark no longer offers the COVID jab to children between the ages of 5 and 17, citing the low risk posed by COVID infection.28 Children with only one dose will not be required to get a second, and no boosters will be offered to this age group.

Sweden opted not to recommend the shot for children between 5 and 11 from the start, as the Swedish Health Agency felt the benefits did not outweigh the risks,29 so boosters for kids are unlikely to be an issue there either.

In the U.S., Florida has gone on record rejecting all COVID shots for children under 5.30 Parents who want to get their toddlers jabbed have the freedom to do so, but it’s not recommended by the state.

Protect Your Children From Medical Experimentation

If you’re still unsure whether the COVID shot is the “right” choice for your child, please read through Dr. Byram Bridle’s “COVID-19 Vaccines and Children: A Scientist’s Guide for Parents,”31 published by the Canadian COVID Care Alliance. It goes through how the shots work, what the known side effects are, results from the clinical trial, the effects of the spike protein and much more.

Side effects from the new bivalent boosters are assumed to be about the same as for the original shots,32 but there’s no guarantee of that. They could be milder, or they could be worse.

In my view, the chances of them being worse is higher, for the simple reason that they’re delivering more than one type of mRNA. Will the BA.4/BA.5 mRNA have different effects? Will they cause cross-reactions? Who knows? There’s no data. At bare minimum, if the adverse effects of the original shots are an indication, there’s every reason to suspect the bivalent boosters will be just as dangerous.

There is a strong attempt by those working for the Devil to wipe out at least four generations at one time with all these efforts. Children not born, children already born, adults, grandparents, and great-grandparents are all at risk of being murdered/genocided through many efforts, to include Big Pharma, banking collapse, and man-made shortages of food and fuel. All these efforts are to be rebuked and cast down to the Lake of Fire in the name of Jesus Christ, Amein.

Check this data out thats from the UK..