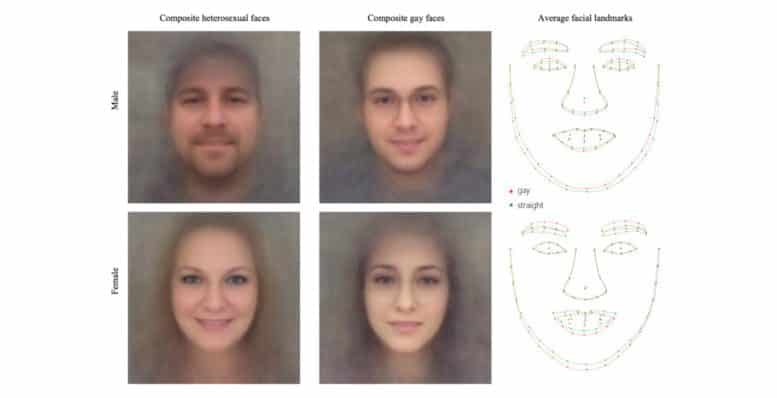 Another ethics explosion is triggered with the possibility of scanning millions of photos to determine sexual orientation without your consent. And what if it is wrong? Will you be tagged for life? Technocrats have no sense of ethical direction when they invent this kind of technology. ⁃ TN Editor

Artificial intelligence can accurately guess whether people are gay or straight based on photos of their faces, according to new research suggesting that machines can have significantly better “gaydar” than humans.

The study from Stanford University – which found that a computer algorithm could correctly distinguish between gay and straight men 81% of the time, and 74% for women – has raised questions about the biological origins of sexual orientation, the ethics of facial-detection technology and the potential for this kind of software to violate people’s privacy or be abused for anti-LGBT purposes.

The machine intelligence tested in the research, which was published in the Journal of Personality and Social Psychology and first reported in the Economist, was based on a sample of more than 35,000 facial images that men and women publicly posted on a US dating website. The researchers, Michal Kosinski and Yilun Wang, extracted features from the images using “deep neural networks”, meaning a sophisticated mathematical system that learns to analyze visuals based on a large dataset.

Human judges performed much worse than the algorithm, accurately identifying orientation only 61% of the time for men and 54% for women. When the software reviewed five images per person, it was even more successful – 91% of the time with men and 83% with women. Broadly, that means “faces contain much more information about sexual orientation than can be perceived and interpreted by the human brain”, the authors wrote.

The paper suggested that the findings provide “strong support” for the theory that sexual orientation stems from exposure to certain hormones before birth, meaning people are born gay and being queer is not a choice. The machine’s lower success rate for women also could support the notion that female sexual orientation is more fluid.

While the findings have clear limits when it comes to gender and sexuality – people of color were not included in the study, and there was no consideration of transgender or bisexual people – the implications for artificial intelligence (AI) are vast and alarming. With billions of facial images of people stored on social media sites and in government databases, the researchers suggested that public data could be used to detect people’s sexual orientation without their consent.