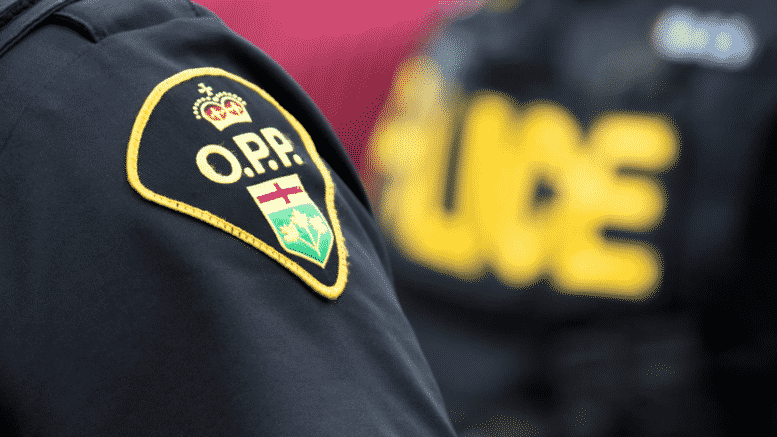 Please Share This Story!
PDF 📄
“Hello. I’m from the government and I’m here to help you. What you say will probably be used against you.” This is an element of ‘predictive policing’, or pre-crime, which seeks to determine where a crime will occur in advance. ⁃ TN Editor

Police, social services, and health workers in Canada are using shared databases to track the behaviour of vulnerable people—including minors and people experiencing homelessness—with little oversight and often without consent.

Documents obtained by Motherboard from Ontario’s Ministry of Community Safety and Correctional Services (MCSCS) through an access to information request show that at least two provinces—Ontario and Saskatchewan—maintain a “Risk-driven Tracking Database” that is used to amass highly sensitive information about people’s lives. Information in the database includes whether a person uses drugs, has been the victim of an assault, or lives in a “negative neighborhood.”

Information about people believed to be “at risk” of becoming criminals or victims of harm is shared between civilian agencies and police and is added to the database when a person is being evaluated for a rapid intervention intended to lower their risk levels. Interventions can range from a door knock and a chat to forced hospitalization or arrest.

Data from the RTD is analyzed to identify trends—for example, a spike in drug use in a particular area—with the goal of producing planning data to deploy resources effectively, and create “community profiles” that could accelerate interventions under the Hub model, according to a 2015 Public Safety Canada report.

Saskatchewan and Ontario officials say data in the RTD (sometimes called the “Hub database” in Saskatchewan) is “de-identified” by removing details such as people’s names and birthdates, though experts Motherboard spoke to said that scrubbing data so it may never be used to identify an individual is difficult if not impossible.

A Motherboard investigation—which involved combing through MCSCS, police, and city documents—found that in 2017, children aged 12 to 17 were the most prevalent age group added to the database in several Ontario regions, and that some interventions were performed without consent. In some cases, children as young as six years old have been subject to intervention.

The Hub model seeks to connect police with community members in order to evaluate potentially at-risk people for interventions.

For example, a police officer may be called to respond to someone’s disruptive but non-criminal behaviour time and again. Under the Hub model, the officer can bring the person’s situation to the Hub—which may include staff from child welfare, addictions, or housing assistance agencies—and ask if other agencies can intervene.

During the ensuing evaluation, information about the person is shared between the participants and entered into the RTD. The person’s identity can be known to local law enforcement, social workers, and health workers, but when their information is added to the RTD, details that might identify the person are not supposed to be included. If agencies collectively decide the person is at an “acutely elevated” level of risk, an intervention is deployed. Interventions can occur without consent if Hub practitioners feel a person is at a high risk of harm.

More than 100 Hubs are now operating in cities and towns across Canada and the US, with 37 in Ontario (where Hubs are usually called Situation Tables) contributing to the Risk-driven Tracking Database as of April 2018, according to MCSCS documents. In total, 55 are expected to be contributing by the end of this year.