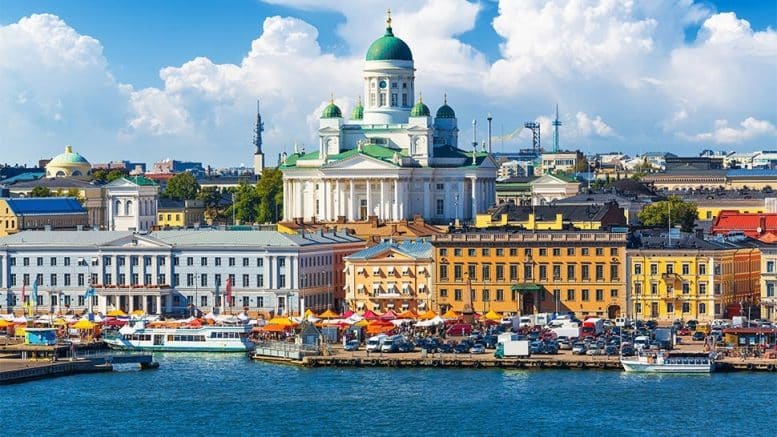 The only people who think that Finland’s UBI experiment has any value, are the ideologues who dreamed it up in the first place. Technocrats from Big Tech companies are pushing UBI around the world as a say to mollify displaced workers who have been pushed out of the workforce by robots. ⁃ TN Editor

A routine trip to check the mail took an unexpected turn for Mika Ruusunen in November 2016.

“I opened it and I didn’t understand it at all, so I gave it to my wife and asked her what the heck is this,” Ruusunen said.

It was the Finnish government informing Ruusunen that he would start receiving free money each month as part of a first-of-its-kind experiment.

Ruusunen was among 2,000 unemployed Finns randomly selected from across the country for a trial testing universal basic income. Each month for two years he would receive 560 euros (roughly $670) from the government, tax-free. He was free to spend the money however he liked.

“I’m not accustomed to that kind of bureaucratic freedom,” Ruusunen said.

Reducing bureaucracy in the welfare system is one of the main aims of the universal basic income trial in Finland. The government is testing whether basic income is a more flexible policy than existing welfare programs for providing assistance and work incentives to an evolving workforce.

“It is assumed that this would be a policy that could activate people through different mechanisms and, well, we want to find out if that’s the case,” said Miska Simanainen, a researcher at Kela, the government organization overseeing the trial.

Finland’s universal basic income experiment launched January 1, 2017 and will run until the end of 2018. Official results from the trial won’t be released until it concludes. Experts said it’s not surprising the Nordic country known for its generous welfare benefits, like universal free education, is at the forefront of a new economic experiment.

“We have had political discussions on basic income for many years, actually, for a couple of decades in Finland,” Simanainen said.

The idea of free money has become more popular in recent years thanks to advocates in Silicon Valley like Elon Musk and Mark Zuckerberg. They see universal basic as a cushion for workers whose jobs might be replaced by automation or robots. Advocates argue free money could provide workers with flexibility to retrain for a new career, pursue creative interests, or start their own business.

A key goal of the Finland experiment is to give unemployed people incentive to work by providing them with financial assistance even once they’re employed. Researchers chose the 560-euro monthly amount because it roughly equals the current level of unemployment benefits.

“One main idea behind this version of basic income that we are testing is that it would replace the basic social benefits or at least basic unemployment benefits,” Simanainen said.

Trial participant Mika Ruusunen had been unemployed for 16 months before he decided to go back to school to retrain for a career in IT. He had just landed an internship at a tech company when he found out he was selected for the experiment.