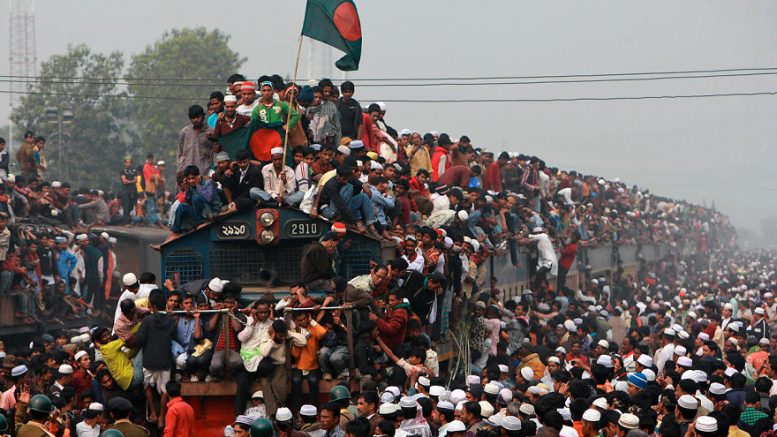 Professor Walter Williams easily debunks overpopulation scare mongering. Those with a low view of humanity want to kill it off. Those with a high value of human life recognize its immense value. ⁃ TN Editor

Human beings are valuable resources, and the more we have of them the better.

In 1798, Thomas Malthus wrote “An Essay on the Principle of Population.” He predicted that mankind’s birthrate would outstrip our ability to grow food and would lead to mass starvation.

In his 1968 best-seller, The Population Bomb, which has sold more than 2 million copies, Ehrlich warned: “The battle to feed all of humanity is over. In the 1970s and 1980s hundreds of millions of people will starve to death in spite of any crash programs embarked upon now.”

This hoax resulted in billions of dollars being spent to fight overpopulation.

According to the standard understanding of the term, human overpopulation occurs when the ecological footprint of a human population in a specific geographical location exceeds the carrying capacity of the place occupied by that group.

Let’s look at one aspect of that description — namely, population density.

Let’s put you, the reader, to a test. See whether you can tell which country is richer and which is poorer just by knowing two countries’ population density.

Looking at the gross domestic products of these countries, one would have to be a lunatic to believe that smaller population density leads to greater riches.

The overpopulation hoax has led to horrible population control programs. The United Nations Population Fund has helped governments deny women the right to choose the number and spacing of their children.

Overpopulation concerns led China to enact a brutal one-child policy. Forced sterilization is a method of population control in some countries. Nearly a quarter-million Peruvian women were sterilized.

Our government, through the U.N. Population Fund, is involved in “population moderation” programs around the world, including in India, Bangladesh, Pakistan, Nigeria, Mexico, Indonesia, Brazil, the Philippines, Thailand, Egypt, Turkey, Ethiopia, and Colombia.

The entire premise behind population control is based on the faulty logic that humans are not valuable resources.

The fact of business is that humans are what the late Julian L. Simon called the ultimate resource.

That fact becomes apparent by pondering this question: Why is it that Gen. George Washington did not have cellphones to communicate with his troops and rocket launchers to sink British ships anchored in New York Harbor?

Professor Williams is either incredibly naive or simply another academic lackey attempting to keep the agenda safe from the increasingly restless masses. Both the technocrats and eugenicists went underground at around the same time. Both are now back with a vengeance and being deceptively peddled as the saving grace of the world. Technocracy and eugenics are Luciferian twins, complimentary in every way.

Known this for years. I read the book The Good IS The Bad News Is Wrong. Looks like Muslims Didn’t get the memo. They move in, breed like rabbits & as soon as they can vote themselves into power.

The Deceit Behind STEM

[…] population which is anticipated to explode in the next few decades, at least according to some folks. This cost of technology may be enough to end the survival of small farms. Not only is the […]