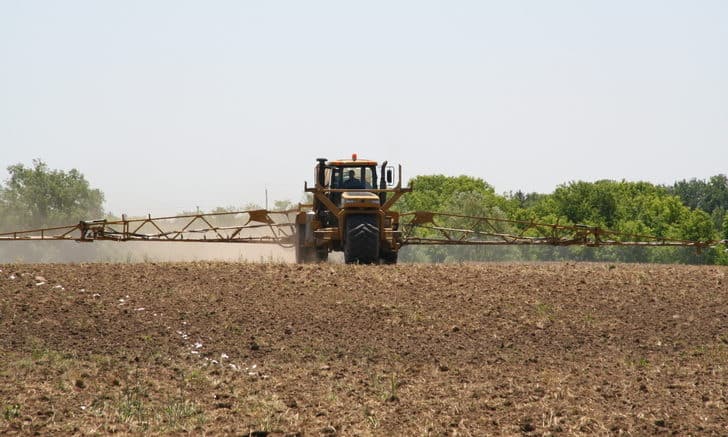 Please Share This Story!
PDF 📄
Roundup exists because Monsanto pursued genetic modification of crop seeds able to survive the chemical while killing weeds. The world food supply, as well as farm land, has been saturated with glyphosate to the extent that traces of it are being found everywhere, including human tissue and urine. Technocrat scientists have no moral or ethical boundaries to prevent these kinds of outcomes. ⁃ TN Editor

A commonly used weedkiller linked to cancer is appearing in more than 80% of urine samples from kids and adults in the U.S., according to a study.

‘Glyphosate is the most widely used herbicide in the country, yet until now we had very little data on exposure,’ Alexis Temkin, toxicologist at the Environmental Working Group, said in a statement. ‘Children in the U.S. are regularly exposed to this cancer-causing weedkiller through the food they eat virtually every day.’

A survey of glyphosate – which is a widely used herbicide in the agricultural, garden, and home sectors in the country – was conducted by the Centers for Disease Control and Prevention program.

The survey found glyphosate in 1,885 of 2,310 urine samples from participants that supposedly represented the U.S. population. Participants aged between six to 18 made up a third of the samples.

Temkin cited the CDC study while also acknowledging that glyphosate is an active chemical in the weedkiller, Bayer’s Roundup.

The German drug and pesticide owned by the company Bayer has been contentiously circulating over the past few years, labeled as a product that causes cancer.

Bayer was subjected to pay $10.9 billion in 2020 to settle thousands of US lawsuits claiming Roundup causes cancer.

At the time, Bayer had come to terms with about 75 percent of the 125,000 filed and unfiled claims. Under the agreement, the company agreed to pay $8.8 billion to $9.6 billion to resolve the litigation, including an allowance to cover unresolved claims. Bayer’s further agreed to pay $1.25 billion for future litigation.

The litigation was supposed by the main ingredient of Roundup, glyphosate.

The original maker of Roundup, Monsanto, introduced the product in 1974 as a way of killing weeds while ensuring plants and crops flourished.

In March 2015, the World Health Organization found that the herbicide was ‘probably carcinogenic to humans’.

Then, in 2017, California named glyphosate, an ingredient that causes cancer under the state’s Proposition 65, which requires Roundup to carry a warning label if sold in California.

But, in April 2019, the Environmental Protection Agency (EPA) reaffirmed that glyphosate does not cause cancer.

This is actually more an issue of “poison the people” than “poison the earth.” To knowingly produce and distribute hormone-disrupting, cancer-causing chemicals is beyond sinister, it is criminal. The decision-makers at government instiitutions who knowingly allow these chemicals to become ubiquitous in society belong in prison. They should be held personally liable for the damage these chemicals are causing. Cancer is not the only horrific consequence of glyphosate. Hormone disruption is the long term consequence, and its epigenetic effects are effeminizing to males. Glyphosate is a globalist chemical weapon of war against America, and war against humanity. Wake up America… Read more »

Wake up America??? Umm…the Soviets were doing this crap to people decades ago! And the former republics are still doing it in various ways. The Soviet Union, in the 80’s, when every other country was outlawing asbestos, introduced it. It is still on about 60% of houses, as the roof. Based on the various phenomena that I am aware of because of having lived in the US, the SU and in post Sov Eastern Europe, I can say with great confidence that the medical community here experiments on almost everyone. It’s always been later than you think…the Adam Project? Really?

Poison The Earth: Monsanto’s Glyphosate Found In 80% Of US Urine Samples – David Icke

[…] Read More: Poison The Earth: Monsanto’s Glyphosate Found In 80% Of US Urine Samples […]

Poison The Earth: Monsanto’s Glyphosate Found In 80% Of US Urine Samples - All View News

[…] Read More: Poison The Earth: Monsanto’s Glyphosate Found In 80% Of US Urine Samples […]

The University of Copenhagen did a small test study a few years ago on pregnant women and their kid. 100% had glyphosate. They repeated the test on a bit larger number of people and not just pregnant women. Same result.

I worked at a city garden in TX in the late 80’s early 90’s. All we heard was how weed killers, usually Roundup, were safe. We knew it was a lie; we read the label. However, the principals didn’t care. Their goal was a glorious garden for PROFIT when we were a non-profit 501-C3. They poured Round up on everything; I do mean everything. A few of us wanted to construct an organic garden for teaching purposes. The usual suspects poo-pooed organics, without any experience, saying that growing organic wouldn’t work. When it did, they denied it would produce crops.… Read more »