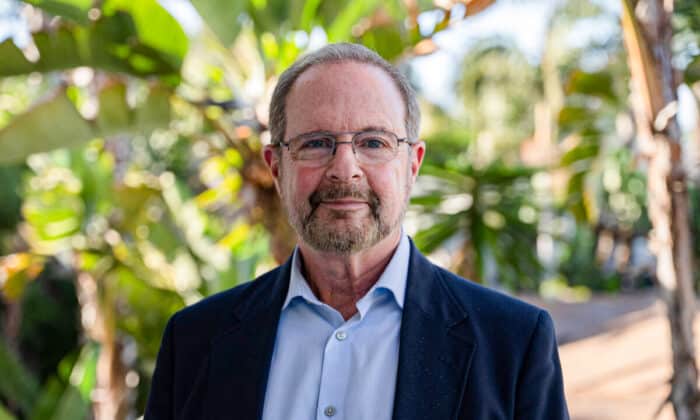 Posted By: Masooma Haq and Jan Jekielek via The Epoch Times April 13, 2022

Please Share This Story!
PDF 📄
While Americans continue to obsess over Dominion voting machines flipping votes, the 800 pound gorilla in the living room is ignored: that is, Big Tech and especially Google. These companies are manipulating millions – yes, MILLIONS – of votes during every election cycle with virtually untraceable and undetectable AI techniques, and NOTHING is being done to stop them! ⁃ TN Editor

Robert Epstein has been researching and looking at how the biggest tech companies influence human behavior, and conducting extensive monitoring projects of bias in these companies’ products, with a particular focus on Google.

Epstein, a senior research psychologist at the American Institute for Behavioral Research and Technology in California, called his findings “frightening” because of the tech companies’ ability to manipulate and change people’s behavior on a global scale.

“Now put that all together, you’ve got something that’s frightening, because you have sources of influence, controlled by really a handful of executives who are not accountable to any public, not the American public, not any public anywhere. They’re only accountable to their shareholders,” Epstein told Epoch TV’s “American Thought Leaders” host Jan Jekielek during a recent interview.

Epstein said that Google’s search engine shifted 2.6 million to 10.4 million votes to Hillary Clinton over a period of months before the 2016 election, and later shifted at least 6 million votes to Joe Biden and other Democrats.

“We calculated at one point that as of 2015, upwards of 25 percent of the national elections in the world were being controlled, being determined, by Google’s search algorithm,” he said.

Epstein is making these comments after conducting rigorous studies, spanning almost a decade, and managing to document ephemeral experiences of manipulation on Google and other companies’ platforms.

He said ephemeral experiences, such as a flashing newsfeed, a search result, or a suggested video, are the ideal form of manipulation because they aren’t recorded and are hard to document.

“Very first experiment we ever ran on this, we shifted voting preferences by more than 40 percent. So I thought that’s impossible, that can’t be repeated. The experiment with another group got a shift of more than 60 percent. So I realized, wait a minute, maybe I’ve stumbled on something here.”

These findings are the greatest discovery in the behavioral and social sciences in over 100 years, according to Epstein.

This tactical form of warefare is as old as mankind itself. Simply ot’s a “Look! Squirrel” moment. The idea is to distract the enemy, in this case the American Tax payer, With something of no real consequence while other things that should be noticed and taken action on, go unnoticed. It doesn’t even have to be warfair oriented. A president flatulating in front of foriegn dignataries to a commedian slapped in the face over a dumb joke at the Academy Awards. Anything to draw your attention away from the important things you should be paying attention to and taking action… Read more »