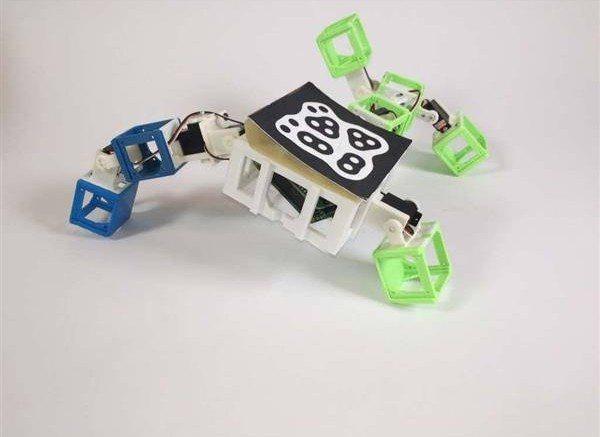 TN Note: These Technocrat scientists believe that the ‘Evolution of Things’ will take off and produce a new race of robots that will spontaneously create new iterations of offspring, supposedly better than there parents. Some hope to use the technology to colonize Mars.

What if robots could evolve?

It’s the question asked by a group of scientists in Amsterdam, whose radical new project aims to create smarter, more advanced robots through a process similar to sexual reproduction.

While the idea may sound far-fetched, they’ve already demonstrated a proof of concept – in February, two robot parents came together to ‘mate,’ and the first ‘robot baby’ was born.

In the Robot Baby Project at Vrije Universiteit Amsterdam, scientists have developed a way for robots to have ‘sex’ and pass on their DNA to offspring.

Doing this can allow them to ‘develop their bodies through evolution,’ making for successive generations that have more advanced physical and behavioural capabilities.

As the process continues, the researchers say robots can become more suitable for use in unknown environments that could be hazardous to humans, like deep sea mines or even other planets.

‘We have two robots that meet and mate, and just as in the animal kingdom, this results in a baby,’ says Guszti Eiben, Professor of Artificial Intelligence at VU, in a video explaining the concept.

The robots live, work, and reproduce in an ‘Arena,’ where they are able to select a suitable mating partner.
They learn through motivation, the researchers explain, and in this case, they are motivated to walk toward a red light.

When the two robots come together, they are then able to communicate and even mate.

‘When they evaluate each other favourably, they send their genomes through the Wi-Fi network,’ says Milan Jelisavcic, a PhD student at the university.

‘A sexual reproduction mechanism then creates the new genome. Code of this genome is sent to the 3D printer then, for printing new components.’

During a year-and-a-half development period, the researchers were able to achieve the implementation of a full life cycle.

When the parent robots ‘reproduce,’ their features are randomly recombined.
This includes the brain – software – and the hardware.