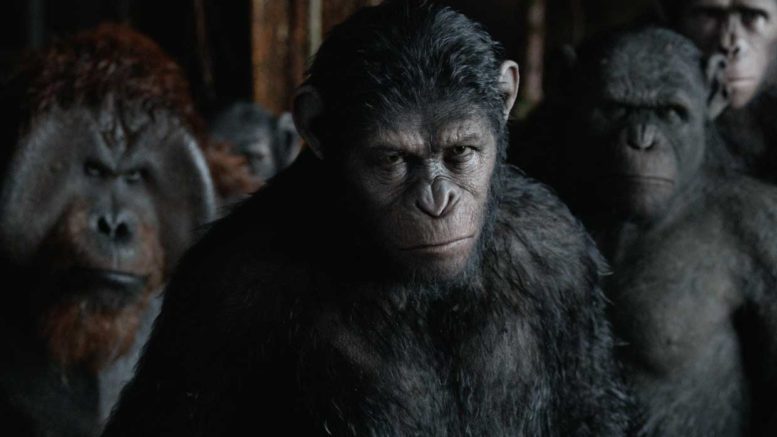 Please Share This Story!
PDF 📄
Dr. Barash’s goal is to convince the world that humans are no different that animals and in particular, monkeys. He thinks it would be good for scientists to use CRISPR and create Chimera ‘Humanzees’. His book’s subtitle says it all: ‘Using science to see our species as it really is.’ ⁃ TN Editor

Our future offspring may be part-human, part-chimp.

At least that’s the nightmarish vision of self-proclaimed expert, David Barash, a professor of psychology emeritus at the University of Washington.

Dr Barash says that not only is the creation of ‘humanzees’ possible using gene editing, but producing such creatures would be a ‘terrific idea’.

He believes it would force humans to acknowledge we are no different to animals and help stop the ‘grotesque abuse’ of the planet’s creatures.

Dr Barash’s remarkable comments – which could lead to a situation resembling Planet of the Apes – were made in his new book titled: ‘Through a glass brightly: Using science to see our species as it really is’.

They follow recent claims by evolutionary psychologist, Gordon Gallup, that a ‘humanzee’ was born in an American lab nearly 100 years ago before being killed by panicked doctors

Dr Gallup claims that humans can be crossbred with other apes and not just chimpanzees. Above is a file image of the 1968 movie Planet Of The Apes showing two members of the species kissing one another

In an extract from his book which appears in the magazine Nautilus, Dr Barash describes the belief that we are discontinuous from the natural world as possibly ‘the most hurtful theologically-driven myth of all times’.

Dr Barash believes CRISPR technology could be used to add or delete targeted genes as desired.

This means it might be possible to make precise edits in DNA and ‘silence’ certain genes that are different between the species.

‘It is unclear whether my own imagined chimphuman will be a hybrid (produced by cross-fertilising human and non-human gametes), or a chimera, created in a laboratory via techniques of genetic manipulation. I’m betting on the latter’, wrote Dr Barash.

Creating a hybrid animal would stop people thinking of themselves as apart from the natural world, Dr Barash argues.

‘Such an individual would not be an exact equal-parts-of-each combination, but would be neither human nor chimp: rather, something in between’, he said.

Creating a hybrid animal would stop people thinking of themselves as apart from the natural world, Dr Barash argues. Pictured is a clip from the 2011 film Rise of the Planet Of The Apes

Interestingly they have prepared the world through the series and movies ‘Planet of the Apes’. But, first they had to convince them of Darwinism. Thy have no evidence of their belief that we came from monkey’s and cavemen because there have never been any born (just a picture of Darwin’s chart). You would think there would be in history genetically speaking as well as now half human, and half monkey. But nope. I have heard them say though now through 23 and Me that they can detect Neanderthal blood. While watching Jeopardy one night a lady came on and said… Read more »

Well, this article stands as proof–just because you have a Ph.D. and wrote a book doesn’t mean you are intelligent. Barash is an idiot–a dangerous idiot. The ramifications of such experimentation is so far beyond one’s imagination that it is murderous. What is he–a Nazi psychologist? Blend the genes. See what you get. Then, kill “it” if it doesn’t fit into a desired model. Do it again until you get an animal 2-3 times stronger than any human, possessing all the worst traits of humans including a war-like behavior bent on killing its own kind AND the brains to act… Read more »