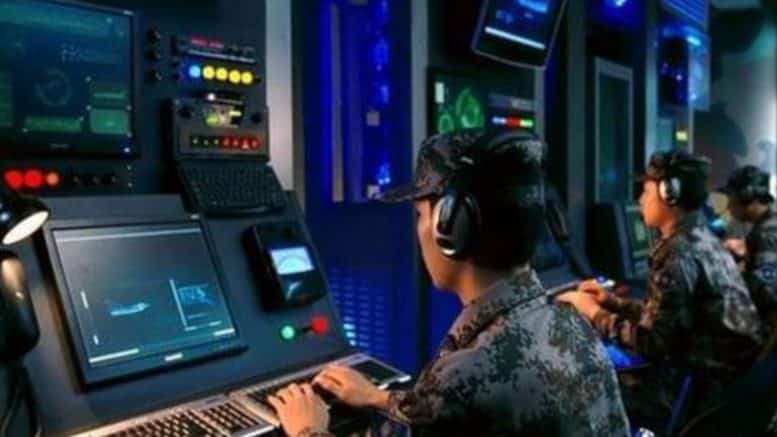 What technology was not freely given to them by the Western elite was stolen from universities, government offices and laboratories by hacking, espionage and physical theft. Now U.S. officials are finally figuring out that the Chinese don’t really like America and are blanketing us with return technology that has all kinds of back doors for increased spying and cyber-warfare. China is a Technocracy bent on dominating the world.  ⁃ TN Editor

The federal government is taking steps to reduce the presence of some Chinese technology firms in American markets.

Earlier this month, AT&T scrapped a deal with Chinese phone maker Huawei, reportedly as a result of pressure from anonymous U.S. lawmakers who cited national security concerns. Reuters reported this week that lawmakers are now pressing AT&T to sever all of its commercial ties with Huawei.

Lawmakers reportedly are pushing to keep Chinese telecommunications firm China Mobile out of the U.S. for similar reasons.

The efforts come on the heels of a federal ban on anti-virus software produced by Russia’s Kaspersky Lab, and underscore heightened concerns in Washington about privacy and spying threats.

On Friday, Rep. Mike Conaway (R-Texas) told The Hill he would discourage American companies such as AT&T from making deals with Chinese tech firms like Huawei.

“We don’t want undisclosed back doors into our systems,” Conaway explained.

“The relationship those companies have with different Chinese intelligence agencies themselves and their government — it’s opaque. We don’t know what is or isn’t there,” he continued.

“Out of an abundance of caution, we don’t want to make ourselves vulnerable to backdoor entrances to our systems.”

Earlier this month, Conaway introduced legislation that would bar the federal government from contracting with firms that use equipment produced by Huawei or its smaller Chinese competitor, ZTE. As of Friday, the bill had attracted 11 co-sponsors, including one Democrat.

National security experts worry that, despite the companies being private entities, data stored on devices produced by Chinese providers could potentially end up in the hands of the Chinese government.

“Based on what we do know about China’s systematic use of electronic communications technologies to steal intellectual property, among other things, and based on how modern intelligence services tend to operate, there is good reason to surmise that there is no perfectly clean divide between the state and companies like those mentioned above in places like China,” said Michael O’Hanlon, a senior fellow in foreign policy at the Brookings Institution.

The concerns about the firms are not new. A 2012 House Intelligence Committee report identified both companies as a national security threat, encouraging private companies to consider the “long-term security risks” of doing business with either Huawei or ZTE.

“The increased scrutiny of China is from an integration of national security and economic security,” Cheung said. “To the U.S. before, China was a military threat. Now its threat has broadened to the economic side of things as well.”