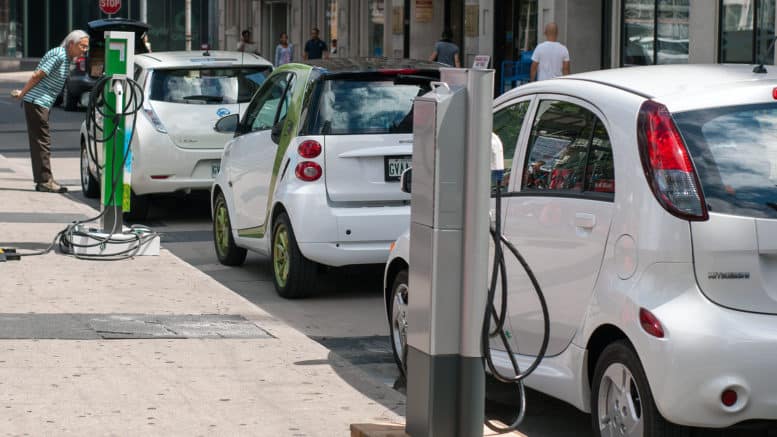 Please Share This Story!
PDF 📄
Technocracy-minded Siemens is a global leader in “smart technology” and has launched a massive propaganda campaign to sell their wares no matter what the problem. Siemens is the hammer and the whole world is its nail. ⁃ TN Editor

A new Siemens report has found electrification is a big priority for cities in North America and will continue to be emphasized, although leaders will need to make tough decisions to modify their electric grids to support the change.

The report, entitled “Technology Pathways for Creating Smarter, More Prosperous and Greener Cities,” used the company’s City Performance Tool to pull in data from 70 different areas of city life. It has assessed 40 cities globally, of which 11 are in North America.

“Our grids across cities are not particularly stable and not really capable of taking on this level of power, so we have to start understanding what all the factors are around making this transition and working with all the key players: city leaders, legislators and others that have to make the tough decisions about how you make that transition and make it properly,” Martin Powell, Siemens’ global head of urban development, told Smart Cities Dive.

The electrification trend is one that is gathering momentum across cities, including in transportation. At a conference this month hosted by the Edison Electric Institute (EEI), General Motors’ vice president of North American Policy Dan Turton said the electrifying of cars and the growth of electric vehicles (EVs) is “going forward anyway,” regardless of what anyone else says, including those who favor propping up the fossil fuel industry.

Powell warned that while electrification will help cities cut emissions in areas like buildings and transportation — the major causes of pollution and emissions — it will have a “huge amount of demand on power” and require modernization and better use of data to cope. “Cities were built when populations were a third or a quarter of what they are in most of these big cities today,” he said. “We’ve always bolted on things and expanded systems, so it’s very difficult to get all the efficiency you need out of a system that does that.”

And as vehicles and other pollution sources electrify, Powell said they should work on data-driven and modernized systems to help reliability. Such issues have plagued electric buses at times, so while electrifying fleets has been a bit point of emphasis for American cities, they must also balance that priority with ensuring there are fewer maintenance problems. That, Powell said, could make this country a world leader. “The U.S. has an opportunity to deliver that future but in a way that works properly,” he said.

Take down all SMART meters put on peoples homes, many using/used force to do so. Replace them with analog meters, put people back to work, and stop the UNLAWFUL spying. The spying is criminal action against the American people, against our legitimate government – treason, felonies, Perjury as the Oaths were broken as were the supreme Law of this nation, all Constitutions involved (they are LAW), etc.