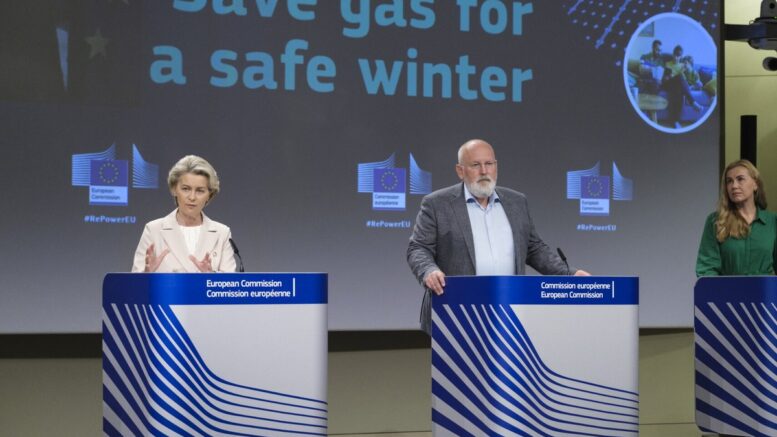 Please Share This Story!
PDF 📄
It may be too little, too late, but some European politicians are waking up to the fact that a politician-hating fifth column of environmental ideologues have taken them for a ride into energy oblivion. Killing energy kills people, disrupts societies, destroys trust between government and people, etc. ⁃ TN Editor

A German MEP has blamed the European Union’s Green Deal for causing its current energy crisis, describing the climate project as an “ideology-driven monster”.

Dr Sylvia Limmer, a member of the populist Alternative für Deutschland party, has decried the EU’s Green Deal agenda as being an “ideology-driven monster” that has been causing serious issues for energy stability on the continent.

With many countries in the bloc having become extremely reliant on gas supplied by Russia, increasing hostilities with Moscow have resulted in prices ratcheting up over the past number of years, ultimately culminating with the availability of the supply collapsing in the wake of the Ukraine War.

However, while a number of Europeans seem to think that the conflict on its Eastern border has given it yet another excuse to push the green agenda even further, Dr Limmer claims that it has ultimately been the EU’s green policies that have resulted in this mess in the first place.

In a statement seen by Breitbart Europe, Limmer criticised the fact that foreign fossil fuels have been used to supplement green renewable technologies that have been unable to fuel European economies on their own, ultimately putting the blame for current hardship firmly in the EU’s lap.

“The European Council and EU Commission are complaining about bottlenecks in the energy supply and the resulting damage to the economy,” the politician remarked.

“The double standard: Exactly the EU is causing these problems itself with its ‘Green Deal’ and ‘Fit for 55’ [carbon reduction programme],” she continued. “In Germany alone, over forty new gas-fired power plants were to be built as backup energy for the volatile “renewable energies” — operated with cheap Russian gas.”

Limmer went on to say that her party “clearly rejects” the EU’s green agenda, which she described as an “ideology-driven monster”.The AfD politician is not alone in her criticism of the EU’s green agenda, with a number of MEPs coming out to decry the likes of Fit for 55 and the Green Deal as being utterly unsuitable at a time of serious economic hardship.