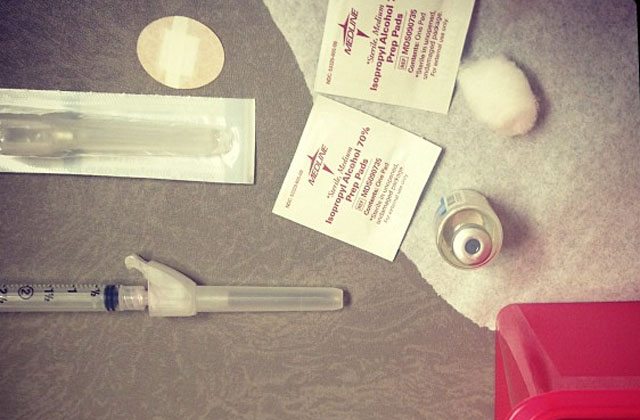 Forcing young children, who cannot make decisions on their own, to undergo hormone therapy for changing gender is one step removed from full-on eugenics. Technocracy and Transhumanism will always end up mored in eugenics because it is the ultimate in social engineering. ⁃ TN Editor

According to the wisdom of the day, kids experiencing gender dysphoria need to be treated affirmingly as early—and as radically—as possible. For the time being, surgery and hormone therapy have to wait until age sixteen. But before that, adolescents can be prescribed puberty blockers, and even younger children are encouraged to transition “socially,” by adopting the name, dress, and mannerisms of their preferred gender.

All of this is in spite of the fact that gender dysphoria in children sees very low rates of persistence—ranging from 2.2% to 30% in males and from 12% to 50% in females, according to the DSM-5. As Dr. Kristina Olson, a research psychologist at the University of Washington, put it, “We just don’t have definitive data one way or another.” The truth is that no one can predict whether a gender dysphoric kid will feel the same way years later. That’s why Olson is leading a study of 300 trans kids that will track outcomes over twenty years. “To be able to, hopefully, answer which children should or should not transition,” she said. In the meantime, many of those children will be encouraged to go ahead and make life-altering medical decisions in light of scientific ignorance.

Standards Are Getting Looser, Not More Stringent

The standard medical and social response to gender dysphoria is to encourage and affirm the child’s self-diagnosis and to provide hormone therapies and unnecessary social and medical gender transitions without thoroughly exploring alternative effective treatment plans.

In fact, a team of international doctors affiliated with The Endocrine Society, the Pediatric Endocrine Society, and the World Professional Association of Transgender Health—all of which are held in esteem in this field of medicine—is rewriting treatment guidelines so that a medically induced gender change may be recommended for children even younger than sixteen. This represents a huge departure from what were already lenient guidelines for treating children who feel they are in the wrong gender.

Until now, the guidelines recommended giving preadolescent children puberty blockers to give more time to decide about going forward with more invasive treatment. But under the new guidelines, the more invasive treatment of cross-gender hormones will be recommended for children younger than age sixteen. Many physical effects of hormones, such as reduced bone density and reduced fertility, are irreversible. Other risks haven’t been studied at all.

Making an Informed Decision Is Impossible

Recently an email arrived in my inbox with the subject “I wish I listened to you” from a young man who regrets taking cross-sex hormones and undergoing surgery.

I’m only in my mid [twenties]. I transitioned in my teens and had surgery. I was [too] young to make such a decision. I’ve sunken into such a deep regret. I don’t even feel transgender anymore. I feel like my old self. I am happy with a female appearance but that is all I really needed. I feel like I was brainwashed by the transgender agenda and by gender norm expectations. I would do anything to [have] my penis back. My feelings were confusing and I thought they would never go away. I’m just a guy who’s really in touch with my feminine side. I can’t believe what I’ve done to my life. And now I have no choice but to take hormones forever. I don’t know what to do. I feel like I’m losing my mind. All I would have had to do was discontinue my hormones and everything would have been alright. I honestly feel 100% normal and okay . . . if only I had never had that surgery.

This young man’s body is permanently damaged because doctors, who have no definitive idea as to who will persist in a condition of gender dysphoria, propose irreversible treatments for young people who feel conflicted about gender. But as this young man found out, even strongly held feelings change.