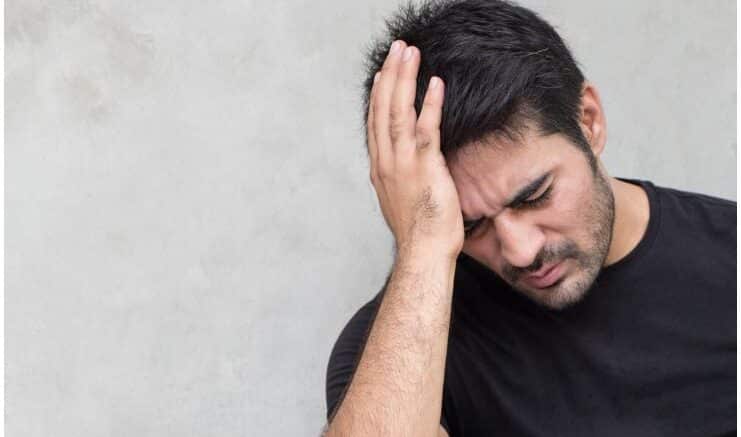 Please Share This Story!
PDF 📄
Technocrats are apoplectic as their main tool of social engineering has been discovered and fully exposed: “mass formation psychosis”. Google, Youtube, Twitter, Facebook have buried the phrase. Media rants “conspiracy theory”. People are waking up from their contrived delusions.

Dr. Robert Malone and Dr. Mattias Desmet had enough credibility to shake the foundations of Technocracy and send Technocrats everywhere scurrying for cover. After several interviews around the world, popular podcaster Joe Rogan held a blockbuster show that let these men tell their stories to millions. ⁃ TN Editor

Dr. Robert Malone’s assertions about “mass formation psychosis” in the context of the COVID-19 pandemic are underscored by the fact that authorities in the UK admitted to using “totalitarian” methods of “mind control” to instill fear in the population.

In Canada, the military also admitted launching a psychological operations campaign against their own people in order to manipulate them into compliance with COVID-19 restrictions and mandates.

During his viral podcast with Joe Rogan after he was banned by Twitter, Malone explained how the global population was being manipulated into remaining in a constant state of hysterical anxiety via mass formation psychosis.

“What the heck happened to Germany in the 20s and 30s? Very intelligent, highly educated population, and they went barking mad. And how did that happen?” asked Malone.

“The answer is mass formation psychosis.”

“When you have a society that has become decoupled from each other and has free-floating anxiety in a sense that things don’t make sense, we can’t understand it, and then their attention gets focused by a leader or series of events on one small point just like hypnosis, they literally become hypnotized and can be led anywhere,” he added.

On Joe Rogan, Dr Robert Malone suggests we are living through a mass formation psychosis.

He explains how and why this could happen, and its effects.

He draws analogy to 1920s/30s Germany “they had a highly intelligent, highly educated population, and they went barking mad” pic.twitter.com/wZpfMsyEZZ

“And one of the aspects of that phenomenon is that the people that they identify as their leaders, the ones typically that come in and say you have this pain and I can solve it for you. I and I alone,” Malone further explained, “Then they will follow that person. It doesn’t matter whether they lied to them or whatever. The data is irrelevant.”

“We had all those conditions. If you remember back before 2019 everyone was complaining, the world doesn’t make sense and we are all isolated from each other.”

“Then this thing happened, and everyone focused on it,” stated Malone, noting, “That is how mass formation psychosis happens and that is what has happened here.”

Malone’s summary of how health authorities seized on the unifying threat of the COVID-19 pandemic and exaggerated its thread to create mass hysteria is backed up by leaked details of how the UK government manipulated its population during the early days of the pandemic.

As first revealed by author and journalist Laura Dodsworth, scientists in the UK working as advisors for the government admitted using what they now admit to be “unethical” and “totalitarian” methods of instilling fear in the population in order to control behaviour during the pandemic.

“Use of fear to control behaviour in Covid pandemic was ‘totalitarian’, admit scientists”

⁦From ‘A State of Fear: how the UK government weaponised fear during the Covid-19 pandemic’ https://t.co/gD6HFUkQqW

The London Telegraph reported the comments made by Members of the Scientific Pandemic Influenza Group on Behaviour (SPI-B), a sub-committee of the Scientific Advisory Group for Emergencies (Sage) the government’s chief scientific advisory group.

The report quotes a briefing from March 2020, as the first lockdown was decreed, that stated the government should drastically increase “the perceived level of personal threat” that the virus poses because “a substantial number of people still do not feel sufficiently personally threatened”.

One scientist with the SPI-B admits that “In March [2020] the Government was very worried about compliance and they thought people wouldn’t want to be locked down. There were discussions about fear being needed to encourage compliance, and decisions were made about how to ramp up the fear.”

The unnamed scientist adds that “The way we have used fear is dystopian.”

The scientist further confessed that “The use of fear has definitely been ethically questionable. It’s been like a weird experiment. Ultimately, it backfired because people became too scared.”

Another separate scientist on the subcommittee professed “You could call psychology ‘mind control’. That’s what we do… clearly we try and go about it in a positive way, but it has been used nefariously in the past.”

Another scientist warned that “We have to be very careful about the authoritarianism that is creeping in,” adding “people use the pandemic to grab power and drive through things that wouldn’t happen otherwise.”

🚨From the book by @BareReality:

🗣️"Clearly, using fear as a means of control is not ethical. Using fear smacks of totalitarianism. It’s not an ethical stance for any modern government." – SPI-B member

According to the report, another researcher with the group acknowledged that “Without a vaccine, psychology is your main weapon,” adding that “Psychology has had a really good epidemic, actually.”

Yet another scientist on the subcommittee stated that they have been “stunned by the weaponisation of behavioural psychology” over the past year, and warned that “psychologists didn’t seem to notice when it stopped being altruistic and became manipulative.”

“They have too much power and it intoxicates them”, the scientist further warned.

In addition to the UK government’s response, it was also revealed that the Canadian military launched a psychological operations program against their own citizens in the early days of the pandemic order to amplify government messaging and “head off civil disobedience.”

Mass Psychosis is a myth the same way military running clandestine propaganda campaigns against its citizens is public health. https://t.co/zeDThlGKJP

“Canadian military leaders saw the pandemic as a unique opportunity to test out propaganda techniques on an unsuspecting public,” reported the Ottawa Citizen.

The Nazi had to rise to power, to combat the Anti-Gentilism, bolshevik, communist, bunch destroying Germany.

Who has rose to power in America? Who has all the media in their grip and only communicating the talking points allowed? Who is using constant propaganda? Who has political prisoners (Jan. 6) in prison without due process? Who has completely brain washed their children? Who has murdered millions of unwanted babies and the elderly including the disabled with Downs syndrome? Who has turned the races against each other? Who has turned against the Jews God’s chosen people? Who has turned against Christians? The answer: America!

America? Not everyone, but an elite group of Technocrats, Tycoons & Liberals, perhaps. I don’t think many of us ‘Deplorable’ types who work for a living and go to church on Sunday are in that group.

Really? How many “Christians” have had an abortion? The answer will surprise you. How many “Christians” send their children to public schools to get brain washed? Answer: most. And… I read a lot of conservative sites and I can tell you there is a very huge and I mean huge amount of antisemite “Christians!”. Hypocrites who don’t read or believe the Bible! Another thing, if you go to church and see that the so-called pastor is lying (brainwashing in a cult like fashion) and try to say something they WILL BOOT YOU OUT THE DOOR!

Humanity. Well on the path to self destruction. Ans we thought it would be the climate that did us in. ;>)

Canada absolutely gushes at the prospects of being a leading voice in the brave new world. It is like watching Pinocchio going down the path with the fox and the cat. Most of us here cheer on the antagonists.🐱‍🏍
https://www.lifesitenews.com/news/youd-have-to-kill-me-first-jordan-peterson-slams-trudeaus-call-for-booster-shots/

People are obsessed. Is it their own fault, cowardice or some politician’s fault?
In my opinion we have an obligation to act as responsible adults during our stay.

Patrick Wood: 'Pandemic of Unva((inated' Rhetoric Will Incite Violence - Stand Up For The Truth

Malone ist extremely delighted with Desmets theory, because it seems to be a very new and fascinating “world” for him. I think about Desmets ideas (so far), that they lack of deeper analyse: it ist only the question “how” and not “why” he ist working about. But exactly THIS ist most important and maybe also uncomfortable for every one who tries to find it out, because every one was part of the system for a long time – without any clue. The system is IN the most people, not only in Klaus Schwab. Remember the Matrix: the red pill is… Read more »