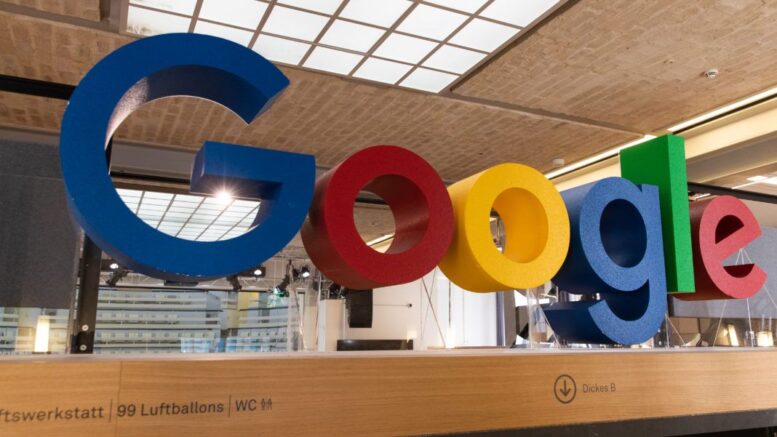 Please Share This Story!
PDF 📄
Since 2008, Google has essentially dominated the Internet, which is not surprising. According to Prof. Shoshana Suboff, author of The Age of Surveillance Capitalism, it was Google that invented Surveillance Capitalism in the first place. Those chasing Google to the top include Microsoft, Amazon and Facebook. ⁃ TN Editor

With each passing year, an increasingly large segment of the population no longer remembers images loading a single pixel row at a time, the earsplitting sound of a 56k modem, or the early domination of web portals.

Many of the top websites in 1998 were news aggregators or search portals, which are easy concepts to understand. Today however, as Visual Capitalist’s Nick Routley details below, brand touch-points are often spread out between devices (e.g. mobile apps vs. desktop) and a myriad of services and sub-brands (e.g. Facebook’s constellation of apps). As a result, the world’s biggest websites are complex, interconnected web properties.

The visualization below, which primarily uses data from ComScore’s U.S. Multi-Platform Properties ranking, looks at which of the internet giants have evolved to stay on top, and which have faded into internet lore. 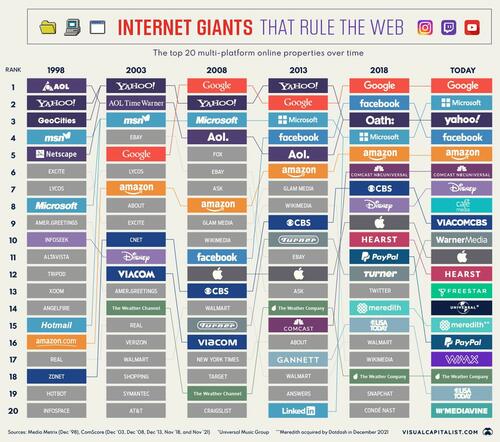 HusThey still do but it’s a closely guarded secret. t a slight correction when it comes to survelance capitalism. Microsoft under Bill Gates started it all and that was before Google. Once the internet became common use, Microsoft had and exployted the ability to see everything you were typing in real time and had all unfettered access to all of your files and information. They still do and because you accepted their EULA to use their operating system it’s all legal and nothing you can do to stop it other than to not use their stuff on the Interner any… Read more »

Not a surprise but nice to see the actual connections among them and the reduction in choices we all knew was occurring. Researching items is easier when you know where to begin. Thanks for that.