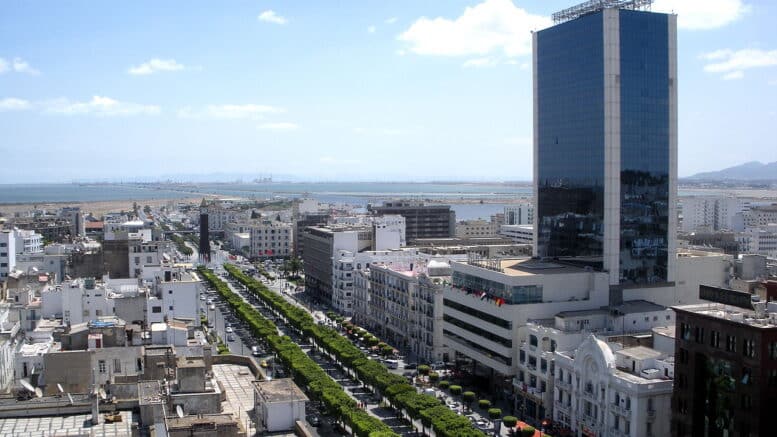 Please Share This Story!
PDF 📄
Tunisia isn’t the first nation to appoint Technocrats instead of elected politicians, but people there are desperate for solutions that work. When everything is broken, the people beg for fixers and Technocrats step in. As the world disintegrates, calls for global Technocrats will be heard. ⁃ TN Editor

Tunisian Prime Minister-Designate Hichem Mechichi has proposed a cabinet of technocrats without allegiance to any political parties, in an effort to solve an impasse in the country’s politics.

Mechichi barely met the deadline to present his new cabinet. A press briefing at midnight on Monday ensured his cabinet was submitted just before the deadline on Tuesday.

Mechichi has attempted to circumvent Tunisia’s entrenched political divisions by proposing a cabinet of technocrats with no representation from any political parties. In the midnight press briefing, he stated that he aimed to use a non-political cabinet to accelerate economic development and improve social support for Tunisians.

Mechichi’s proposed cabinet is the second cabinet under consideration in six months. Former Prime Minister Elyas Fakhfakh resigned following a scandal over a conflict of interest with his business ties, leading President Kais Saied to appoint Mechichi as the new prime minister.

The newly-proposed cabinet needs to win a vote of confidence from Tunisia’s divided parliament. Without a positive result, President Saied would be forced to order a dissolution of parliament and new elections, which would present a new blow to Tunisia’s post-2011 democratic process.

The cabinet presented on Monday night would consist of 28 members, 8 of whom are women. The cabinet would streamline three economic ministries into a single body led by Ali Kooli, the current Tunisian CEO of the Bahraini Arab Banking Corporation.

Mechichi’s gamble to sideline Tunisia’s bickering political parties could backfire as parliament has a final say on the proposed cabinet.

The Republican Popular Union (UPR) stated on Monday that it would not support a technocratic government in principle. The UPR argued that such a government would “circumvent the principles of the second Republic and the people’s will,” according to the Tunisian Press Agency (TAP.)

The National Council of the Democratic Current, also known as the Attayar Party, similarly rejected the concept of a technocratic cabinet on Monday. A statement by Attayar said the new prime minister-designate had “embarked on fictitious talks.”

How about teaching all students how to build their own shelter and grow their own food (aquaponics) by the time they get out of high school. The government finances the materials, and holds the mortgage. People with a roof over their heads and food in their stomachs don’t revolt. And in the contract is the agreement to stop at two children.

For those who want more enslavement. I say let them have it. Do the rest of us a favor by not dragging the world into further enslavement and impoverishment with you. Stay out of the way and let the rest of us choose who (Christ) and what works for our health and our lives. The Apostle Peter speaks of people promising liberty while they themselves are the servants of corruption. People can say and believe what they choose to about Christ Jesus. There is not one sinner alive on earth that will ever measure up to His faithfulness, blessings or… Read more »