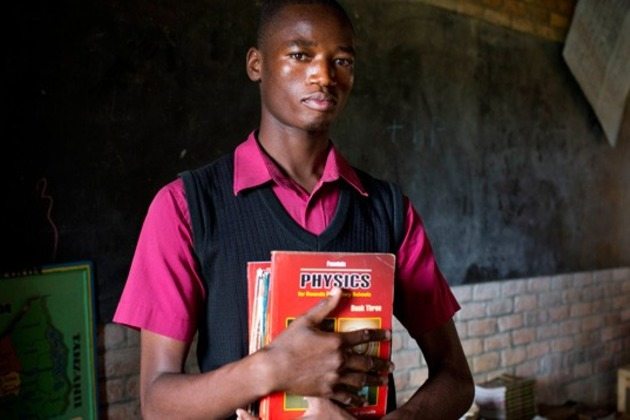 The brainwashing isn’t complete. According to UNESCO, so they area calling for massive updates in textbooks around the world. Common Core Education Standards are already up-to-date. ⁃ TN Editor

A new study by the UNESCO Global Education Monitoring (GEM) Report shows how secondary school textbooks from the 1950s until 2011 missed or misrepresented key priorities now shown as crucial to achieve sustainable development. With textbooks only revised every 5-10 years, the analysis reveals the need for governments to urgently reassess their textbooks to ensure that they reflect core values for sustainable development, including human rights, gender equality, environmental concern, global citizenship and peace and conflict resolution.

Released around International Day of Human Rights, the analysis looked at secondary school textbooks in history, civics, social studies and geography. The materials were drawn from the Georg Eckert Institute in Germany, which holds the most extensive collection of textbooks from around the world in these subjects.

The paper had the following key findings:

But, from 2000-2011, only 9% of textbooks discussed rights of people with disabilities and 3% cover the rights of LGBTI people.

Some countries like Vietnam, have revised their textbooks to better illustrate gender equality.

During 2000-2011, environmental protection or damage was discussed in half of all textbooks; more than double the percentage between 1970-1979.

From 2000-2011, only 30% of textbooks discussed environmental issues as a global problem.

Only 10% of textbooks from 2000-2011 explicitly mention conflict prevention or resolution. Sri Lanka is one country that has introduced reconciliation mechanisms into textbooks recently in order to promote peace and social cohesion.

Over half of 72 secondary school textbooks analysed in 15 countries related Islam and Arab societies to conflict, nationalism, extremism or terrorism.

But, 60% of countries’ textbooks in the late 2000s have no mention of activities outside of their borders.

Aaron Benavot, Director of the GEM Report UNESCO, said ‘Textbooks convey the core values and priorities of each society and are used extensively in classrooms around the world to shape what students learn. Our new analysis shows the extent to which most former students now in their 20s were taught from textbooks that had little if anything to say about the core values of sustainable development. Textbook revision is infrequent, and often involves slight revisions, rather than overhauls of content. In addition, governments simply don’t realize just how out of touch their textbooks are. Our research shows that they must take a much closer look at what children and adolescents are being taught.’

The GEM Report calls on governments to urgently review the content of their textbooks to ensure values are in line with the principles in the new UN Sustainable Development Agenda (SDGs).

It calls for the values of the SDGs to be built into national guidelines used during textbook review, and taught in workshops for textbook writers and illustrators.

A checklist of highly relevant textbook content that governments should look out for when reviewing currently approved textbooks is included in. A separate version of that list is available for teachers and students to use in classrooms, enabling them assess their own textbooks, and hold their governments to account.