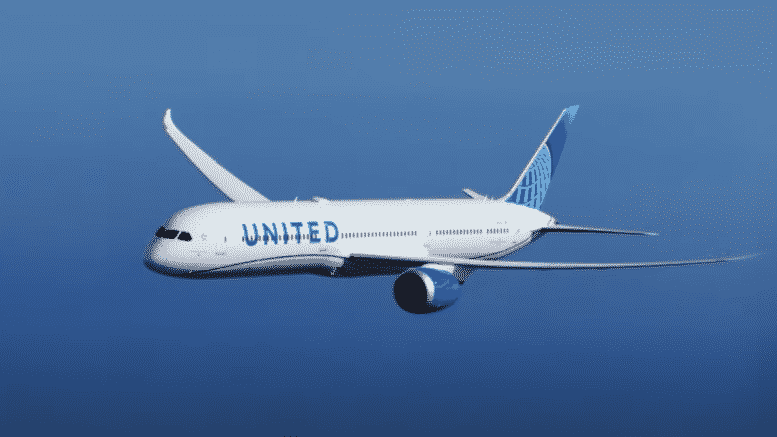 Please Share This Story!
PDF 📄
The lure of genetically modified injections, all unapproved by the FDA, is too great for global corporations to resist. Pilots are particularly at risk of vaccine injury because of flying at altitude and sitting for long periods of time. Genetic engineering is the chosen field of Transhumanists and Technocrats. ⁃ TN Editor

United Airlines will require its 67,000 U.S. employees to get vaccinated against Covid by no later than Oct. 25 or risk termination, a first for major U.S. carriers that will likely ramp up pressure on rivals.

Airlines including United have so far resisted vaccine mandates for all workers, instead offering incentives like extra pay or time off to get inoculated. Delta Air Lines in May started requiring newly hired employees to show proof of vaccination. United followed suit in June.

United’s requirement is one of the strictest vaccine mandates from a U.S. company and one that includes employees who interact regularly with customers like flight attendants and gate agents.

U.S. companies such as Facebook announced employees have to prove that they have been vaccinated to return to the office. Others are requiring them for only for certain workers. Walmart, for example, said last week that it will be required for corporate staff and management-level employees. Uber said U.S. office staff will need to be vaccinated to return to in-person work but stopped short of requiring them for drivers.

Meatpacker Tyson Foods said this week its 120,000 U.S. employees must be fully vaccinated this year, though more than 50,000 already are.

“We know some of you will disagree with this decision to require the vaccine for all United employees,” United CEO Scott Kirby and President Brett Hart said Friday in an employee note. “But, we have no greater responsibility to you and your colleagues than to ensure your safety when you’re at work, and the facts are crystal clear: everyone is safer when everyone is vaccinated.”

United Airlines employees must upload proof that they received two doses of Pfizer or Moderna vaccines or one dose of Johnson & Johnson’s single dose five weeks after federal officials give full approval to them or by Oct. 25, whichever is first, the executives said. Exceptions will be made for certain health issues or religious reasons, United said.

Well put but we need a game plan to liquidate the tyranny. In the case of these big corporations, United Airline fascist thugs still depend on 65 000 people. I can say that in France or even Italy, such companies would be put out of service by the unions in 24 hours. Naturally not all unions can be trusted, but I think that when planes start falling from the sky because pilots suddenly drop dead after the vaccines, will do the trick to bankrupt for good United Airlines and the likes trying to put us in the worst type of… Read more »

There is ONLY one way to stop these monsters. How can call a company that takes over your medical freedom by ordering you to take an UNSAFE, UNTESTED, DANGEROUS, DEADLY pseudo vaccine weird genetic experimental therapy ? A MONSTER. And who can you sue if the vaccine kills you or damages you for life ? Nobody. It is in essence like in Nazi Germany. TOTAL FASCISM. There is a solution by the way for the employees, The French are experts in the field. It is called a general strike. Consumers also have to boycott these monsters, Now imagine a pilot… Read more »

Sadly, they have been brain washed by inaccurate information and fear. Scientism, as Patrick says.

I’m hoping that anyone with an adverse reaction will file for worker’s comp. A few extra thousands of those claims and insurance rates start to climb.

So even if every company, that is now requiring these “jabs” to keep your job, got 100% compliance, do you really believe that it will end there and end well?? Time to wake up! The clock is ticking.

This is so wrong. People must be informed and fight for their rights. America’s Frontline doctors have created legal letters that you can give to your employer asking for information about whether their health insurance covers adverse affects and informing your employer of possible adverse effects. You can download them here. They have them for schools too.

The flu is highly contagious and it kills, so why aren’t they and everyone else mandating that vaccine? In fact, what other private medical decisions should the government and employers weigh in on? And if vaccines are so important, what are we letting thousands upon thousands of untested, unvaxxed illegals over the border? I mean, if this is so important and all.

480,000+ deaths per year in the U.S. directly related to tobacco. Why doesn’t the government ban tobacco products?