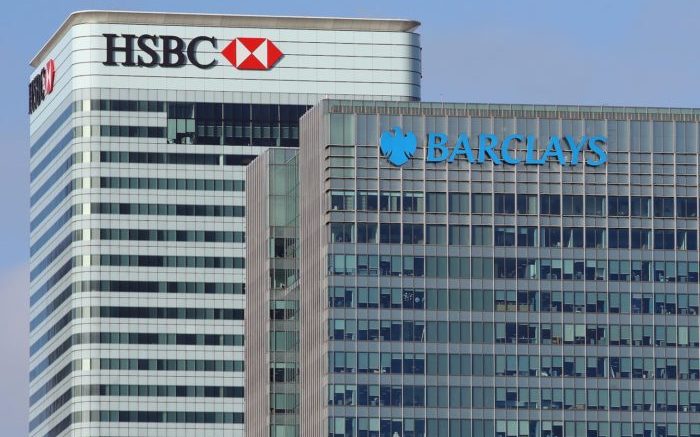 Never underestimate the power of the global money cabal, which is most powerful and self-interested lobbying group in the world. They will not walk away from their monopoly, nor will they give up on their prime directive to create a new economic world order, aka Technocracy. ⁃ TN Editor

Independently-controlled cryptocurrencies such as Bitcoin, Ethereum and Litecoin may or may not survive in the long run, but blockchain technology is definitely here to stay.  This technology has revolutionized how digital financial transactions are conducted, and it was only a matter of time before the big boys began to adopt it.  Previously, I have written about how the Washington Post is hyping something known as ‘Fedcoin’, but Fedcoin does not yet exist.  However, a digital currency that uses blockchain technology that is called ‘Utility Settlement Coin’ is actually very real, and it is currently being jointly developed by four of the largest banking giants on the entire planet.  The following was recently reported by Wolf Richter…

UBS, BNY Mellon, Deutsche Bank, Santander, the market operator ICAP, and the startup Clearmatics formed an alliance in 2016 to explore the use of digital currency between financial institutions and central banks, using blockchain.

The ultimate goal of the project is to create a digital currency known as Utility Settlement Coin (USC), which will facilitate payment and settlement for institutional financial markets.

I decided that I had to know more about Utility Settlement Coin, and so I decided to go to the source.

USC is an asset-backed digital cash instrument implemented on distributed ledger technology for use within global institutional financial markets. USC is a series of cash assets, with a version for each of the major currencies (USD, EUR, GBP, CHF, etc.) and USC is convertible at parity with a bank deposit in the corresponding currency. USC is fully backed by cash assets held at a central bank. Spending a USC will be spending its paired real-world currency.

UBS and Clearmatics launched the concept in September 2015 to validate the potential benefits of USC for capital efficiency, settlement and systemic risk reduction in global financial markets. The project was initially incubated as part of the UBS Crypto 2.0 Pathfinder Program, UBS’s initiative for research and experimentation on blockchain.

This could ultimately turn out to be a complete and total gamechanger.  UBS, BNY Mellon, Deutsche Bank and Santander are four of the biggest banks in the western world, and the fact that they are working on this project together is a sign that they are very serious about succeeding.

Will the general public still be willing to pay a huge premium for independently-controlled cryptocurrencies once the banksters start coming out with their own versions?

The cryptocurrency revolution is still in the very early stages, and nobody is exactly sure how it will end, but without a doubt the banksters will be a major player in this drama.  If you doubt this, just consider what one of the top executives at UBS is saying about Utility Settlement Coin…

“Digital cash is a core component of a future financial market fabric based on blockchain technologies,” said Hyder Jaffrey, Head of Strategic Investment & FinTech Innovation at UBS Investment Bank. “There are several digital cash models being explored across the Street. The Utility Settlement Coin is focused on facilitating a new model for digital central bank cash.“

I don’t like the sound of that at all.

We definitely do not want the banksters to co-opt this movement.  Blockchain technology should be used to free humanity from debt-based central banking, but instead the exact opposite could end up happening.

If someday independently-controlled cryptocurrencies are completely banned or suffocated nearly out of existence by oppressive regulation, the way would be clear for the banksters to force everyone to use their own digital currencies.  There are many nations around the world that have already gone nearly cashless, and the potential for tyranny in a cashless system where all digital currency is controlled by the banksters would be absolutely off the charts.

Michael Snyder is a Republican candidate for Congress in Idaho’s First Congressional District, and you can learn how you can get involved in the campaign on his official website. His new book entitled “Living A Life That Really Matters” is available in paperback and for the Kindle on Amazon.com.

Digital currency and block chain technology is a fraud.
It reminds me of the fools who bought pet rocks many decades ago.

It is interesting that they are calling it “utility” settlement coin. We all now that technocrats wants to change to energy credits, and our utilities bring us energy today.