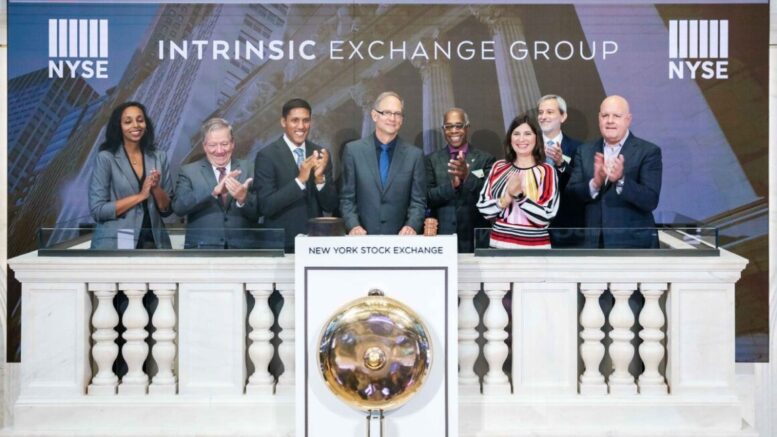 Please Share This Story!
PDF 📄
Wall Street’s “financialization of nature” is a twisted scheme that turns nature into a commodity, allowing investors to speculate on it. This is comparable to the massive derivative markets where value is hypothesized into betting instruments. Despite the rhetoric, it will not help to save the environment. ⁃ TN Editor

A project of the multilateral development banking system, the Rockefeller Foundation and the New York Stock Exchange recently created a new asset class that will put, not just the natural world, but the processes underpinning all life, up for sale under the guise of promoting “sustainability.”

Last month, the New York Stock Exchange (NYSE) announced it had developed a new asset class and accompanying listing vehicle meant “to preserve and restore the natural assets that ultimately underpin the ability for there to be life on Earth.” Called a natural asset company, or NAC, the vehicle will allow for the formation of specialized corporations “that hold the rights to the ecosystem services produced on a given chunk of land, services like carbon sequestration or clean water.” These NACs will then maintain, manage and grow the natural assets they commodify, with the end of goal of maximizing the aspects of that natural asset that are deemed by the company to be profitable.

Though described as acting like “any other entity” on the NYSE, it is alleged that NACs “will use the funds to help preserve a rain forest or undertake other conservation efforts, like changing a farm’s conventional agricultural production practices.” Yet, as explained towards the end of this article, even the creators of NACs admit that the ultimate goal is to extract near-infinite profits from the natural processes they seek to quantify and then monetize.

NYSE COO Michael Blaugrund alluded to this when he said the following regarding the launch of NACs: “Our hope is that owning a natural asset company is going to be a way that an increasingly broad range of investors have the ability to invest in something that’s intrinsically valuable, but, up to this point, was really excluded from the financial markets.”

Framed with the lofty talk of “sustainability” and “conservation”, media reports on the move in outlets like Fortune couldn’t avoid noting that NACs open the doors to “a new form of sustainable investment” which “has enthralled the likes of BlackRock CEO Larry Fink over the past several years even though there remain big, unanswered questions about it.” Fink, one of the world’s most powerful financial oligarchs, is and has long been a corporate raider, not an environmentalist, and his excitement about NACs should give even its most enthusiastic proponents pause if this endeavor was really about advancing conservation, as is being claimed.

How to Create a NAC

The creation and launch of NACs has been two years in the making and saw the NYSE team up with the Intrinsic Exchange Group (IEG), in which the NYSE itself holds a minority stake. IEG’s three investors are the Inter-American Development Bank, the Latin America-focused branch of the multilateral development banking system that imposes neoliberal and neo-colonalist agendas through debt entrapment; the Rockefeller Foundation, the foundation of the American oligarch dynasty whose activities have long been tightly enmeshed with Wall Street; and Aberdare Ventures, a venture capital firm chiefly focused on the digital healthcare space. Notably, the IADB and the Rockefeller Foundation are closely tied to the related pushes for Central Bank Digital Currencies (CBDCs) and biometric Digital IDs.

The IEG’s mission focuses on “pioneering a new asset class based on natural assets and the mechanism to convert them to financial capital.” “These assets,” IEG states, make “life on Earth possible and enjoyable…They include biological systems that provide clean air, water, foods, medicines, a stable climate, human health and societal potential.”

Put differently, NACs will not only allow ecosystems to become financial assets, but the rights to “ecosystem services”, or the benefits people receive from nature as well. These include food production, tourism, clean water, biodiversity, pollination, carbon sequestration and much more. IEG is currently partnering with Costa Rica’s government to pilot its NAC efforts within that country. Costa Rica’s Minister of Environment and Energy, Andrea Meza Murillo, has claimed that the pilot project with IEG “will deepen the economic analysis of giving nature its economic value, as well as to continue mobilizing financial flows to conservation.”

With NACs, the NYSE and IEG are now putting the totality of nature up for sale. While they assert that doing so will “transform our economy to one that is more equitable, resilient and sustainable”, it’s clear that the coming “owners” of nature and natural processes will be the only real beneficiaries.

Per the IEG, NACs first begin with the identification of a natural asset, such as a forest or lake, which is then quantified using specific protocols. Such protocols have already been developed by related groups like the Capitals Coalition, which is partnered with several of IEG’s partners as well as the World Economic Forum and various coalitions of multinational corporations. Then, a NAC is created and the structure of the company decides who has the rights to that natural asset’s productivity as well as the rights to decide how that natural asset is managed and governed. Lastly, a NAC is “converted” into financial capital by launching an initial public offering on a stock exchange, like the NYSE. This last stage “generates capital to manage the natural asset” and the fluctuation of its price on the stock exchange “signals the value of its natural capital.”

Like I said, putr psychopaths, loving only money will be their demise. Their greed has blinded them from mother earth wrath.

I don’t have to read the article to know what is happening here. They grant themselves goods, measures and awards all the time while they clap like idiot children who just used the big boy potty. Small minds; huge greed sociopaths. These murderous totalitarian profiteers have been working toward gaining control of the Earth’s resources for a long time. Sustainability? What a joke. They will control all the world’s resources! AND you will like it or else. No water. Sorry we own it; die of thirst. We don’t care. Want to take a walk in the wilderness. Sorry. We own… Read more »

“the Rockefeller Foundation and the New York Stock Exchange recently created” That is the key to the article. And now we know why Gates purchased so much property in America. This is leading to the world take over of everything so that no man may buy or sell unless they take the mark of the beast and his number is the 3- 6’s. The Rockefeller Foundation is connected to Bill Gates through Frederick Taylor Gates?  https://en.wikipedia.org/wiki/Frederick_Taylor_Gates https://www.answers.com/Q/Is_Frederick_T_Gates_related_to_Bill_Gates