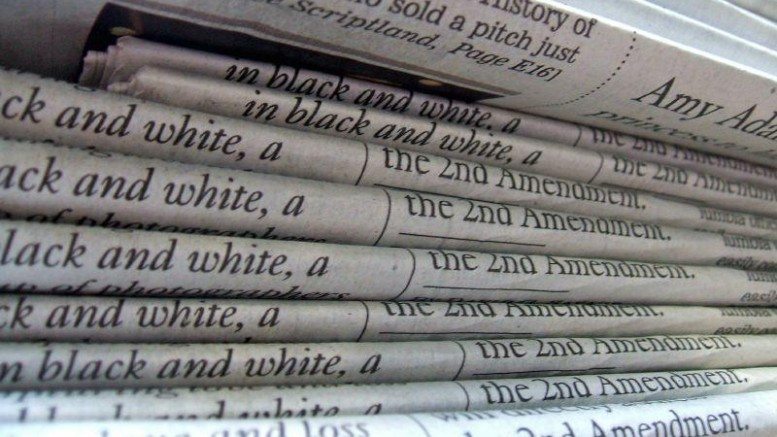 TN Note: As rich tech titans become super-rich, they are buying up media outlets and transforming them into organs for technocrat propaganda. The geographic concentration is seen mostly in the Silicon Valley and Seattle, but the trend is unmistakable.

The rising tech oligarchy, having disrupted everything from hotels and taxis to banking, music and travel, is also taking over the content side of the media business. In the process, we might see the future decline of traditional media, including both news and entertainment, and a huge shift in media power away from both Hollywood and New York and toward the Bay Area and Seattle.

This shift is driven by several forces: the power of Internet-based communications, the massive amounts of money that have accumulated among the oligarchs and, perhaps most important, their growing interest in steering American politics in their preferred direction. In some cases, this is being accomplished by direct acquisition of existing media platforms, alliances with traditional firms and the subsidization of favored news outlets. But the real power of the emerging tech oligarchy lies in its control of the Internet itself, which is rapidly gaining preeminence in the flow of information.

This transition is being driven by the enormous concentration of wealth in a few hands, based mostly in metropolitan Seattle and Silicon Valley. In 2014, the media-tech sector accounted for five of the 10 wealthiest Americans. More important still, virtually all self-made billionaires under age 40 are techies. They are in a unique position to dominate discourse in America for decades to come.

In recent years, like Skynet in the “Terminator” series, the oligarchs have become increasingly aware of their latent power to shape both the news media and the political future. A prospectus for a lobbying group headed up by Mark Zuckerberg’s former Harvard roommate, suggests tech will become “one of the most powerful political forces.” The new group’s “tactical assets” include not only popularity and great wealth but the fact that “we control massive distribution channels, both as companies and individuals.”

In the past, more hardware-oriented companies provided the “pipelines” through which traditional media disseminated their products. But increasingly these industries are being subsumed by the oligarchs. On the hardware side, they seek to supplant the traditional telecommunications companies with their own series of global digital pipelines; at the same time they are looking to gain control over large parts of the entertainment, news and other media providers.

The transformation of media to online platforms has already precipitated an enormous shift from traditional advertising – largely seen on television, in movies and print media – to Silicon Valley-based companies. By 2013, Google’s ad revenue surpassed that of either newspapers or magazines.

This shift also previews a migration of geographic power from centers such as New York and Los Angeles and to the hubs of tech influence, most notably Silicon Valley-San Francisco and the Puget Sound area. Even as the new software-based media expanded over the past decade, traditional media such as newspapers, music, book and magazine publishing – all concentrated in the New York area – have atrophied. According to an analysis of Bureau of Labor Statistics data by Mark Schill of Praxis Strategy Group, periodical and newspaper publishing have lost some 250,000 jobs. Over the same time, Internet publishing and portals generated some 70,000 new positions, many of them in the Bay Area or Seattle.

To the new oligarchs, traditional media are holdovers from what one venture capitalist derisively called “the paper economy” that is destined to be swept away by the new digital aristocracy. As relatively young people – even Bill Gates is barely 60 – they will have the money, and the time, to disseminate their views both to the masses and the influential higher echelons.

One way to consolidate such influence – as happened with Gilded Age moguls like William Randolph Hearst – has been to buy up the former bastions of old media. Chris Hughes, a Facebook billionaire and Obama tech guru, has bought the venerable New Republic. Perhaps more importantly, the purchase of the Washington Post by Amazon’s Jeff Bezos, now the country’s fourth-richest person, has placed the tech oligarchy at the center of media in the nation’s capital.

Yet, over time, acquiring existing media may prove just a sideshow. Far more critical will be the growth of their own oligarch-controlled news media. Yahoo is the No. 1 news site in the U.S., with 110 million monthly viewers. Google News isn’t far behind, at No. 4, with 65 million users. Facebook, according to Pew, has emerged as the second-largest source of political news, after local television.