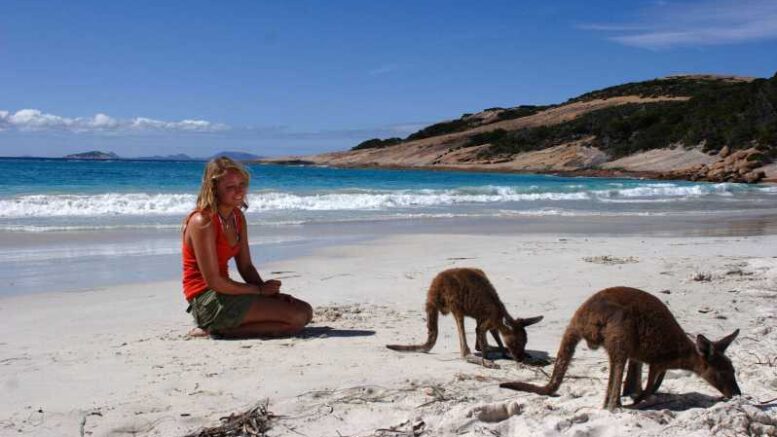 Please Share This Story!
PDF 📄
Western Australia has gone totally insane, allowing forcible detention of vaccine skeptics, removal of their clothing, including underwear, to be forcibly injected with a vaccine of the government’s choosing. This takes the concept of “police state” to a new level. ⁃ TN Editor

The state of Western Australia has legislated to allow police officers or other “authorised officers” to restrain individuals and, if deemed necessary, forcibly remove their underwear in order to administer a vaccine.

LifeSiteNews recently became aware of the legislation and is in communication with a number of residents of Western Australia who, until recently, were unaware of the extraordinary powers granted to the government in state law.

The so-called “reasonable force” includes the powers to:

(b) to detain the relevant person at the place where he or she is required to undergo medical observation, medical examination or medical treatment or to be vaccinated in accordance with the direction; and

(c) to restrain the relevant person —

(i) to enable a medical observation, medical examination or medical treatment to be carried out; or

(ii) to enable the relevant person to be vaccinated;

(d) to remove anything (including underwear) that the relevant person is wearing, if —

(i) the removal of the thing is reasonably necessary to enable a medical examination or medical treatment to be carried out or, as the case requires, to enable the person to be vaccinated; and

(ii) the relevant person is given a reasonable opportunity to remove the thing himself or herself, and refuses or fails to do so.

An Australian Broadcasting Corporation (ABC) “fact check” article on the issue was published in June this year when some social media–users first became aware of the legislation and raised alarm online.

The ABC article states that “[t]hese powers are only enforceable under a public health state of emergency, as was declared in Western Australia on 23 March 2020, in response to the COVID-19 pandemic.”

Dr. Rocco Loiacono, senior lecturer at the Curtin Law School in Western Australia, told LifeSiteNews that “there is no basis for any public health emergency since there has not been any community transmission of the virus in WA since early April!”

“The government should have declared the emergency over months ago,” Loiacono said, “but of course they will not now relinquish these newfound powers.”

Last month, Australian prime minister Scott Morrison announced that his government had made an agreement with the British pharmaceutical company Astrazeneca to supply Australians with their coronavirus vaccine for free, providing that the vaccine passes clinical trials. A few weeks after Morrison’s statement, worldwide trials for Astrazeneca’s coronavirus vaccine, which uses cell lines from an aborted baby, were temporarily stopped after a U.K. trial participant was taken ill.

Shortly after announcing the agreement with Astrazeneca, Morrison first said a coronavirus vaccine will be made “as mandatory as you can possibly make it” before quickly walking back the comments somewhat and saying the vaccine “is not going to be compulsory” and that “we can’t hold someone down and make them take it.”

Absolutely shocking! We are dropping to levels of state violence that resemble Nazi Germany or Stalin.

or the US. Babies just born are given a shot for Hep B, an STD. Also possible is a vitamin K shot. A DNA sample may be taken too. The level of aggression for vaccines is always increasing. Big Pharma has a large slush fund to pay off lawmakers who seem to be easily manipulated by lobbyists. It is an ongoing war on our rights by the medical mafia.

Comrade Andrews is trying to sneak through similar repressive legislation in Gulag Victoria to allow “authorized officers” (anyone the dictator deems appropriate, with no training or character / backgrounds specified) to detain, seize property and documents / data, for an indefinite period without charge or judicial review, as long as that “authorized officer” himself, herself (or, I presume itself,) feels that the detained person is, or may or could be planning on defying a public heath order. Remember the movie Minority Report – seemed a crazy futuristic paranoid plot, whereby people whom “the authorities” considered may have been about to… Read more »

At 81 (but that’s not the reason) I don’t remember any time when Victoria was democratic.

This is exactly what the Nazis were fighting… this is the party of Stalin.

Australian citizens better get their shit together and quickly. Their government has gone completely off the rails becoming a fascist state overnight that is run by third party mercenaries who protect the politicians’ desire for a Chinese social credit model–enslavement. Those elected but now aligned with the worldwide predatory group using covid as an economic tool will NEVER give up the powers they have granted themselves. EVER. Look out Australia or you will all be part of the planned enslavement model before the year is out. STAND UP NOW or lose your freedoms, privileges and perhaps even your lives in… Read more »

Is the Australian govt trying to out-do the NAZIS???? They’re pretty much there!

Yep! THIS is wtf happens when Citizens give up their firearms!!!

Why do people act so surprised? This sort of thing happens all the time, when people live in acquiescence. So get ready for the concentration camps, ladies and gentlemen.

When this stage of political power is being exercised by the administration of a free country it is no longer free. Anything a citizen does up to killing an authorized officer enforcing an unjust vaccination is quite understandable. I’m not even sure why they have not removed their parliament from power. Australia is now a police state and rebellion would be perfectly understandable.

What do you call those who “Western Australia” is paying to do such a thing?

What has happened to the backbone of the Aussies. They come within a few feet of any of my family members to take off their cloths could face the death penalty!!!

I will go a step further, that includes the mandatory masquerade!!

I was toying with the idea of visiting Australia. I’ve decided I don’t want to visit a communist country.

It’s been like that since 1788, up till when Australia was run by noble sаvages.

We are under a military medical dictatorship. Resist tyranny and obey God!

Nah, they are “only” after your money and property. “You own nothing and are happy”.

The constitution of Australia says that nothing can be given(injected) to a citizen unless they agree. Western Australian state laws are overridden by Commonwealth of Australia laws. This story is BS.

So you think a rule written on a piece of paper is going to save you. Look around, they’ve had little regard for any laws. They can do whatever they want, clearly.

“Emergency” designation allows anything, including force. Public Health fascists can override all human rights. And yes, it is a Nazi plan, “T4”, that is being followed.

It’s up to us to refuse to acquiesce. This must be our line in the sand.

the story is dead accurate. obviously you dont read much

Time to flee FOR YOUR LIVES!

[…] Within Western Australia, armed men can now physically restRAin you, remove your clothing, and plunge the shot into your arm. […]