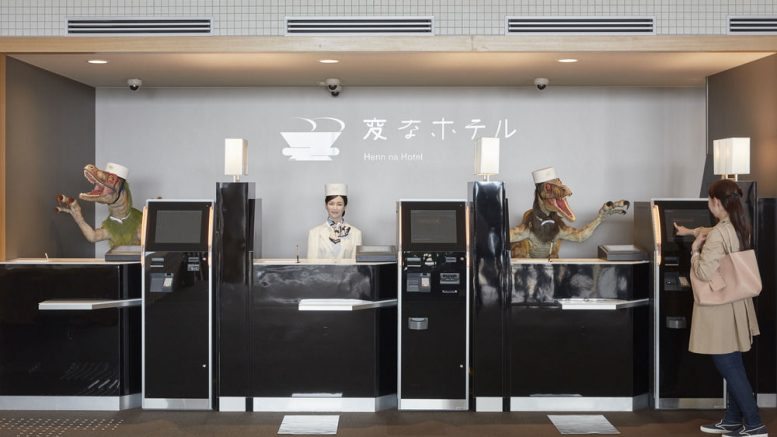 Please Share This Story!
PDF 📄
The Japanese hotel was opened with much fanfare in March 2017 as the world’s first robot-run hotel. TN wrote then, “They built it, but will anyone come?” Guests did try it out, but repudiated the whole thing with a myriad of complaints about the robots themselves. ⁃ TN Editor

A Japanese hotel reportedly fired half of its nearly 250 robot staff following various complaints from guests.

Henn-na Hotel, which employs various robots from check-in staff to in-room help, reportedly decided to lay off half of its robot employees after they proved to be more of a nuisance than a benefit.

According to CNET, “Henn-na’s robot staff was first employed in 2015 with the aim of becoming ‘the most efficient hotel in the world.’ But four years later, it seems that the 243 robots are less of a novelty and more of a nuisance. As a result, the Henn-na Hotel has fired half of them.”
CNET reported that a number of guests had complained about the robots, which allegedly woke them up in the middle of the night, interrupted conversations, and struggled to “answer basic guest questions without human help.”

“Bellhop robots were designed to carry luggage, but they could only move on flat surfaces and could only access a small number of rooms,” explained CNET. “Their hotel careers were also cut short.”

On Henn-na Hotel’s website, the hotel claims to be “the world-first hotel staffed by robots.”