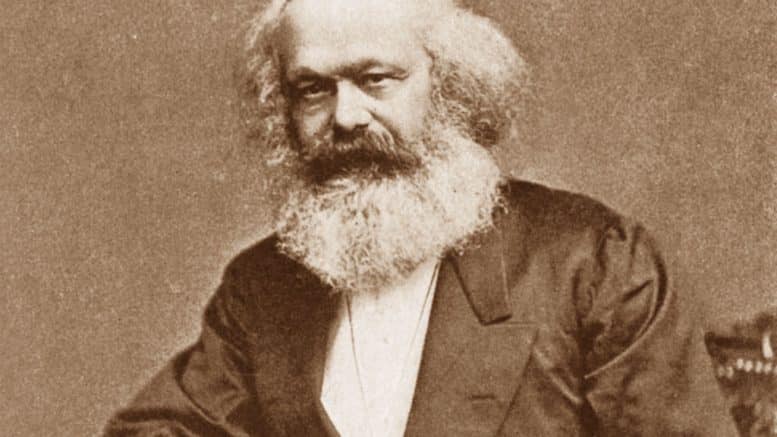 Please Share This Story!
PDF 📄
Finally, someone has correctly pegged the role of Marx, robotics, the destruction of capital and hence, the destruction of Capitalism and Free Enterprise itself. Zbigniew Brzezinski in Between Two Ages: America’s Role in the Technetronic Era, developed the idea that Marxism was a mere stepping stone to the end result of societal evolution, which he called the Technetronic Era, aka Technocracy. Thus, Capitalism will die and be replaced by Technocracy. Charles Hugh Smith has given the first clear explanation of how and why it will happen this way. ⁃ TN Editor

Whatever commoditized robots can produce is no longer profitable; rather, the production destroys capital.

Yesterday I discussed how robots only do work that’s profitable, as any enterprise buying, programming and maintaining robots to do unprofitable work will soon be out of business.

What few observers seem to grasp is that automation goes through two distinct stages of profitability: when robots/automation first replace high-cost human workers, profits soar. Observers then draw projections based on the belief that these initial profits will continue essentially forever.

But this initial boost phase of profits gushing from automation is short-lived;as the tools of automation are themselves commoditized and become available to anyone on the planet with some capital and ambition, lower cost automated competitors come to market, destroying the pricing power of the first adopter.

Once an enterprise is competing only with other automated enterprises, profits fall to near-zero as lower cost competitors emerge. Competitive advantages are small once a field has been commoditized/globalized, and there is little pricing power left except for brands that establish some cache people will pay extra to have and hold.

Karl Marx described this dynamic of profits cratering and then vanishing in the 19th century. Marx described the consequences of over-investment in commoditized production and the resulting over-capacity: when anyone with access to investors or credit can buy the same machinery—that is, the machines are interchangeable commodities such as sewing machines, power looms, etc.–the capacity to produce rises as every competitor attempts to lower the unit cost of each product by producing more.

In other words, the only competitive advantage in an economy of commoditized machines and products is to increase production by over-investing in productive capacity. If competition has lowered the price of products, those who can double their production will achieve profitable economies of scale.

Over-investment and overcapacity are intrinsic dynamics of production; those who fail to invest heavily in increasing capacity will become unprofitable. Once their capital is destroyed, they vanish in insolvency.

As Marx explained, every enterprise is driven to pursue the same strategy, and the end result is massive over-investment and overcapacity. The flood of products overwhelms demand, and prices fall below the production costs.

Over-investment leads to overcapacity that devalues whatever is being produced.

This leads to a counter-intuitive result: over-investment destroys capital.

The naïve faith that robots will generate so much wealth that humans will have no work has it backward: over-investment in commoditized robots and their commoditized production will destroy capital, not create it.

Recall that enterprises don’t have profits, enterprises only have expenses. Robots will never be free, due to their intrinsic complexity and use of resources and energy. As robots and other tools of automation become commodities that anyone can buy, whatever robots can produce is devalued accordingly.

In other words, whatever commoditized robots can produce is no longer profitable; rather, the production destroys capital.
This leads to a startling conclusion: this destruction of capital must be subsidized by taxing whatever is still profitable, i.e. whatever cannot be commoditized or automated.

In other words, enterprises profiting from human labor that can’t be replaced by commoditized (interchangeable) robots will be subsidizing intrinsically unprofitable robotic production that destroys capital.