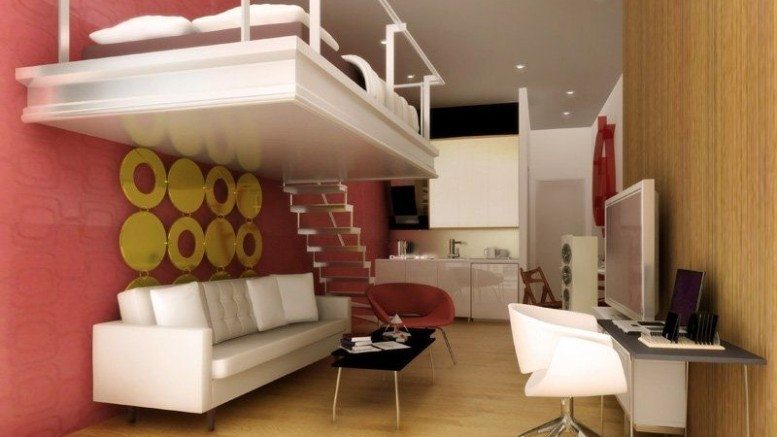 As more millennials graduate into better paying jobs, marriage and parenthood, real estate developers are doing all they can to entice this renter-nation generation in home ownership.

That means making urban homes more affordable, which means making them smaller. The tiny house movement may still be something of a novelty on home-remodeling TV shows, but in downtown Washington, D.C., as in other major cities, the tiny condo movement is moving quickly into the mainstream.

“They definitely notice it’s smaller, so it is an explanation; it takes a little bit of an adjustment,” said Chris Ballard, principal at McWilliams/Ballard, a marketing firm. Ballard works with the Peterson Cos., the developer of Ontario 17, a new condominium building in D.C.’s young and vibrant Adams Morgan neighborhood.

The condominium building, whose exterior is still getting finishing touches, is about 70 percent sold. While its penthouse units went the fastest, its tiny studios, barely bigger than 300 square feet, are getting serious millennial attention — especially with a price point of just $275,000, about half the neighborhood’s median price, according to Long and Foster Real Estate.

“Things are getting smaller, and people are starting to understand,” said Laina Lee, one of the sales managers at Ontario 17. “About 80 percent of all our buyers, including our studios and our one-bedrooms, have all been first-time homebuyers.”

Put a microwave and dishwasher in with the bunkbed and the prisoner might forget he/she is in a prison cell.

Very well put, Daniel! To me, that’s exactly the nature of the game: giving to those who live a life dictated by an outside authority (Big Brother) and ask: “Give us what we need, so that we’re happy!” It’s my view, that the growing numbers who awaken and see it coming and know the truth of their own lives, the desires of their hearts, as well as the truth of this agenda, will create a parallel world, causing this game to be transferred to a playground outside their world, or possibly witness it falling apart as a house of cards.… Read more »