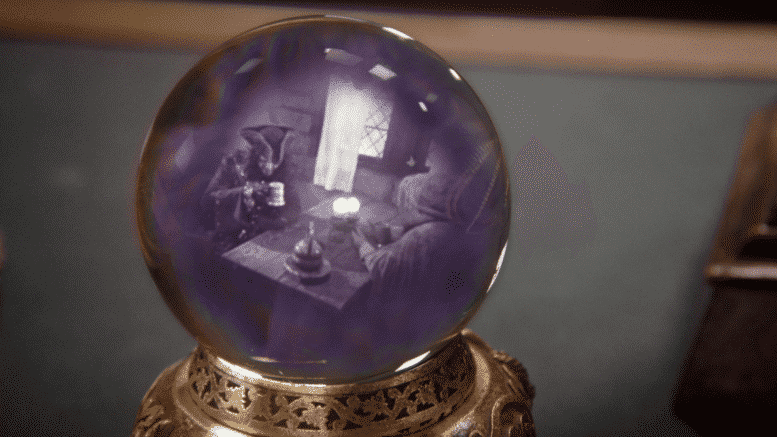 Please Share This Story!
PDF 📄
Predict. Henri de Saint-Simon,  the early father of Technocracy, defined Scientism: “A scientist, my dear friends, is a man who foresees; it is because science provides the means to predict that it is useful, and the scientists are superior to all other men.”

Insurance companies will punish consumers with this technology as they measure risk, often falsely, to determine who will get sick with what disease and when they will die. The following study does not include DNA analysis, but that will come soon enough. ⁃ TN Editor

Scientists recently trained an AI system to evaluate a decade of general health data submitted by more than half a million people in the United Kingdom. Then, they tasked the AI with predicting if individuals were at risk of dying prematurely — in other words, sooner than the average life expectancy — from chronic disease, they reported in a new study.

The predictions of early death that were made by AI algorithms were “significantly more accurate” than predictions delivered by a model that did not use machine learning, lead study author Dr. Stephen Weng, an assistant professor of epidemiology and data science at the University of Nottingham (UN) in the U.K., said in a statement. [Can Machines Be Creative? Meet 9 AI ‘Artists’]

To evaluate the likelihood of subjects’ premature mortality, the researchers tested two types of AI: “deep learning,” in which layered information-processing networks help a computer to learn from examples; and “random forest,” a simpler type of AI that combines multiple, tree-like models to consider possible outcomes.

Then, they compared the AI models’ conclusions to results from a standard algorithm, known as the Cox model.

Using these three models, the scientists evaluated data in the UK Biobank — an open-access database of genetic, physical and health data — submitted by more than 500,000 people between 2006 and 2016. During that time, nearly 14,500 of the participants died, primarily from cancer, heart disease and respiratory diseases.

All three models determined that factors such as age, gender, smoking history and a prior cancer diagnosis were top variables for assessing the likelihood of a person’s early death. But the models diverged over other key factors, the researchers found.

The Cox model leaned heavily on ethnicity and physical activity, while the machine-learning models did not. By comparison, the random forest model placed greater emphasis on body fat percentage, waist circumference, the amount of fruit and vegetables that people ate, and skin tone, according to the study. For the deep-learning model, top factors included exposure to job-related hazards and air pollution, alcohol intake and the use of certain medications.

When all the number crunching was done, the deep-learning algorithm delivered the most accurate predictions, correctly identifying 76 percent of subjects who died during the study period. By comparison, the random forest model correctly predicted about 64 percent of premature deaths, while the Cox model identified only about 44 percent.

This isn’t the first time that experts have harnessed AI’s predictive power for health care. In 2017, a different team of researchers demonstrated that AI could learn to spot early signs of Alzheimer’s disease; their algorithm evaluated brain scans to predict if a person would be likely to develop Alzheimers, and it did so with about 84 percent accuracy, Live Science previously reported.

Another study found that AI could predict the onset of autism in 6-month-old babies that were at a high risk of developing the disorder. Yet another study could detect signs of encroaching diabetes through analysis of retina scans; and one more — also using data derived from retinal scans — predicted the likelihood of a patient experiencing a heart attack or stroke.