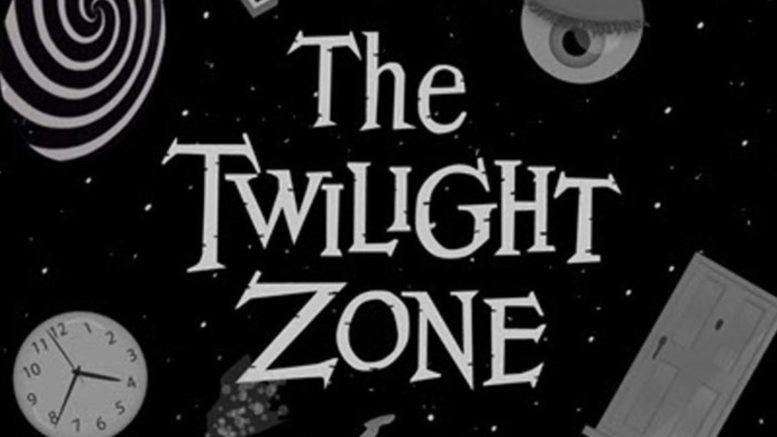 “We’re developing a new citizenry. One that will be very selective about cereals and automobiles, but won’t be able to think.”—Rod Serling

Have you noticed how much life increasingly feels like an episode of The Twilight Zone?

Only instead of Rod Serling’s imaginary “land of both shadow and substance, of things and ideas,” we’re trapped in a topsy-turvy, all-too-real land of corruption, brutality and lies, where freedom, justice and integrity play second fiddle to political ambition, corporate greed, and bureaucratic tyranny.

It’s not merely that life in the American Police State is more brutal, or more unjust, or even more corrupt. It’s getting more idiotic, more perverse, and more outlandish by the day.

In Georgia, political organizers posted a “Black Media Only” sign outside a Baptist Church, barring white reporters from attending a meeting about an upcoming mayoral election.

In Arizona, a SWAT team raided a family’s home in the middle of the night on the say-so of Child Protective Services, which sounded the alarm after the parents determined that their 2-year-old—who had been suffering a 100-degree fever—was feeling better and didn’t need to be admitted to the hospital.

In Virginia, landlords are requiring dog-owning tenants to submit their pets’ DNA to a database that will be used to track down (and fine) owners who fail to clean up after their dogs poop in public.

In Texas, a police officer who allegedly gave a homeless man a sandwich with dog feces won’t be held accountable for his actions.

In Illinois, Chicago police used a battering ram and a sledgehammer to crash into a family’s home with weapons drawn, terrorizing the young children gathered for a 4-year-old’s birthday party, only to find that they were at the wrong house.

In Kansas, a 61-year-old back man in the process of moving into his new house found himself held at gunpoint and handcuffed by police, who refused to believe he was a homeowner and not a burglar.

If you’re starting to notice a pattern here, it speaks to the fact that nearly 50 years after Serling’s creative brainchild, The Twilight Zone, premiered on national television, we’re still fumbling around in the dark, trying to make sense of a world dominated by racism, cruelty, war, violence, poverty, prejudice, intolerance, ignorance, injustice and a host of other social maladies and spiritual evils.

The Twilight Zone was an oasis in television wasteland: a show that captured imaginations; challenged moral hypocrisy and societal prejudices; and railed against inhumanity, racism, prejudice, the mechanization of human beings by way of their technology, tyrants of all shapes and colors, a passive populace, war, injustice, the surveillance state, corporate greed.

Fifty years later, with so much having changed legally, technologically and politically, so much still remains the same. Fear is the same. Prejudice is the same. Ignorance is the same. Hate and war and tyranny are unchanged. Police officers are still shooting unarmed citizens. Bloated government agencies are still fleecing taxpayers. Government technicians are still spying on our communications. And American citizens are still allowing themselves to be manipulated by their fears and pitted one against the other.

All of these themes can be found in The Twilight Zone.