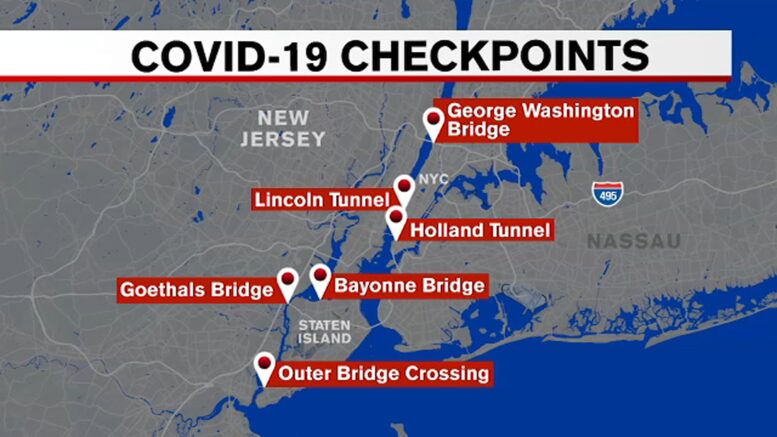 Americans who refused to say “No!” in the first place now find themselves in a quagmire of incremental authoritarianism that risks becoming a full-on police state in 2021. Now that Thanksgiving has been desecrated for millions, what will Technocrats do to destroy Christmas? ⁃ TN Editor

For folks in the Sunbelt and other places that still feel like America, the COVID-19 holiday restrictions seem more than a little over the top. In Los Angeles, restaurants are shuttering at 10 p.m. on Thanksgiving Eve and may only provide take-out. This was announced after proprietors had ordered all of the necessary inventory for their Thanksgiving reservations and spent thousands to modify their facilities.

This is despite the fact the L.A. Department of Health has no data on the transmission of COVID-19 in outdoor dining facilities. The Board of Supervisors admitted as much during a call on Tuesday. Supervisor Janice Hahn noted the severe community pushback that the board has been getting. She voiced concerns that the public was losing confidence and trust in the Board’s decisions. Gee, you think?

However, if you live in New York City, what is going on in Los Angeles seems low-key. America’s worst mayor, Bill de Blasio, has decided he will be placing checkpoints at the entrances to the city. These will be operated by law enforcement to strictly enforce the travel quarantine:

The city’s regulations mandate that travelers either quarantine for 14 days or take a COVID-19 test to prove they don’t have the virus. Violations of self-quarantine will be enforced, and may carry fines of $1,000 to $2,000, according to the mayor’s office.

And there are forms! Like the forms you fill out when you go through customs when returning from a foreign country, you will be required to produce your papers when you enter New York City:

New York City Sheriff Joseph Fucito said the sheriff’s office will be conducting spot checks when out-of-state buses drop riders off. In addition, deputies will check cars with out-of-state – and even New York – licenses plates. Test-and-trace teams will also be on the ground to help direct people to testing sites while providing “education” about quarantine, MSN.com reported.

“The city will enforce the completion of traveler forms at airports, Penn Station and the Port Authority Bus Terminal. There will be self-test site teams on site,” the news site said.

It won’t be long before there are checkpoints that prevent residents from leaving New York City. Mayor de Blasio might want to note that his tax base is fleeing, and they are not coming back:

According to statistics obtained by the New York Post, there have been about 300,000 requests from the USPS for a change of address since March. It appears that most of the requests are from people planning to move out of the city — many, out of the state.

Earlier this summer, Governor Andrew Cuomo was pleading with wealthy residents to return. He even offered to cook them dinner. But even that is verboten now as there are guidelines about gathering indoors with people from other households. Even the governor had to go a bit sheepish when his plans to spend Thanksgiving with his elderly mother and other family members were discovered.

Perhaps the most disturbing plan has been hatched in Vermont. I guess the state that has elected socialist Bernie Sanders to the Senate for decades has decided to go full Stalin. Children will be questioned about their Thanksgiving holiday activities, and families may be required to quarantine if they dare to dine with people from another household.

As of November 14, “Republican” Governor Phil Scott has banned gatherings between households:

This includes both inside and outside social gatherings, in public and private spaces. This means that visitors to Vermont can only socialize with the people they are traveling with. They cannot gather with Vermonters or with people from another traveling group.

Welcome to the State of Fear in later 2020. The treatments are worse than the virus.

Voter Fraud Hearings: 11/25/2020 Pennsylvania Happy Thanksgiving! Every freedom loving American must watch the video of the electoral fraud hearing that just happened Wednesday. Since the Presidential Election (11/03/2020) Globalist Corporate Media (FOX, CNN, MSNBC, local affilliates) and Big Tech have taken the lockstep strategy of insisting that there was no substantiated evidence of fraud. I’ve spent many hours reviewing videos, testimonials regarding obvious fraud. The hearing in Pennsylvannia was a great summary of those findings. In the bigger scheme of things the Plandemic and the George Floyd riots have served the globalist UN agenda well. The surge in mail-in ballots, justified by the… Read more »

What they will do? Vaccinate them. So they should be at home when the troops of the savior pop in next week: “On the nth day, God crea­ted the “the chosen one” to kill the American people at warp speed – trust the plan, obey!” – https://coronistan.blogspot.com/2020/11/on-nth-day-god-created-i-am-chosen-one.html

No mention of the Tappan Zee Bridge soon the be the Mario Cuomo Bridge.

Stand up Patriots. I’m 77, a no-mask wearer, and I KNOW this is all just a scam so they can ruin our country.

I had an idea last night – that all of us who are objectors to the great reset should wear a badge – I thought of a white square with a green “L” followed by a superscript ‘?’ to show we are objectors to inter alia lockdown – I firmly believe we are the silent majority and we need a way of identifying each other and for the technocrats to see the extent of our numbers