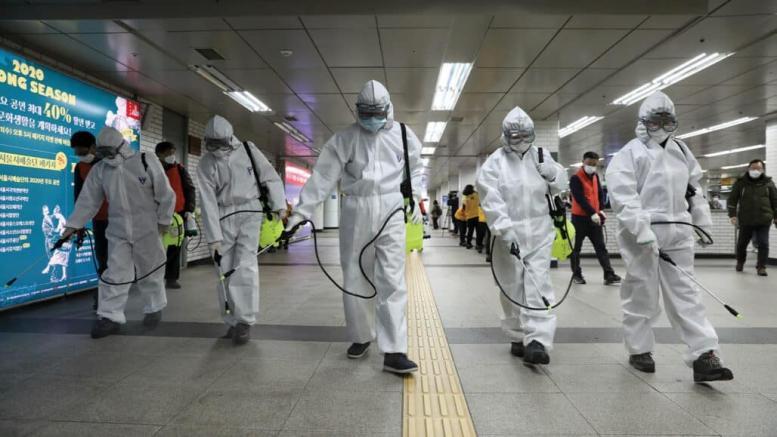 Please Share This Story!
PDF 📄
Whatever crisis might present itself, the solution will always be Sustainable Development, aka Technocracy, which proves that Technocracy is the endgame after the demise of Capitalism and Free Enterprise. ⁃ TN Editor

If you’re feeling a mounting sense of apocalyptic unease as you wash your hands and sing “Happy Birthday” for the eighth time this morning, you are not alone.

It is perfectly possible that before 2020 is half over, we will be in a global recession exacerbated by a pandemic and an oil price crash. And it is all playing out against the backdrop of a climate emergency that is proceeding at terrifying speed whether it is on the front pages or not.

But while stock markets veer between fear and greed, some of us find ourselves ricocheting from fear to hope. (And back again.)

Beyond this week’s initial economic package, it is entirely possible that the Trudeau government will soon have to step up with a massive economic stimulus, perhaps one even bigger than a decade ago.

And while U.S. President Donald Trump seizes this crisis moment to bail out his billionaire friends in unsustainable industries, Prime Minister Justin Trudeau – preparing a budget and searching for a unifying second-term mission – could and should bail out people and the planet instead.

In fact, the response to this period of converging crises is a once-in-a-lifetime opportunity for the federal government to initiate a reset of our economy and society, putting Canada on a path toward zero emissions, and bringing immediate material benefits and enhanced, 21st century universal public services to everyone – prioritizing Indigenous, racialized and working class communities – that is, the people who need them most.

In other words, this is the ideal moment for Canada to launch the decade of the Green New Deal, a sweeping vision launched nationally last spring by more than 150 climate and social justice organizations, building on momentum south of the border from U.S. congresswoman Alexandria Ocasio-Cortez and the Sunrise climate movement. Essentially, it recommends an unprecedented public investment in a justice-based transition that creates a vast number of well-paying (preferably unionized) jobs, solves our crises in housing, crumbling infrastructure, health and education, inadequate transit, and deep inequality. This kind of public investment would vastly expand the tax base and stabilize the economy at the same time.

We know this can be done in Canada. During the Second World War, under the leadership of none other than “minister of everything” C.D. Howe, this country created 28 new crown corporations to manage every aspect of the war effort. That’s the level of commitment we need for a rapid shift to a climate-safe and more equal economy.

And we certainly have the resources to do it.

As a Globe and Mail editorial said recently, Canada “can deploy fiscal stimulus worth tens or even hundreds of billions of dollars, if necessary. And it can borrow at the lowest interest rates in human history, which it can lock in for decades.”

In the midst of all these terrifying and converging disasters, this is perhaps the greatest opportunity – to shatter the shackles of austerity thinking and see the potential for government to do big things, like actually lead a democratic and inclusive response to the climate emergency at the speed and scale that science and justice require.

TIME for The People to REVOLT- talk Political Death Penalty law for politicians that are causing people to work themselves to death. And boycotts to end the careers of writers, lawyers & bureaucrats that promote renewable energy & Carbon Taxes. There is enough Spent Nuclear Fuel, fuel that can still be mined and in the ocean to power the entire world “forever”, “forever and ever” ! And if nuclear material is not used in Molten Salt Reactors (MSR’s) & the Traveling Wave Reactors (TWR’s) it will all turn to lead. There are about 10 companies that have designed MSR’s, some… Read more »

The State of Oregon’s mayor by executive order signed a cap and trade bill even though it was hotly contested. Don’t matter what we want they are going to do what they want and you can’t stop them, well that is how they are acting like foolish dumb children.

Time to standup, America. The Communists are coming to take away your property, assets and your independence.
But first of all they come after your guns.

Do not accept this dictatorial rule. Reject them all by being brave and to save your state and The Republic.

“To conquer a nation, first disarm its citizens.” Adolf Hitler.

Do not let them take away your guns.