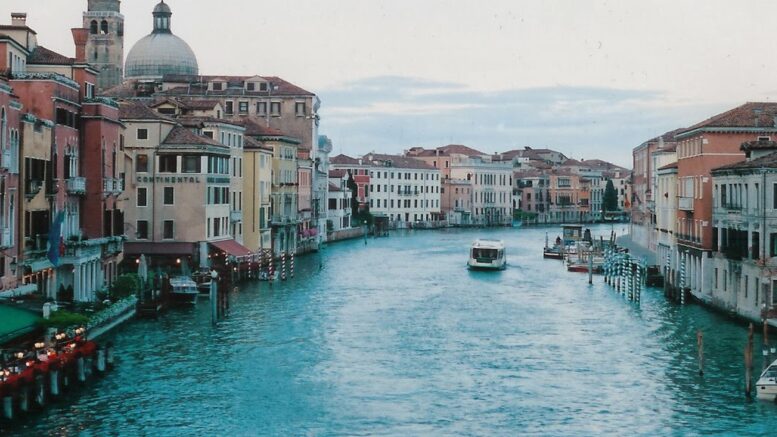 Please Share This Story!
PDF 📄
Medical Technocrats in Big Pharma have government leaders eating out of their hand as lockdowns and mandates expand for yet another season. People of the world are being levered into taking the shot, whether they want to or not, by disallowing personal freedom and privileges on a mass scale. ⁃ TN Editor

Italy last month took a groundbreaking step for a Western democracy: Requiring the nation’s workers — public and private — to get government-issued health passes. The move amounted to a grand experiment to persuade the unvaccinated, who could keep receiving a paycheck only by getting inoculated or undergoing regular testing.

Four weeks later, with many countries now considering mandates of their own, Italy is showing what might be feasible in the deep stages of a vaccination campaign.

The emerging lesson seems to be that a forceful policy can indeed reap a payoff — at least, a modest one. Many minds won’t change, but some might. For the price of some resistance, a country can vaccinate a sliver of its population that otherwise would have stayed out of reach.

Some might argue that such a modest gain isn’t worth the social price. In Rome, police on one occasion used tear gas and water cannons to constrain protesters.

But health professionals and government officials say even a few percentage points can be crucial. Around 78 percent of Italians have received at least one vaccine dose — the fourth-highest rate among the 27 nations of the E.U. And as Europe confronts another wave, countries with vaccination rates in the upper 70s are faring far better than those in the 60s. Analysts say the country is well-positioned for the winter, and there is little indication that its hospitals will be overwhelmed.

“The pandemic is striking relatively softly here,” said immunologist Sergio Abrignani, who serves on a scientific committee advising the government. “I am convinced we are doing the right thing.”

But while some people can be persuaded by policy — Italy estimates 560,000 people have gotten vaccinated in response to the workplace Green Pass requirement — it’s also true that hundreds of thousands are locked in deep resistance. Over the last four weeks, the number of daily swab tests performed in Italy has shot up some 60 percent. Unvaccinated workers are spending up to 200 euros per month on tests just to continue earning a paycheck.

“If anything I am now even more dead-set against vaccination,” said Arturo Pitardi, 24, a porter at an office building in the northern city of Padua. He said the need to re-up his Green Pass through testing keeps him in a “constant state of anxiety.” One time, he could find availability only at 4 a.m.

“Many people I know caved in after just a week and got vaccinated,” Pitardi said.

WHOLE PICTURE REALITY IN 1 MINUTE IS: Most politicians are corrupt or hold hostages in restraints for to keep the following explained system continue:…Include government rate payments and you understand that you already pay more than 100% of your income to rate payments….that force to create price bubbles….In a real democratic country, taxes are against the law, though not needed…check that up and you understand that taxes are invented just for the reason that private central bankers can put rate on there “out of thin air made loans” to governments. Present turn over in this system started 1946 in Bretton Woods… Read more »

If the rising number of deaths and severe reactions continues to increase this could all change overnight. Sergio Abrignani may be convinced that “we are doing the right thing” but he’s building his triumphant house on sand. If indeed the vaccines are destroying general natural immunity then the winter may see many deaths from non-covid illnesses.

They’ll just blame the unjabbed for that while continuing to cover up true mortality by physically keeping people out of hospitals and banning autopsies from even happening. It’s unprecedented evil.

The more the vaccine is pushed the more people recognize the tyranny involved.
It also keeps the focus off the coming economic “Great Upset”.

These people have got to learn at some point that mandates are not legal. What part of not legal do those people in politics NOT understand? Nowhere in the world that I know of, can you FORCE people to do things like this. But they CAN pay them. Usually Africa is their stomping ground because those people are so impoverished they’ll do anything for a dime, including killing themselves or their children to test a drug/shot. Believe me, the politicians and the medical industry KNOW that. Those people/businesses/corporations/ are unconscionable. It’s how they operate because it’s all they know. This… Read more »

Unfortunately, we all know there is only one way this can end. Il Duce was so admired by another infamous, legally elected head of state, who enjoyed mass support from the military, secret police, goons, industry, average people, and cowards. Once a regime gains the kind of power and total social control, they will NEVER relinquish it peacefully. Once Russia is given back to Mary Queen Immaculate her army will restore the Church and the Christian princes of the world, and a period of peace will be granted, before the final triumph of Her Immaculate Heart over the world, the… Read more »

France will require anyone over 65 to have a booster shot if they want to keep their health pass Friend, God alone knows what they are injecting you with at this point! No jab, no food. No Mark of Beast, no job or money. It’s called the New Normal and they have been planning this war for years. It gets weirder every day. Now the drug lords have no reason, but to increase poisonings and injections in primarily CHILDREN, that they are destabilizing these concoctions by no longer requiring storage in the sub-zero ultra cold freezers. What happens to these… Read more »