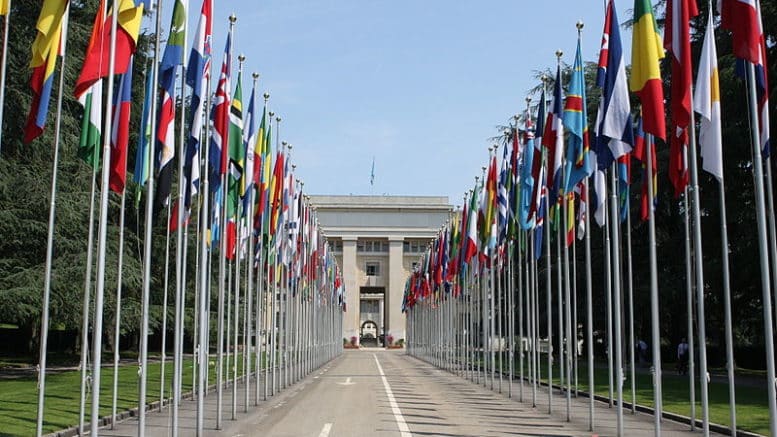 Please Share This Story!
PDF 📄
Although he is 100 percent correct, Newman is getting hammered for his remarks: “anti-science, fringe views”, “whacko”, “bizarre”,  “crazed conspiracy theorist”. His remarks were directed toward Christiana Figueres who previously stated that the UN’s goal is to destroy Capitalism and Free Enterprise and replace it with Sustainable Development, aka, Technocracy. ⁃ TN Editor

Climate change is a hoax developed as part of a secret plot by the United Nations to undermine democracies and takeover the world, a top adviser to Tony Abbott, Australia’s prime minister, has warned.

Maurice Newman, the chief business adviser to the prime minister, said the science showing links between human activity and the warming climate was wrong but was being used as a “hook” by the UN to expand its global control.

“This is not about facts or logic. It’s about a new world order under the control of the UN,” he wrote in The Australian.

“It is opposed to capitalism and freedom and has made environmental catastrophism a household topic to achieve its objective.” Born in Ilford, England, and educated in Australia, Mr Newman, a staunch conservative and former chairman of the Australian Stock Exchange, has long been an outspoken critic of climate change science.

He was appointed chairman of the government’s business advisory council by Mr Abbott, who himself is something of a climate change sceptic and once famously described climate change as “absolute cr**” – a comment he later recanted.

In his comment piece – described by critics as “whacko” – Mr Newman said the world has been “subjected to extravagance from climate catastrophists for close to 50 years”.

“It’s a well-kept secret, but 95 per cent of the climate models we are told prove the link between human CO2 emissions and catastrophic global warming have been found, after nearly two decades of temperature stasis, to be in error,” he wrote.

Respect. It takes guts to say it like it is. On my small scale I am presenting data showing that we have been fooled. I am so knowledgeable on the subject that I can answer almost all scientific questions relating to it with data. When it finally comes down to the question : “but why would they do such a thing ?” And I answer talking about the Club of Rome, the UN and the NWO, technocracy, Maurice Strong… Boom, debate ends, the average mind switches off. I guess after appearing like a scientist, which I am, I am now… Read more »

Excellent, indeed! Could you please give me your link to get more information to be posted on the internet? I would like to support your good hard work. Cheers!