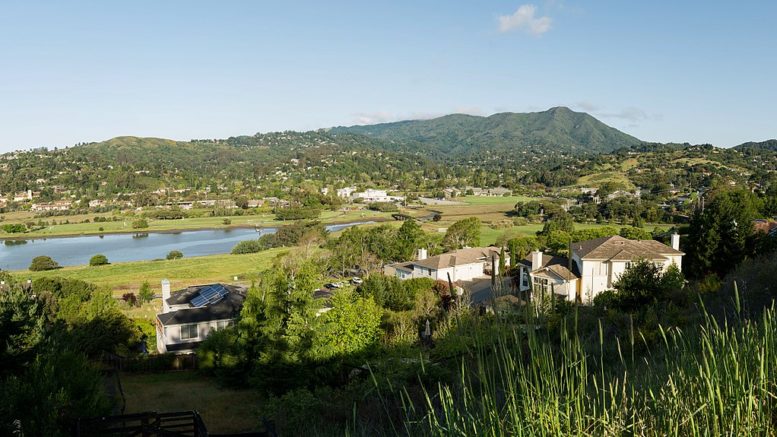 Mill Valley is one of the richest communities in northern California. Wikimedia Commons .

5G Technocrats who blatantly ignored early health warnings are now embroiled in conflict with cities who are blocking installation over those same concerns. As the news cycle spreads these development, other cities are further encouraged to throw up stop signs. It’s going to be a tectonic battle. ⁃ TN Editor

The city council had received 145 pieces of mail concerned about negative health impacts, reports TechCrunch, compared to just five letters in support of small cells. The concern is over the impacts of exposure to electromagnetic fields, although the small cell antennas for 5G emit less radiation than those used for 4G.

With the vote, Mill Valley became the third community in Marin County to pass a similar ordinance, following San Anselmo and Ross.

The health concerns about 5G are exacerbated because the service will require more small cells placed throughout cities, closer to residents than have been necessary for other wireless technologies. Critics have said that the radiation could cause increased risk of cancer, fatigue, headaches and other effects, although research has been inconclusive (that has not stopped the California Department of Public Health from issuing controversial warnings about the health effects of personal cell phones). The National Cancer Institute summed up the field by saying a “limited number of studies” showed evidence of a “statistical association of cell phone use and brain tumor risks,” but added that “most studies have found no association.”

Wireless communications trade association CTIA echoed the lack of evidence in an emailed statement to Smart Cities Dive: “We follow the guidance of the experts when it comes to antennas and health effects. Following numerous scientific studies conducted over several decades, the FCC, the FDA, the World Health Organization, the American Cancer Society and numerous other international and U.S. organizations and health experts continue to say that the scientific evidence shows no known health risk to humans due to the RF energy emitted by antennas or cell phones. The evidence includes analysis of official federal brain tumor statistics showing that since the introduction of cell phones in the mid-1980s, the rate of brain tumors in the United States has decreased.”