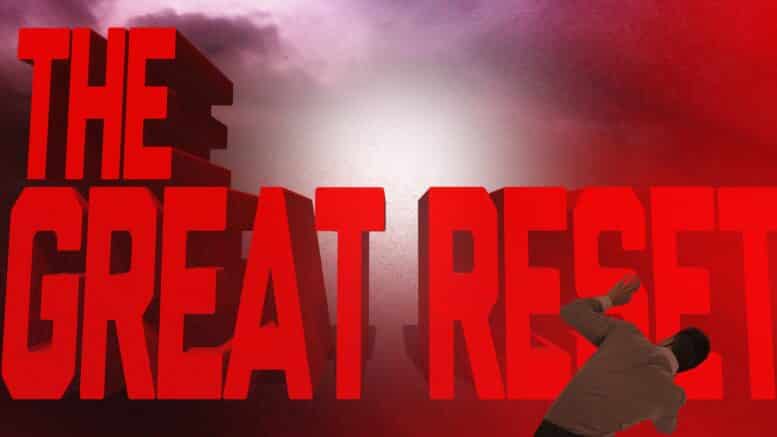 Please Share This Story!
PDF 📄
This article does not acknowledge Technocracy but it does identify Global Totalitarianism that is being eagerly embraced by the Biden Administration. A top-to-bottom rework of American society will allow Technocracy to grow deep roots into the foundations of our nation. ⁃ TN Editor

As of this writing, more than 104 million people have contracted coronavirus worldwide, and nearly 2.5 million have died. In the United States, more than 450,000 deaths have been attributed to the Wuhan Flu. In a better world, the Chinese communist thugs who lied about both the origins and the severity of the pandemic would be treated as the international pariahs they have proven themselves to be. In this one, an equally contemptible bunch of multinational corporatist thugs with oligarchic ambitions will not only continue doing business as usual with China but will rely on Beijing as an ally in their pursuit of what they call The Great Reset. In short, never let a crisis — or a worldwide, society-altering catastrophe — go to waste.

“To achieve a better outcome, the world must act jointly and swiftly to revamp all aspects of our societies and economies, from education to social contracts and working conditions,” insists World Economic Forum (WEF) CEO Klaus Schwab, a German octogenarian orchestrating this elitist power grab. “Every country, from the United States to China, must participate, and every industry, from oil and gas to tech, must be transformed. In short, we need a ‘Great Reset’ of capitalism.”

Capitalism? A WEF-created video posted on Facebook reveals Schwab is a bald-faced liar. Of the eight “predictions” the globalists wish to impose on the world by 2030, the very first one gives the entire game away. It shows the smiling face of a young man with the following caption underneath:

“You’ll own nothing. And you’ll be happy.”

People who own nothing can be many things. A capitalist in control of one’s own destiny isn’t any of them. And in case the message still isn’t clear, the second “prediction” is equally telling:

“Whatever you want you’ll rent. And it will be delivered by drone.”

Rent? From whom, if nobody owns anything? The answer is simple. While millions of people have been locked down, and while their jobs and futures have been eviscerated, America’s billionaire class increased its own wealth by a staggering $434 billion since the stock market began its recovery in March. While ordinary Americans stood in food banks and waited desperately for stimulus checks, the stock market soared. And when, for the briefest of moments, the bounties of that stock market accrued to the interests of smaller traders at the expense of those billionaires, the rules of the game were altered by those for whom the Rule of Law no longer applies.

Lawlessness — of the in-your-face variety — is the essence of The Great Reset. And capitalism has nothing to do with any of it. “When Americans went to buy cars, or even light bulbs and shower nozzles, they found their choices limited by deals between government, industry, and insurance companies,” explains columnist Angelo Codevilla. “These entities regarded each other as ‘stakeholders’ in an oligarchic system. But they had ever less need to take account of mere citizens in what was becoming a republic in name only. As the 20th century was drawing to a close, wherever citizens looked, they saw a government and government-empowered entities over which they had ever less say, which ruled ever more unaccountably, and whose attitude toward them was ever less friendly.”

The 21st century has seen an exponential increase in that dynamic. For all intents and purposes, there is no separation between the Ruling Class elites in both political parties and their allies in Big Tech, academia, Hollywood, and virtue-signaling corporations, all of whom have made it clear that any dissent from their agenda will inevitably lead to one being “un-personed,” in all its Orwellian permutations. Continued resistance may earn one a designation as a “domestic terrorist,” even as the elites’ corporate mouthpiece, more familiarly known as the mainstream media, has tirelessly endeavored to tie the entire bloc of 74 million Americans who voted for Donald Trump to the handful of people who rioted at the Capitol.

The elites’ targets include sitting Republican senators who dared to question the integrity of the 2020 election. Senators who will now be judged by what amounts to a Star Chamber of secret deliberations, conducted by the Senate Ethics Committee.

In the meantime, the same Democrats who called President Trump a “dictator” when he issued a handful of executive orders and actions are completely sanguine with a President Joe Biden issuing 40 of them in his first 10 days in office. When and if they actually legislate, Democrats will attempt to use the power of the purse to effectively — and unconstitutionally — nationalize elections to ensure the permanence of their power.

And while coronavirus has kept Americans distracted, the real transition to global governance with be engendered by climate change. “It might be a good idea for President Biden to call a climate emergency,” contends Senate Majority Leader Chuck Schumer, who apparently has no problem making the legislative branch of government increasingly irrelevant in pursuit of unassailable power. He is joined by Climate Czar John Kerry who, despite his own predilection for private jets, insists, “[The Great Reset] will happen with greater speed and with greater intensity than a lot of people might imagine. In effect, the citizens of the United States have just done a Great Reset. We’ve done a Great Reset. And it was a record level of voting.”

One suspects a duplicitous hack like John Kerry knows full well Americans didn’t vote for serfdom. But if he and his party’s ambitions are realized, voting will become a largely symbolic exercise whose chief purpose will be to maintain the illusion that people have choices — and that the nation-state he and his fellow globalists so clearly despise still exists.

A neighbor went to work at a mall this week. Full of Chinese spending freely. This is a mammoth southern California mall. No other race shopping. Looks like the Chinese are going to end up with all the money to do as they please.

We need to not buy from them as much as possible. No Chinese food. No Chinese landlords. No Chinese COVID massage parlor. In fact anywhere you see a Chinese owner, don’t buy. Probably sounds a bit racist but I can’t stand China and the CCP infiltration. It isn’t about race anyway because I love the Taiwanese who are the same race, but not CCP. It gets a bit harder to avoid online, but I ask if something is Chinese, only if it isn’t I will buy. Do buy from Taiwan. Even after asking, sometimes an item will come that is… Read more »