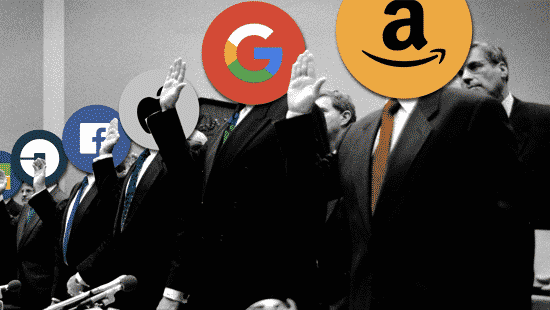 Technocrats are compelled to hoard data and they disdain any pockets of data that cannot be freely mined for their own use. They are ‘ready to rumble’ with California state lawmakers over the newly passed California Consumer Privacy Act. ⁃ TN Editor

The tech industry is mobilizing against a new California privacy law, likely the toughest in the country.

The California Consumer Privacy Act was rushed through the state legislature, where it was approved unanimously, and quickly signed by Gov. Jerry Brown (D).

The new law requires websites to show users what data is collected on them, what the data will be used for and to identify third parties who have been given access to the data. Internet users will also have the right to opt out of having their data collected and sold and to request that their information be deleted.

It is one of the most comprehensive privacy laws passed in the U.S. and comes after the European Union implemented a set of data privacy regulations that cracked down on data collection practices.

But the law, which doesn’t take effect until 2020, is now the center of a new fight as the tech industry pushes for changes.

Robert Callahan, the vice president of state government affairs for the Internet Association, said Thursday that the trade group is worried about the lack of input the bill received before passage.

“Data regulation policy is complex and impacts every sector of the economy, including the internet industry. That makes the lack of public discussion and process surrounding this far-reaching bill even more concerning,” Callahan said.

“It is critical going forward that policymakers work to correct the inevitable, negative policy and compliance ramifications this last-minute deal will create for California’s consumers and businesses alike,” he added.

“While today’s law marks some improvements to an overly vague and broad ballot measure, it came together under extreme time pressure, and imposes sweeping novel obligations on thousands of large and small businesses around the world, across every industry,” said Katherine Williams, a spokeswoman for Google.

“We appreciate that California legislators recognize these issues and we look forward to improvements to address the many unintended consequences of th​e law.”

The bill though has also divided many privacy and consumer advocates.

Some see it as a landmark law that will shake up the nation’s debate over privacy and data. But others have dismissed it as watered-down and have prefer a ballot measure that would have imposed even tougher restrictions on data collection.

That ballot measure also included a provision that would require a supermajority in both the Assembly and the Senate in order to alter its language, sparking alarm among state lawmakers.

Critics of the California law say the ballot initiative led legislators to quickly ram through their own bill first.

“It’s clear that this law would not have passed had that ballot initiative not been hanging over everyone’s head,” John Simpson, an advocate with Consumer Watchdog, said in a phone interview.