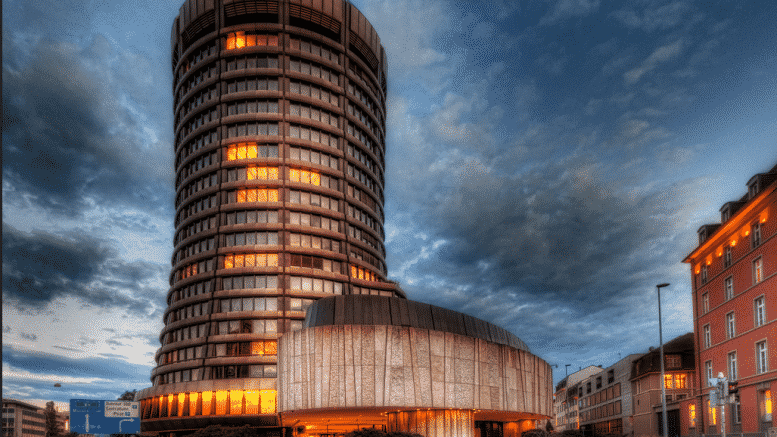 The BIS is the central bank to central banks and is at the very heart of Technocracy. It’s Technocrats have deemed open digital currencies to be anathema to the financial system; however, they are themselves working on their own digital currency where they will be the custodians of the blockchain. ⁃ TN Editor

Please use the sharing tools found via the email icon at the top of articles. Copying articles to share with others is a breach of FT.com T&Cs and Copyright Policy. Email licensing@ft.com to buy additional rights. Subscribers may share up to 10 or 20 articles per month using the gift article service. More information can be found here.
https://www.ft.com/content/78bf5612-0b1a-11e8-839d-41ca06376bf2

Central banks must clamp down on bitcoin and other cryptocurrencies to stop them “piggybacking” on mainstream institutions and becoming a “threat to financial stability”, the head of the Bank for International Settlements has warned.

Agustín Carstens, general manager of the BIS – known as the bank for central banks because it is where they hold accounts – condemned bitcoin as “a combination of a bubble, a Ponzi scheme and an environmental disaster”.

His comments came as growing signs of a backlash against cryptocurrencies by mainstream financial institutions contributed to another steep fall in the price of bitcoin, which means it has lost almost two-thirds of its market value in the past month.

Bitcoin extended its recent losses on Tuesday morning to briefly fall below $6,000 per coin, down more than $13,000 from its peak in December.

“To date, many judge that, given cryptocurrencies’ small size and limited interconnectedness, concerns about them do not rise to a systemic level,” said Mr Carstens in a speech at Goethe University in Germany on Tuesday morning.

“But if authorities do not act pre-emptively, cryptocurrencies could become more interconnected with the main financial system and become a threat to financial stability.”

Mr Carstens, the former head of Mexico’s central bank, conceded that many of the world’s main central banks have closely examined the potential to transform their own operations using blockchain, or distributed ledger technology (DLT), which underpins cryptocurrencies.

But he said: “In practice, central bank experiments show that DLT-based systems are very expensive to run and slower and much less efficient to operate than conventional payment and settlement systems.”

Pointing out that the “mining” process to create new bitcoins uses the same amount of electricity as Singapore each day, Mr Carstens said “the current fascination with these cryptocurrencies seems to have more to do with speculative mania than any use as a form of electronic payment, except for illegal activities”.