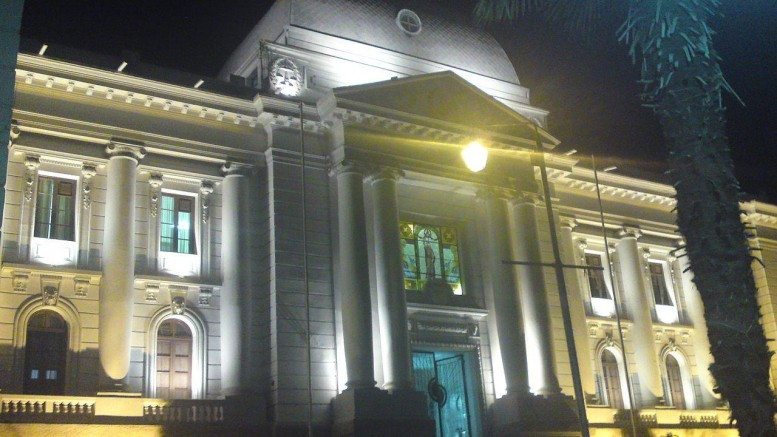 TN Note: Bolivia is the poorest nation in South America, where 45% live in abject poverty. One reason the nation is so poor is because it has been repeatedly plundered by the global elite over the last 40 years. Nevertheless, what better place to implement the 2030 Agenda goal of “Eradicating poverty everywhere”? If if first you don’t succeed, try, try again.

With the adoption of the UN Sustainable Development Goals last week, we have a clear outline for the global political ambitions for the next 15 years. Before we start the discussion about setting national strategies for how to work towards the 17 goals, ranging from hunger and poverty, to climate change and gender inequality, I would like to turn your attention to La Paz, the capital of the poorest country in South America. Here we find inspiration for how to model future sustainable development.

Approximately 45 percent of the Bolivian population lives in poverty (1) and it has the highest rate of illiteracy in the region. In the slums of La Paz, 42 percent of children under five are under- or malnourished (2) . But from this austere foundation a miracle has emerged.

In 2014, the first-ever class of Claus Meyer’s Melting Pot foundation graduated from cooking school and they have been followed by more graduates since. You might recognize the name Claus Meyer, as he is the co-founder of the world renowned restaurant NOMA — which was elected the World’s Best restaurant four times in recent years. Maybe you have also heard that he has been one of the driving forces of the New Nordic Food Movement, which emphasizes the use of local and sustainable foods.

In 2011, he created the Melting Pot Bolivia Foundation, an initiative to enhance future opportunities and improve the quality of life for marginalized people by focusing on food, food craft, and entrepreneurship, applying the principles behind one of the most exclusive and high-end restaurants to one of the poorest countries in the world.

In collaboration with the Danish independent development organization, IBIS, he launched a gourmet restaurant with an integrated cookery school named GUSTU as a socioeconomic venture. Over the next two years an additional 13 micro restaurants will educate more than 3,000 young people in the slum district of El Alto, outside La Paz. The goal is that these initiatives will lift up a new generation of culinary entrepreneurs, foster a Bolivian food movement, and revive a sense of pride in the Bolivian food culture. In 2014, GUSTU was voted the 32nd best restaurant in Latin America by Restaurant Magazine and The Best Restaurant in South America by Como Sur Magazine.

The project in Bolivia is a microcosm of how food can become an entry point for sustainability, health, job-creation, social protection and renewed cultural pride. It shows how food can be a silver bullet to address a range of complex and interconnected challenges and it gives us the recipe for the food systems of tomorrow. Food systems that not only are sustainable and healthy, but also the point of departure for resilient societies.

This case is one of many examples featured in the new publication “EAT in Sustainia” that is launched today. The publication offers a taste of the food systems of tomorrow and provides insights into some of the most innovative opportunities and solutions for creating sustainable and healthy food systems, while simultaneously addressing many of the challenges represented by the SDGs.