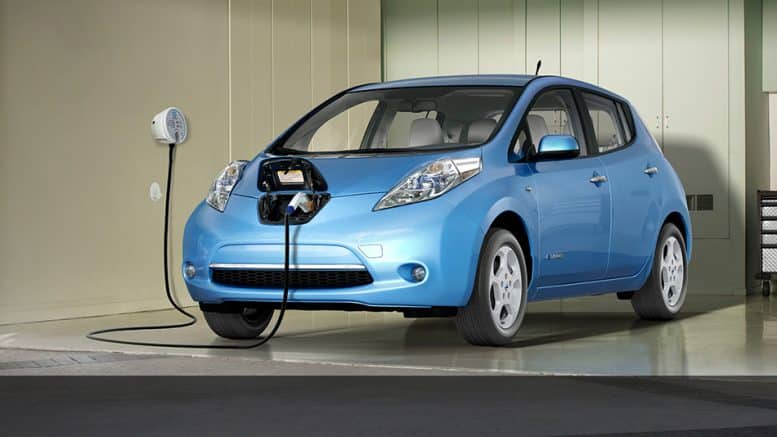 Please Share This Story!
PDF 📄
“What, me worry? Buttigieg lives in a fantasy world where just imagining something can make it a reality. A nation full of EVs would outstrip the energy grid and cause an environmental catastrophe. Green dreamers do not care about either, but only pushing their agenda to drive the world into Sustainable Development, aka Technocracy. ⁃ TN Editor

On Tuesday’s broadcast of the Fox News Channel’s “Your World,” Transportation Secretary Pete Buttigieg stated that states like New York and California will be ready to transition to electric vehicles by 2035, and that “if the United States of America can’t execute a transition like this over the course of more than a decade, I don’t know what to tell you, this is America, of course, we can do something like that.” Buttigieg also stated that different states will have different approaches, and the power issues in California and post-hurricane outages in Florida, are “a great example of one of the many benefits” of electric vehicles because some have power that can flow in both directions.

Host Neil Cavuto asked, “Secretary, as you know, much of the power was out across half the state of Florida for a while. Much of it has resumed, sir. But it did make some folks think, boy, these electric vehicles that are being pushed, between what happened in Florida and the grid that was compromised to the point where California Gov. Newsom (D) wanted people to cool it for a while on when and how often they charged their EVs, do you think this reminds folks that we’re not ready or the EVs are not ready for prime time?”

Buttigieg responded, “Well, actually, I think this is a great example of one of the many benefits of those tools. You know, I was just at the Detroit Auto Show a couple of weeks ago. One of the things that was very impressive about some of the vehicles that we saw, including, for example, the pickup trucks that are on the market — entering onto the market right now, is that their power can actually flow both ways. So, in an extreme event, from a neighborhood resiliency perspective, they can actually work, basically like a generator, except that you don’t have to have diesel ready for them. What they’re doing is they’re using the battery capacity to power a home, and in that sense, could be very useful in a scenario like this. Look, I don’t think anybody thinks that we’re ready here, sitting here in 2022 for a scenario where, overnight, there is some instant transition to electric vehicles.”

Buttigieg answered, “Well, yeah, I mean, GM said they’re not even going to be making anything but electric vehicles after 2035. So, if the United States of America can’t execute a transition like this over the course of more than a decade, I don’t know what to tell you, this is America, of course, we can do something like that. Different states have different approaches.”

I’m not afraid. Know why?
Most of us will be dead before 2026 the way things are going.

So they want the masses to walk. Serfs walk, lords ride.

“I smell an electrical fire.”

I mean, beyond the you-are-a-data-platform surveillance and carbon credit-bank the technocrats et al want to go all-in on an electric basis during an era (over the next 20 years or so) when the Earth is increasingly losing its magnetic protection from the 150-year average of Sun solar output. The last time the Sun burped up a good CME it set the telegraph wires on fire. If the Sun had another CME like the Carrington event ( https://en.wikipedia.org/wiki/Carrington_Event ) the whole of the SMART cities might catch fire.

But then, maybe that’s the point.

Blah-blah-blah. Butty-man can talk all he wants, but the FACTS are they can’t mine enough lithium to make all those EVs by 2035 or 2135. And as another commenter pointed out, most of us won’t be around in 2035 anyhow. (So maybe their will be enough EVs to go around, but no electricity to charge them…)