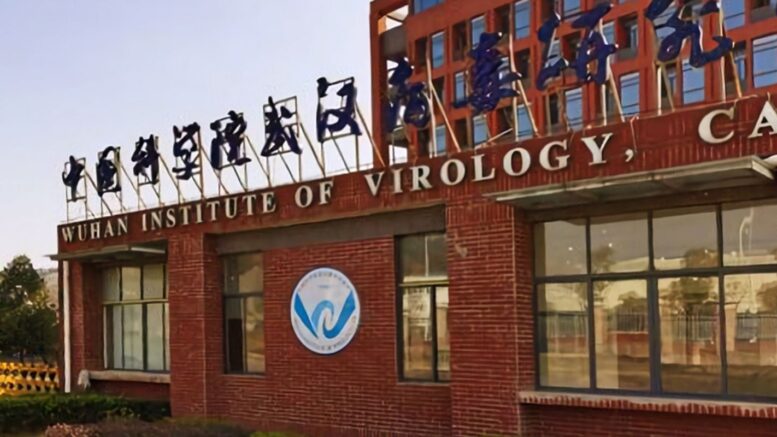 Posted By: James Anthony via The Post Millennial June 7, 2021

Please Share This Story!
PDF 📄
Regardless of country of origin, all Level 4 virology labs have direct connections to the military of their host nation and are staffed with Technocrat-minded scientists who have no ethical constraints on their research. Creating killer GMO viruses has no purpose except to wage bio-warfare. ⁃ TN Editor

In the next few years, the world could see almost 60 maximum security Level 4 virology labs in operation. The Guangdong province announced in May that it was planning to build between 25 to 30 biosafety labs in the next five years. 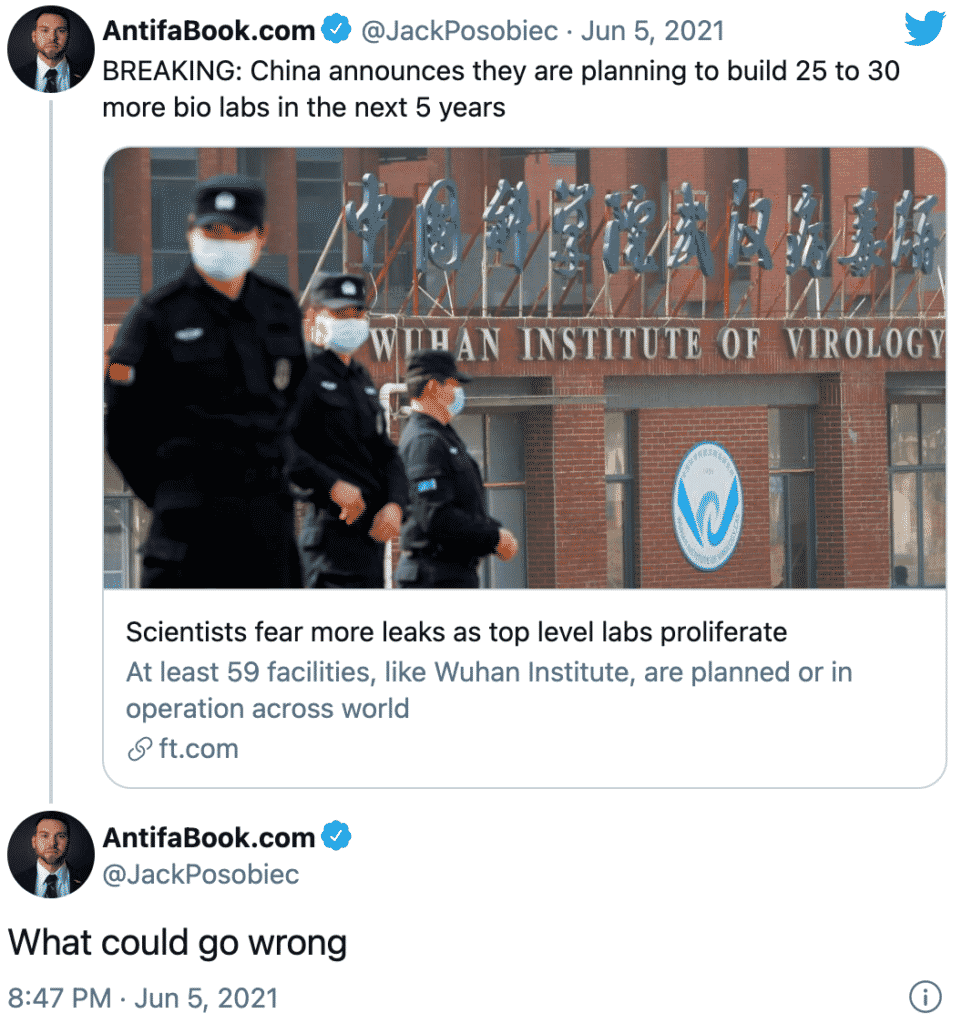 The facilities will be flung all over the globe, spanning 23 countries including the United Kingdom, the United States, India, Gabon, and Côte d’Ivoire.

The current Wuhan Institute of Virology is now at the center of an investigation by US authorities into whether COVID-19 could have leaked from its lab.
About 75 percent of these facilities are or will be built in urban areas, which has experts around the world worried about the possibility of further “lab leaks.”

“Reporting is getting better certainly in some countries such as the UK and US where there has been media coverage of this, but we’re not yet where we want to be. The more work that is going on, the more accidents will happen,” commented Filippa Lentzos of King’s College in London, the Financial Times reported.

“The larger the number of institutions and the larger the number of individuals with access to these dangerous agents, the greater the risk.
Ebright said that accidents and leaks have happened in large numbers in places that have weaker biosafety standards. “We need to strengthen biosafety and biosecurity rules around the world,” the scholar urged.
Such laboratories used to carry out the most dangerous biological research have proliferated in the past decade with scientists now warning that lax controls at several locations could lead to another pandemic. Many experts have said the probe into the origins of COVID-19 has shown the problems of running high-risk experiments in the country. In March, 13 countries criticized China for not allowing full access to data and samples relating to the start of the pandemic.

The apocalyptic video games i’ve seen being played seem to be picture perfect to have exactly where all this is headed..

Virology labs without a virus. Hahaha, what a crazy world

In another video he says the following:

“I tell the story of how it developed so that you can understand how a fraud developed from an error, a crime from a deception and, in the industrialization of this crime, this madness which threatens all of us, all of humanity.”
– Dr. Stefan Lanka – “Dr. Stefan Lanka – Pandemic Theater (2009)” – https://www.youtube.com/watch?v=5umdG1kp3mE&t=3m31s .

The report did not state of the intention to build labs around the world.

Would it not be more to the point (as well as a world safety issue) to ask why the US/UK et al has around 200 biolabs around the world that both Russia as well as China is asking for more transparency?

With this current amount of biolabs around the world, are you suggesting that leaks can only come from China? This is rich.

You are speaking like a troll, but I will answer you anyway. There are currently 52 BLS-4 facilities in the world. China intends to increase that amount by 50%. Since when is China asking for more transparency? To steal research from other labs? China ha stonewalled every internal and external investigation of the Wuhan lab and pulled every string at its disposal to suppress information around the world.

“China To Build 25 More Level 4 Virology Labs Around World”
That way, China has cover by getting other BOZO countries to unleash bioWMD.