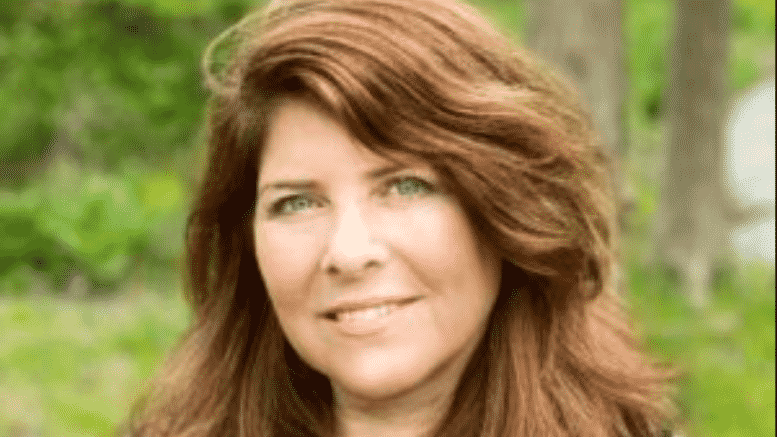 Please Share This Story!
PDF 📄
This article ignorantly smears Dr. Naomi Wolf for her anti-vaccine views, even though she is a major voice for progressivism and feminism. This underscores the fact that Big Tech censors issues rather than ideologies and is not just anti-conservative.

When examining the issues that are being censored, a clear pattern of Technocrat agenda emerges. Conservatives just happen to be more likely to touch those forbidden topics, but it is a dangerous and false notion to conclude that all Big Tech censorship is directed against conservatives. ⁃ TN Editor

The author Naomi Wolf has been suspended from Twitter after using it to spread myths about the pandemic, vaccines and lockdown.

Wolf, who wrote the influential feminist work The Beauty Myth, holds staunch anti-vaccine views. Last month she told a US congressional committee that vaccine passports would “re-create a situation that is very familiar to me as a student of history. This has been the start of many, many genocides.”

As the pandemic continued, the author variously claimed that vaccines were a “software platform that can receive uploads” and that “the best way to show respect for healthcare workers if you are healthy and under 65 is to socialise sensibly and expose yourself to a low viral load”.

In her most recent post, she argued that “vaccinated people’s urine/feces”(sic) needed to be separated from general sewage supplies/waterways until its impact on unvaccinated people via drinking water was established.

Her suspension was widely applauded on the social media platform. One tweet read: “Thanks, @Twitter, for finally suspending Naomi Wolf for spreading harmful and floridly delusional anti-vax disinformation.” Others observed: “Never forget. Naomi Wolf’s suspension could not have come any sooner.” Another said: “Congratulations to naomi wolf who is i think the first person to be banned from here for being too stupid.”

The award-winning author Steve Silberman, who is a historian of autism, said: “I’ve been reading vile anti-vaccine propaganda for 20 years, and Wolf’s claims were as out-there and delusional as I’ve ever seen.”

Some supporters criticised the ban, claiming it was the result of US government pressure and a blow to free speech, and called for her account to be reinstated. Twitter has said the suspension is permanent and no appeal will be allowed.

Take A Deep Breath In And Out $heeple, . . . Then Read The Following: . . . There Never Was Any god little g, Nor the devil little d, nor satan little s, Nor jesus little j $heeple . . . . They Were, And Still Are A Creation Of Ancient Control Freaking Men . . . That Would Be Nice, Because We Could Really Use god little g’s , or the fathers help Right Now, But Unfortunately yahweh little y, And  yahusua, little y . . . aka god little g, and the “SUN” of god little g Are… Read more »

You do realise, don’t you, that your beliefs correspond with what the corporate world would also have us believe? Last I checked, self-interested greed, that has no roots whatsoever in learning, was not the place to go to acquire wisdom. Simply put, you’ve been suckered into the modern idea that Christianity is for the backward and simple minded; and you badly underestimate it, as a result. For instance, are you aware that Christian theology and philosophy not only exists, but is the only form of thought known to man which coherently allows for meaning and order? Nothing else provides for,… Read more »

Hum, well your argument is messy and long, and Dyer is not a good source of “Bible knowledge” since he doesn’t believe it himself. Is Dyer a born again Christian? Listen to him speak, and he will prove himself not to be. Mr. Evans probably has no desire to hear truth, the devil (Satan) makes sure there is much confusion so the true way is hard to find, especially Mr. Evens whom the devil has provoked hatred of God and made him believe that Satan and demons do not exist. He will know soon enough the truth. Jesus is God,… Read more »

For your own reading: https://www.wayoflife.org/reports/orthodoxy.html Dyer quotes from the Orthodox study Bible, in the video from your link, around mark 13, he is quoting from page 1457. For your information it is best to read the Bible without commentary because commentary is the opinion of a man, or men of what they think it means. There are two manuscripts used today, the approved “Roman Catholic one” by Wescott and Hort, most Bibles today have Roman Catholic translators and commentator’s and the other Textus Receptus which is not Roman Catholic approved. They hate the King James Bible. The Roman Catholic approved… Read more »

I’ll tell you what, the “god” that created humanity, created these people, and sure did them a lot of favors; made them more devious, deviant, more cold-blooded, gave them money (helped them come up with the concept (read your Bible). And in the meantime created the regular people to follow other rules, so that we could be lorded over. So, this “god” is not too nice, actually.

God did not create EVIL wicked people. People have free will to choose. God is waiting for man to choose Jesus Christ as their personal Savior, until then you are free to choose to go to heaven or hell. Evil and wickedness is sin. And you are a sinner just like I am. We have an adversary Satan who has his followers too, and evil wicked people are deceived by him, they too have free will to choose heaven or hell. Jesus is God and he loves all, but he won’t wait forever. “For God so loved the world that… Read more »

Wrong, Dawnie. It does prove something. The “conservative” movement believes that Big Tech is promoting leftism/communism at the expense of conservatism. This is a false notion. Technocrats in Big Tech kill any narrative that goes against their globalization narrative, and that includes criticism of Big Pharma. Naomi crossed the line and got banned. Many other progressives have been banned by Big Tech for the same or similar transgressions. Big Tech doesn’t give a rip who you are politically – if you transgress the narrative, you are cancelled.

President Trump ran on the conservative platform and takes full credit for this “vaccine” yet the leftists are more into it than the rest. What gives? Also ironic how all these lefties talk about smashing “the system” while working for the upper 1% and giving all the world’s wealth to billionaires. And consider themselves the cultured intellectuals but do nothing but cancel or twist culture–while they add nothing. The truth is it’s not really communism we’re fighting here. Though a lot of the stupid thugs hired by technocrats believe it is. Any leftist who knows what’s up is cool with… Read more »

That’s actually not true either. Certain controlled opposition characters (in the fullest sense), such as Elon Musk don’t get cancelled when they encroach a little bit, because the globalists want there to be dissent so that the dividing lines are clearer (the strategy is almost all based on division; division of people from their friends, family, and themselves). That’s why they’re monitoring this site at this very moment. They want to know who we all are and what we’re saying, so that, if need be, they can formullate a “response” of sorts, if it will help create division. There are… Read more »

These terms chosen by the author are so poorly-defined and ethereal in general that this word salad of an article in fact says nothing of substance and merely provides a veneer of cover against valid criticism.

How much they paying you Pat?

Bob, you are being really ignorant here. I did not write this story, nor am I promoting its ideas. I clearly wrote at the top in Editor’s comments that the article “ignorantly smears” Wolf. The point of presenting the article is to establish that Big Tech censors based on ISSUE rather than IDEOLOGY.

Beautiful And Highly Intelligent Dr. Naomi Wolf Has It Right, And The Low Digit Idjit IQ’er $heeple Ding Dong Zombies Who Stupidly Applauded Her Being Banned From Fascist Censoring Twitter For Simply Telling The Truth About The Deadly Toxic, Human Genome Altering-Destroying Faux Vaccines Were And Are Completely Wrong, . . . But That’s OK Because If They Received Their 2 For The Moment Death Jabs, That They Will Not Be Around For Very Long, Once They Encounter Another Actual “Real Corona Virus”, Being A Cold Or Annual Flu One, And Their Bodies Implode From The Deadly Toxins Inside Them… Read more »

Considering Silberman states he has been listening to anti-vax information for 20-yrs and Naomi is the most “delusional” (LOL) he should definitely use his dictionary to look up the definition of ‘idiot’ as no sane person could follow worldwide vaccine research, both wins and loses, and still be that stupid. He’s an historian? OMG! Talk about rewriting history for the elitists.

Maybe he’d have better luck looking up the word ‘comprehension’?

Why is her “anti vaccine” information called “vile” as though it were “hate speech”?
Let them drink their cyanide kool aide. They’ve been warned.
They have brains, but are too lazy to use them.
Weird how the technocrats’ first victims will be the kind who would have made ideal serfs.

Perfect example of how every useful idiot, in their turn, ends up getting it in the neck. Doesn’t matter now if a person is black, disabled, gay, Jewish, feminist or whatever if they don’t support vaccination, as well. And mark my words, towing the line on vaccines soon won’t be enough to save a person’s skin either.

I’m a free speech absolutist but, at the same time, I don’t have much sympathy for Wolf. She’s a dupe of the system as much as antifa and would not hesitate to ban anyone she brands “fascists” or whatever ist or ism she can think of which, if you look at her career, is a lot of people. She’s made a career pointing and crying fascist, racist and sexist. Like a lot of useful idiots she got slapped by the system when she started acting outside her designated role.