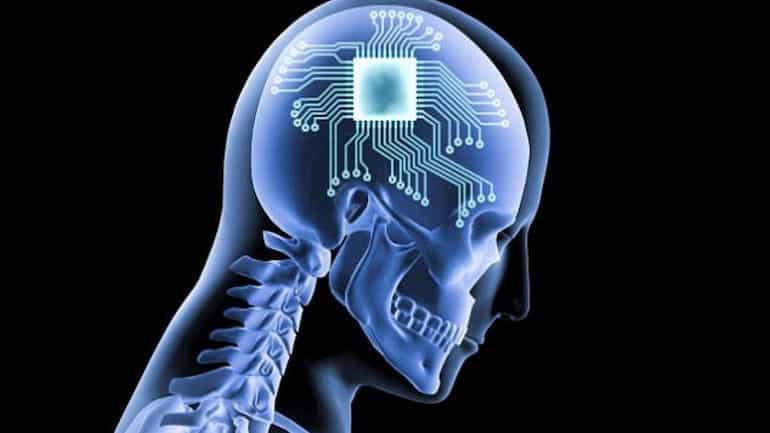 Please Share This Story!
PDF 📄
The Transhuman Holy Grail is to take over the human genome in order to create a super race of “Humans 2.0”. The brain is not a computer and genes are not computer programs, but that hasn’t stopped Elon Musk, for instance, in creating a brain-computer interface called Neuralink to become “super-human”. ⁃ TN Editor

If, through biotechnology, we could drastically enhance ourselves—such that our ability to absorb and manipulate information was unlimited, we experienced no disquiet, and we did not age—would we? Should we? For advocates of radical enhancement, or “transhumanism,” answering “yes” is a no-brainer. Accordingly, they press for the development of technologies that, by manipulating genes and the brain, would create beings fundamentally superior to us.

Transhumanism is far from a household term, but, whether or not they use the word publicly, its adherents are in places of power, especially in Silicon Valley. Elon Musk, the world’s richest person, is devoted to boosting “cognition” and co-founded the company Neuralink toward that end. Having raised more than $200 million in new funding in 2021, in January, Neuralink proclaimed its readiness to start human trials of brain-implantable computer chips for therapeutic purposes, to help those with spinal-cord injuries walk again. But Musk’s ultimate target in exploring brain-computer connections is “superhuman,” or “radically enhanced,” cognition—a top transhumanist priority. Those with radically heightened cognitive ability would be so advanced that they wouldn’t even really be human anymore but, instead, “posthuman.”

In transhumanist fantasy, posthumans could, philosopher Nick Bostrom assures us, “read, with perfect recollection and understanding, every book in the Library of Congress.” Similarly, according to futurist and transhumanist Ray Kurzweil—who has worked at Google since 2012—they would rapidly absorb the entire contents of the World Wide Web. Pleasure would be pervasive and boundless: Posthumans will “sprinkle it in [their] tea.” On the flip side, suffering wouldn’t exist, as posthumans would have “Godlike” control of their moods and emotions. Of course, posthuman bliss would not be supreme absent immortality. This last facet, the quest to conquer aging, already garners substantial backing from Silicon Valley. In 2013, Larry Page, Google’s co-founder—and CEO of its parent company, Alphabet, until December 2019—announced the launch of Calico Labs, whose mission is to understand aging and subvert it. A growing list of startups and investors, dedicated to the “reprogramming” of human biology with the defeat of aging in view, has entered the mix. This list now includes Amazon founder Jeff Bezos, who, in January, contributed to the $3 billion that launched Altos Labs.

Today, transhumanism’s name recognition has spread beyond Silicon Valley and academia. In 2019, an opinion piece in the Washington Post stated that “the transhumanism movement is making progress.” And a 2020 essay in the Wall Street Journal suggested that, by making “our biological fragility more obvious than ever,” COVID-19 may be “just the kind of crisis needed to turbocharge efforts” to achieve transhumanists’ goal of immortality.

You’re probably already familiar with certain enhancements—like athletes using steroids to gain a competitive advantage, or individuals using ADHD drugs like Ritalin and Adderall off label in search of a cognitive boost. But a chasm separates such enhancements from transhumanism, whose devotees would have us engineer a species-level upgrade of humanity into posthumanity. And key to all of transhumanism’s planned advancements, mental and physical, is a specific understanding of “information” and its causal dominance in relation to features that advocates prize. This focus on information is also transhumanism’s fatal flaw.

Arguably, transhumanism’s closest antecedent is Anglo-American eugenics, inaugurated by Francis Galton, who coined the term eugenics in 1883. Among the many substantive parallels between transhumanism and Anglo-American eugenics are an insistence that science set humanity’s guiding aspirations and that human intelligence and moral attitudes (such as altruism and self-control) require major, biological augmentation. The term transhumanism was first used by a British eugenicist, Julian Huxley (also the brother of Aldous Huxley, author of Brave New World). Transhumanism as we know it, however, is a marriage of sorts between substantive commitments shared with Anglo-American eugenics and the notion that living things and machines are basically alike—the latter stemming from developments in computing and information theory during and after World War II.

Here, the key idea is that animate entities and machines are, in essence, information, their operations fundamentally the same. From this perspective, brains are computational devices, genetic causality works through “programs,” and the informational patterns constituting us are, in principle, translatable to the digital realm. This informational lens is the crux of transhumanism—its scientific convictions and confidence in prospects for humanity’s technological self-transcendence into posthumanity.

Some of transhumanism’s greatest promises rest on the assumption that genes, as information, drive and dominate people’s standing in relation to complex phenotypic traits, such as intelligence, self-control, kindness, and empathy: in other words, that they “code for” these features. Thus construed—transhumanists assure us—these traits are manipulable. The roots of these ideas go back more than 50 years. For instance, in The Logic of Life (1970), François Jacob announced that, “with the accumulation of knowledge, man has become the first product of evolution capable of controlling evolution.” Jacob’s expectation of boosts to complex mental features, once we pinpoint “the genetic factors involved”—in other words, attain due familiarity with the informational “mechanisms” playing key roles in their causation—is palpable in transhumanism. Today, however, the perspective represented by Jacob is increasingly rejected by scientists, philosophers of science, and historians.

That genes influence human features is not in question. Where transhumanists err is in the disproportionate role assigned to genes in creating their favored traits. In contrast to clear-cut physical features, such as eye color, the relationship of genetic “information” to characteristics such as intelligence and kindness is nuanced and indirect. Today, developmental systems theory supersedes the dominant, unidirectional causality previously lodged with genes. From this vantage point, development spans a range of levels and a wealth of factors, biological and nonbiological, that interact in complex ways. Crucially, as philosopher of science Susan Oyama observes, none of these factors—genes included—“is privileged a priori as the bearer of fundamental form or as the origin of ultimate causal control”; rather, “everything [the] organism does and is rises out of this interactive complex, even as it affects that very complex.”

Transhumanists’ understanding of the brain is similarly flawed. Their presumption that particular mental capacities are tethered to specific areas of the brain—and could, therefore, be targeted for manipulation—is increasingly outdated. Indeed, a monumental shift in the focus of neuroscientific research, from discrete areas with dedicated functions to complex functional networks, is well underway. As is now well documented, mental tasks such as attention, memory, and creativity engage numerous areas of the brain; individual regions are pluripotent, meaning that they have multiple roles; and various areas function as “hubs.” To give but one example, as neuroscientist Luiz Pessoa observes, the amygdala, long deemed a strictly emotional area—tied to the processing of fear-related information in particular—“is increasingly recognized as playing important roles in cognitive, emotional, and social processes.”