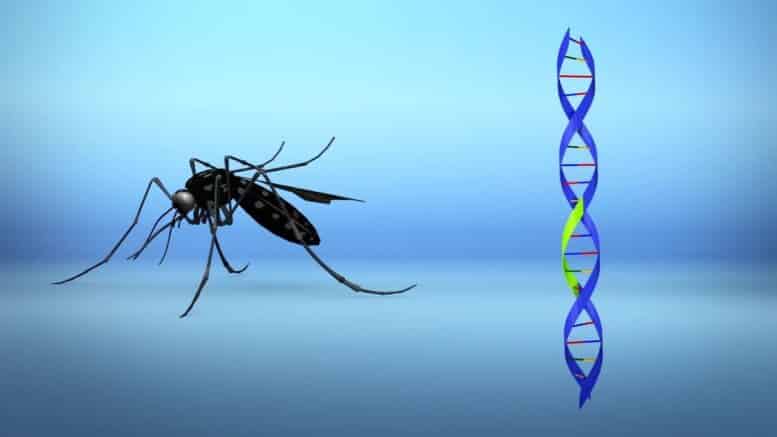 Please Share This Story!
PDF 📄
Technocrat genetic scientists think it’s a wonderful idea to wipe out a species of mosquito, but residents of Florida do not. Everyone hates mosquitoes for obvious reasons, but releasing GMO mosquitos into the environment is the stupidest solution. ⁃ TN Editor

The Florida Keys will soon be buzzing with close to a billion ‘fraken-squitoes’ – gene-hacked mosquitoes aimed at eradicating a disease carrying mosquito.

The Florida Keys Mosquito Control District (FKMCD) and Oxitec, a British biotech company, are starting the first-ever U.S. release of genetically engineered (GE) Aedes aegypti mosquitoes this week, which will see up to a billion over a two-year period.

The project aims to reduce the numbers of Aedes aegypti, one of several mosquito species that can carry diseases including dengue, chikungunya, Zika and yellow fever.

Floridians, however, are calling on the US Environmental Protection Agency (EPA) to end ‘this live experiment’ saying they are being subjected to terrorism by the FKMCD.

The trial is set to begin this week, with the first phase releasing up to 144,000 GE mosquitoes over the next 12 weeks. Ultimately, up to a billion will be released in Monroe County. 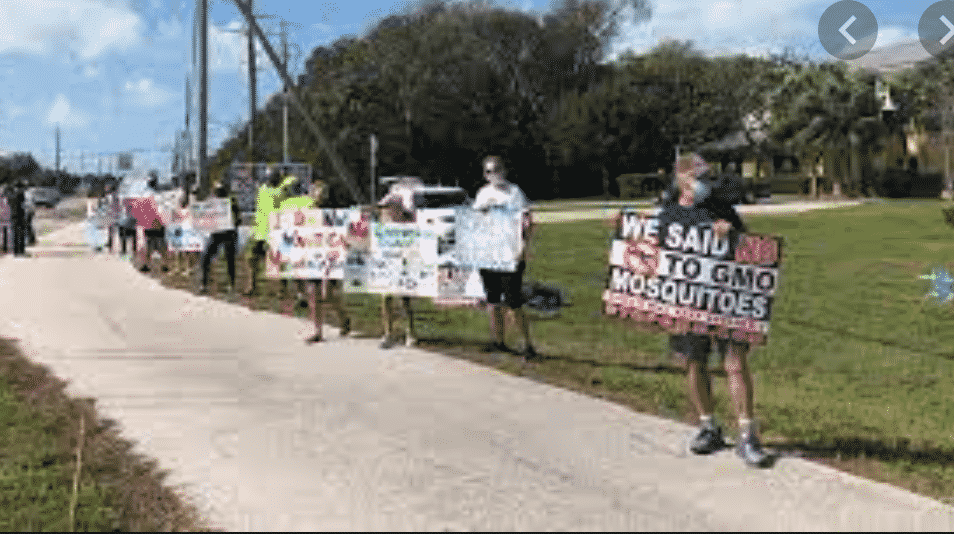 The GE mosquitos, developed by Oxitect, have been modified to pass on a particular protein when they mate, which ensures female offspring do not survive the next generation.

With fewer females in each subsequent generation, the researchers hope overall mosquito populations in the region will decrease along with transmission rates of disease passed through mosquito bites.

The modified mosquitoes – from the Aedes aegypti species – are all male and the company contends that because only female mosquitoes can bite, there is no risk to humans in releasing them.

Barry Wray of the Florida Keys Environmental Coalition said: ‘People here in Florida do not consent to the genetically engineered mosquitoes or to being human experiments.’

Islamorada resident Virginia Donaldson told Futurism that on April 23, two men in uniforms came to her home to do ‘mosquito control’ and asked her to participate in a new pest control program.

In a hurry, Donaldson agreed and signed a waiver, but later told Futurism: ‘I don’t even know what I signed.’

And later found out that she had agreed to the genetic mosquito experiment.

Dana Perls, food and technology Program Manager at Friends of the Earth, said: ‘This is a dark moment in history. The EPA must halt this live experiment immediately.

‘The release of genetically engineered mosquitoes puts Floridians, the environment, and endangered species at risk in the midst of a pandemic.’

In March, a panel of independent experts testified to the Florida Keys mosquito board that GE mosquitoes could also pose significant threats to sensitive ecosystems and human populations in the Florida Keys.

Megan Hull, a resident of Islamorada, spoke at the council meeting where she stated her grievances.

‘I find this criminal, that we are being bullied into the experiment,’ she said in March.

‘I find it criminal that we are being subjected to this terrorism by our own Florida Keys Mosquito Control Board.’

Residents say the EPA did not require peer review or preliminary trials for caged GE mosquitoes before releasing them into the wild.

Oxitec and FKMCD’s claim that the GMO mosquito experiments will be monitored by the Centers for Disease Control and Prevention (CDC) is misleading.

CDC has agreed to review data provided by Oxietc, but that data will not include independent health assessments.

Are not mosquitos a vital part of the natural food chain? I sense a developing natural catastrophe in the making plus I wouldn’t trust what the GMO ‘squitos’ or their like will be made to carry in the future. The thin edge of a wedge? Very likely.

Oh ya, releasing a genetically modified / Crossbreed insect into the environment sounds like a great idea….How’s that Africanized honey bee been treating everyone. Or the Asian Carp…how about the Lion Fish….oh wait…the Snakes Head…. ya baby. oh oh one more…maybe Florida has forgotten…the Burmese Python
Do a U2ube search for an Simpsons episode about releasing a nonindigenous species into the enviroment….it is really funny…

They don’t care about the environment, they what to decimate us humans. They do not need that many of us as slaves.

Want to save the planet? Lock up Bill Gates.

“Technocrat genetic scientists think it’s a wonderful idea to wipe out a species of mosquito” That’s what they tell us. It’s lie as everything else. Watch the videos of Joe Imbriano of what they really intend.

They will mainly release GMO female mosquitos already loaded with their genetic modifying solution. Females are the ones that byte humans and can do the job of “vaccinating” we the people.

I wonder if these Mosquitoes house your Plandemic CV19 Vax for those whom refuse to take Vax. They will be Vaxed unknowingly when a GMO Mosquito 🦟 Bites subject.