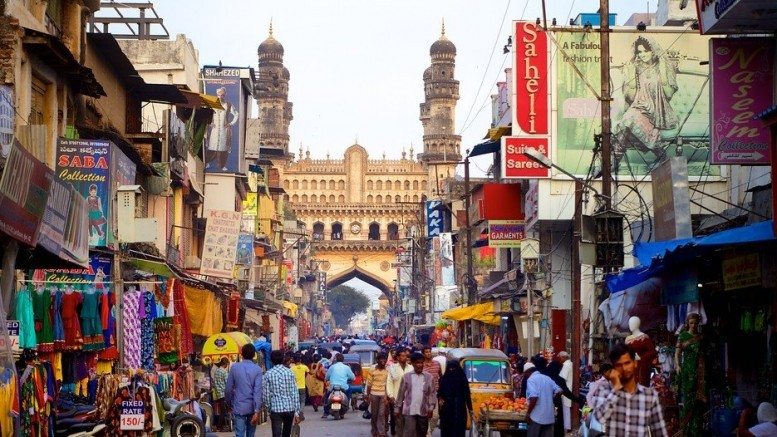 The UN’s New Urban Agenda wants cities and towns to convert to bicycles and public transit. India is leading the way. ⁃ TN Editor

The Hyderabad Bicycling Club which has tied up with the Hyderabad Metro Rail project to make Hyderabad as ‘cycling hub’ plans to launch 300 bike stations (housing 10,000 cycles) across the city. The proposed project meanwhile has been identified among the best social projects of the world by the United Nationals in the recently held Habitat III conference. The conference aimed at setting the ‘new urban agenda’ for the globe for the next 20 years, from 2016 to 2036.

As per the agreement between HBC and HMR, HMR will give space for construction of 126 bike stations along metro stations and also build dedicated cycling lanes along the metro corridor. Speaking about the projects, DV Manohar, chairman of the HBC and Board member, World Cycling Alliance said that the project will put Hyderabad far ahead of all other India cities and prevent Hyderabad from turning into a gas chamber like Delhi has. “Out of the 300 bike stations, 126 will be set up along metro stations, two on each side. The remaining will be set up in thickly populated residential and commercial areas. We will have 10,000 state of art smart bicycles. About 10 percent of cycle inventory will be e-bikes. E-bikes can run on battery as well as can run on peddling,” he said.

he initiative is expected to bring down pollution levels substantially. Meanwhile, managing director, HMR, NVS Reddy said, the 10,000 bikes will result in an estimated 20 million cycling trips per annum and thereby reducing the vehicular pollution substantially. A demo bike station adhering to the best of international standards is ready meanwhile at the Nagole metro station. “It will be replicated in all the 300 bike stations,” added Reddy.