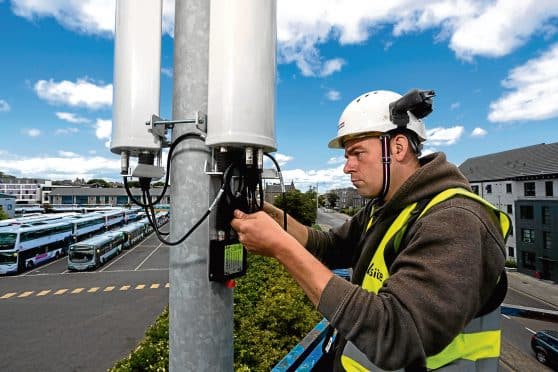 Please Share This Story!
PDF 📄
The Agenda 21-soaked U.S. Conference of Mayors has been thrown under the bus by hard-core Technocrats who took over the FCC in order to roll over cities with 5G installation. Mayors are livid but now they learn who is boss. ⁃ TN Editor

Lampposts around downtown Los Angeles are being wired with fiber optic cable and shoebox-sized gadgets to beam the fifth and fastest generation of cellular data, known as 5G, into homes and mobile devices.

This high-tech infrastructure build-out is the result of a deal between the city and Verizon — Los Angeles gave the wireless carrier a break on the fees for taking up space on streetlights in exchange for a package of amenities and services.

Such arrangements are common nationwide, where local governments have long leveraged access to public property and rights of way as a bargaining chip to accomplish policy goals.

But late last month, the Federal Communications Commission took the unusual step of nationalizing public infrastructure for 5G installation, throwing L.A.’s deal with Verizon and agreements between other cities and carriers into question in the process.

The FCC established a maximum price that local governments can charge telecom companies for small cell installations on public poles and in city streets: $270. The agency also established what it called a “shot clock” mandating that permits for small cell infrastructure be processed within 60 to 90 days, depending on the type of installation. If the permits take longer, the telecom companies can take cities to court.

Cities charging more than the maximum rate of $270 are open to litigation, and according to the ruling will have to prove that the higher fee is a reasonable approximation of costs.

“There has never been a federal decision to price-regulate the way local governments provide access to their own property,” said Blair Levin, a fellow at the Brookings Institution who served as chief of staff to the Clinton-era chairman of the FCC. “That’s an extreme step.”

FCC Chairman Ajit Pai said the ruling will hasten the rollout of the new technology, which debuted in the homes of some Verizon customers in Los Angeles this week. “Big-city taxes on 5G slow down deployment there and also jeopardize the construction of 5G networks in suburbs and rural America,” he wrote in a statement accompanying the ruling.

Local governments across the country, however, say the rules are too friendly to the telecom industry.

The United States Conference of Mayors called the ruling “an unprecedented federal intrusion into local (and state) government property rights that will have substantial and continuing adverse impacts on cities and their taxpayers, including reduced funding for essential local government services, and needlessly introduce increased risk of right of way and other public safety hazards.”