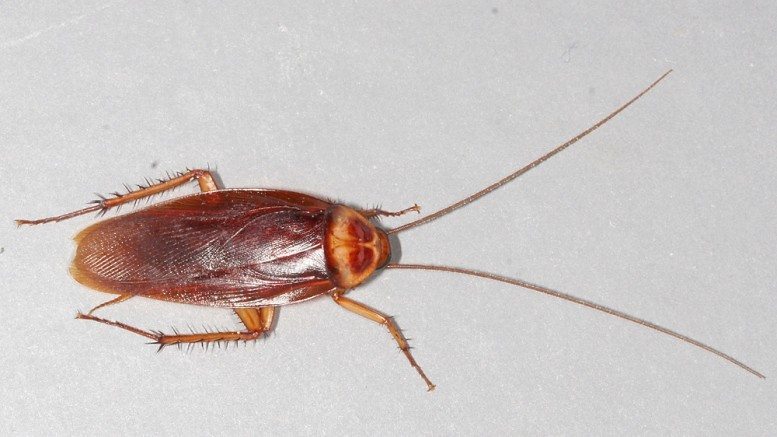 Please Share This Story!
PDF 📄
This ‘discovery’ was announced from India, but was the effort of an international consortium that included the National Institutes of Health (NIH) in the U.S. This will undoubtedly add to the United Nations call for insect protein to feed the world. ⁃ TN Editor

The sight of cockroaches may evoke disgust but they can be a boon for human health, said a team of scientists who have shown that milk protein crystals found in roaches can serve as a “fantastic” protein supplement.

The team of scientists, including those from the Institute for Stem Cell Biology and Regenerative Medicine (inStem) in Bengaluru, has recently unravelled the structure of milk proteins crystals in the guts of a roach species called Diploptera punctata, the only known viviparous cockroach (which gives birth to live young).

A single crystal is estimated to contain more than three times the energy of an equivalent mass of dairy (buffalo) milk, according to the study by inStem’s Ramaswamy group.

“The crystals are like a complete food — they have proteins, fats and sugars. If you look into the protein sequences, they have all the essential amino acids,” said Sanchari Banerjee, one of the main authors of the paper published in July in the journal from the International Union of Crystallography.

Now, armed with the gene sequences for these milk proteins, Ramaswamy and colleagues plan to use a yeast system to produce these crystals en masse.

“They’re very stable. They can be a fantastic protein supplement,” said Ramaswamy.

Furthermore, their crystalline nature offers a unique advantage. As the protein in the solution is used up, by being digested, the crystal releases protein at an equivalent rate.

“It’s time-released food,” explained Ramaswamy, adding “if you need food that is calorifically high, that is time released and food that is complete. This is it”.

Besides their utility as supplemental food, the scaffolding in the protein crystals exhibit characteristics that could be used to design nanoparticles for drug delivery.