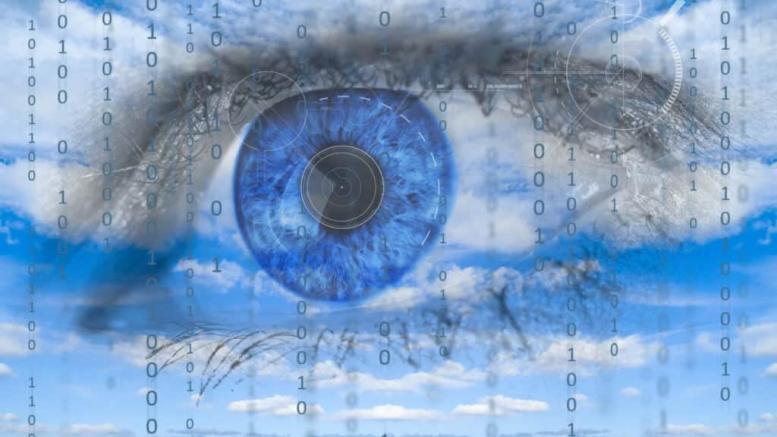 Please Share This Story!
PDF 📄
As part of their carefully orchestrated coup d’état, Technocrats have declared war on an unseeable virus. The respective ‘army’ of foot soldiers is now revealed as ‘Contact Tracers’ who will kickstart the national panopticon grid of total surveillance.

The specific marketing propaganda to implement this is that it “will help us emerge from lockdown.” You want to emerge from lockdown, don’t you? This subtle lever of coercion is to ensure public acceptance. Since each state is responsible for their own surveillance programs, it is estimated that collectively, there will be a force of at least 300,000 such snitches.  When one shows up at your door, you would be well advised to tell them to get lost and never come back. ⁃ TN Editor

Contact Tracing? Really? That’s the next big government program to push for total surveillance over our lives. Now the real fallout from the Coronapocalypse comes to light.

The very people who created a fake pandemic out of faulty statistics, media fear-pimping and the rankest of propaganda are now pushing the total surveillance state to protect us (them?) from the next crisis.

James Corbett from the Corbett Report just published an excellent video discussing ‘contact tracing’ as promulgated by (who else?) the Clinton Global Initiative to create an army of new Brown Shirts to assist our wise and benevolent leaders in managing us like livestock.

James is urging us not to use their Orwellian term, and I agree with him. But the best way to do that is to make fun of it and them.

I propose just looking at them and saying, “Don’t Trace Me, Bro.”

As always when they want to herd us towards a terrible idea they first have to come up with a harmless sounding euphemism for it. Either that or just call it a war that we’re going to fight and win together, you know, for kids!

But this was always the plan with this virus. We can speculate as to why this has been done, why it was directed from the commanding heights of our society but, in the end, that speculation is irrelevant.

This is happening, it’s here and they are now working to square the circle. The goal is to finish off the last vestiges of anonymity and individuality started with the destruction of financial privacy during the Clinton Adminstration, which was wrapped in the classic government phrases “Know Your Customer” and “Anti-Money Laundering”

Now those sets of rules which got ramped up after 9/11 dominate the global financial landscape.

But, let’s look at what’s happened with COVID-19 step-by-step.

First, a virus shows up in China which people in the highest levels of our government were briefed about as early as November, if Pepe Escobar’s research is to be believed.

The gold standard remains the ABC News report according to which intel collected in November 2019 by the National Center for Medical Intelligence (NCMI), a subsidiary of the Pentagon’s Defense Intelligence Agency (DIA), was already warning about a new virulent contagion getting out of hand in Wuhan, based on “detailed analysis of intercepted communications and satellite imagery”.

An unnamed source told ABC, “analysts concluded it could be a cataclysmic event”, adding the intel was “briefed multiple times” to the DIA, the Pentagon’s Joint Chiefs of Staff, and even the White House.

Next China, the gold standard for the Orwellian Panopticon, proceeds to use that Panopticon to prove to the world how effective government can be in containing a deadly plague.

That model, which runs fundamentally counter to billions of years of evolution and basid immunology, is then propagated around the Western world to combat COVID-19, a disease which has a mortality rate similar to the annual flu, to shut down those economies exacerbating a financial crisis already fully underway.

This destroys the lives of hundreds of millions of people. It creates economic dislocations that make the Great Depression look like a mild recession.

In places like Italy, France and Spain where youth unemployment has been in double digits for more than a decade, the lock down was used as a way to tamp down social unrest, as they were hot beds for opposition to inept and increasingly fascistic governments.

In the U.S., a country ruled by old, ideologically-possessed and corrupt Boomers who have been in a heightened state of fear since Donald Trump was elected saw the opportunity to create the worst possible outcome in places like New York and California.

Governors in blue states seized power they didn’t legally have and cried for help they didn’t need.

And the confusion and disinformation about the virus created so much fear people willingly huddled in their homes hoping the angel of death passed them by with nothing more to do than be glued to the death counter in a desperate bid to stay informed about the science.

But there weren’t two million dead in the U.S. There’s around 50,000 and those death statistics are very speicous since the people reporting them have motive, means and opportunity to inflate them to get Federal aid, advance their political agendas now on full display and cover their asses.

So, now ‘contact tracing’ which is just a euphemism for total surveillance. But they are admitting that they can’t do it themselves. They need help. In totalitarian governments like the U.K., they’ll have an app in a couple of weeks.

Matthew Gould also disclosed plans to log the location of whenever two or more people are in close proximity for minutes at a time.

Mr Gould told the Science and Technology Committee the app would be “technically ready” for deployment in “two to three weeks” – but made it clear it was only one part of the strategy to emerge from lockdown and would involve a none-too-subtle marketing campaign.

“If you want to protect the NHS and stop it being overwhelmed and, at the same time, want to get the economy moving, then the app is going to be part of an essential part of a strategy for doing that,” he said.

China already has this. All across the enlightened West countries will now recruit tens of thousands of ‘contact tracers’ to go out and build their network for them, just like Gavin Newsome and Andrew Cuomo discussed with Bill Clinton in the video linked above.

And since there are now tens of millions of people out of work desperate for a job of any sort finding recruits will be easy.

See how this works?

First you destroy people’s lives, then you print trillions in funny money to bail out the inept and continue paying the enforcers, ensuring they are fed. And then when desperation reaches its peak you create a new government program and turn people into snitches to ensure compliance.

We’re going to empower the worst busybodies who are already insane with fear to run around collecting data for the government.

All in the name of getting the economy back up and running!

I’m pretty sure when I read The Scarlet Letter in high school we didn’t consider Hester Prynne to be the bad guy. Because the person who is COVID-19 positive will now have a big red “CV” on them which will limit their ability to partake in society.

The next stage will be to force them to lock themselves down in isolation or face the depredations of the State. And even if we begin to ignore such insanity the next step will be to look the other way when the contact tracers become belligerent.

Because what good is this app if it doesn’t report you to the authorities who know where you are.

So the solution to a virus and the incompetence of our governments is to turn busy bodies into brown shirts and COVID positives into social pariahs.

Do you realize what happens when you don’t pay a parking ticket now? Eventually your licence gets suspended, then your car insurance gets canceled. If you don’t turn your tag in for not having insurance then you are risking jail time when you get stopped by the police. They arrest you for driving on a suspended licence, impound your car, and the entire ordeal becomes a bureaucratic nightmare.

The moral of the story? Pay your parking ticket, obviously.

Do you really think this ‘contact tracing’ system won’t end up in the same kind of hell?

Now you’re a documented threat to other people’s lives! You’re an evil spreader, man! Think of the children!

This is the real danger of 5G technology. It isn’t China having a backdoor embedded by Huawei, it is the State having the ability to blanket the world in high bandwidth snooping devices everywhere that people congregate.

Their system is failing before our eyes. It’s a system born of corrupt money begetting ever greater institutional corruption. They wouldn’t be pushing for this total surveillance if they weren’t uniquely paranoid about our readiness to throw them overboard.

They want us snitching on each other and suspect of each other. This is the most pernicious form of social control ever devised, to distrust basic human contact and interaction because there are germs in the world.

It’s time to end the mass hallucination that we’ve never dealt with something like this before. The mass branding of this COVID-19 as the plague is laughable and the push for global surveillance is pathetic.

Unfortunately, we live in a world today where the fearful are empowered by the powerful to mob the non-compliant. COVID-19 isn’t the plague folks. If you think it’s the crisis you should be fearful of I urge you to seek therapy not the false security of a government tracking app.