Please Share This Story!
PDF 📄
Although the metaverse itself is built upon AI, another AI was ask to predict the eventual outcome of “living in the metaverse”. The result is similar to the movie series, The Matrix, where humans are unaware of their actual bodies while living in a simulation of pure fantasy. The metaverse is a transhuman experiment to see how humans exist in silicon only. ⁃ TN Editor

Artificial intelligence has created images of “what happens if humans live in the metaverse” – and the results are seriously creepy. 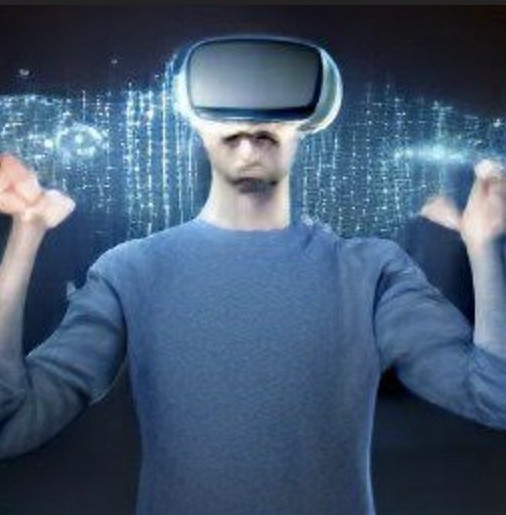 A metaverse future isn’t totally beyond the realms of possibility as tech companies like Mark Zuckerberg‘s Meta are spending billions on creating virtual worlds.

Zuckerberg thinks a lot of people will eventually be immersed in his virtual world within the next 10 to 15 years, where they will start spending money and living their everyday lives.

The Facebook founder has big plans for the metaverse and wants it to be so good you won’t want to leave.

Zuckerberg previously told tech podcaster Lex Fridman: “A lot of people think that the metaverse is about a place, but one definition of this is it’s about a time when basically immersive digital worlds become the primary way that we live our lives and spend our time.”

When asked to create concept images of this metaverse future, Craiyon AI didn’t imagine things quite like Zuckerberg.

The AI trawls throw unfiltered data from the internet to inform its masterpieces.

This is how it comes up with an image based on keyword prompts.

Craiyon AI was asked “What does a metaverse future look like?” and “What happens if humans live in the metaverse?”

It produced several horrifying images of sickly-looking humans with VR headsets seemingly inserted into their skulls.

Some of the human-like figures just had VR headsets for heads and other distorted body parts.

DALL-E mini has since changed its name to Craiyon and is in the process of redirecting users to its new website.

The change came to avoid confusion with another AI called DALL-E which was created by OpenAI and can also conjure up unusual images.

Why do we need a “virtual world” when the real world is just fine? Why do they want to invert reality? Well because they want to be GOD. They want supreme power over everything and everyone down to the thoughts in your head and your dreams. The “future” will not be a future at all it will be a dystopian video game that we are all trapped in for the amusement of the worst people who ever lived.

Think Ready Player One (2018) movie. If you want to live in poverty and strife online where people who use the metaverse are there because they want to act out their criminally, then that is exactly what you’ll get.