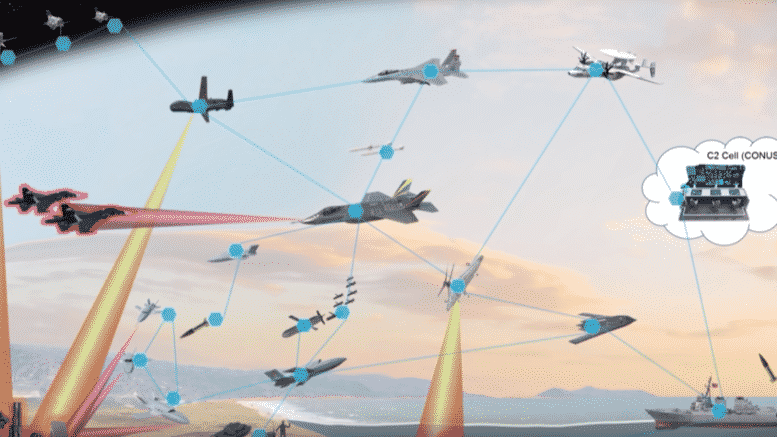 DARPA is automating air-to-air combat, enabling reaction times at machine speeds and freeing pilots to concentrate on the larger air battle and directing an air wing of drones.

Dogfighting will still be rare in the future but it is part of AI and automation taking over all high-end fighting. New human fighter pilots learn to dogfight because it represents a crucible where pilot performance and trust can be refined. To accelerate the transformation of pilots from aircraft operators to mission battle commanders — who can entrust dynamic air combat tasks to unmanned, semi-autonomous airborne assets from the cockpit — the AI must first prove it can handle the basics.

The vision is AI handles the split-second maneuvering during within-visual-range dogfights and pilots become orchestra conductors or higher level managers over large numbers of unmanned systems.

DARPA wants mosaic warfare. Mosaic warfare shifts from expensive manned systems to a mix of manned and less-expensive unmanned systems that can be rapidly developed, fielded, and upgraded with the latest technology to address changing threats. Linking together manned aircraft with significantly cheaper unmanned systems creates a “mosaic” where the individual “pieces” can easily be recomposed to create different effects or quickly replaced if destroyed, resulting in a more resilient warfighting capability.