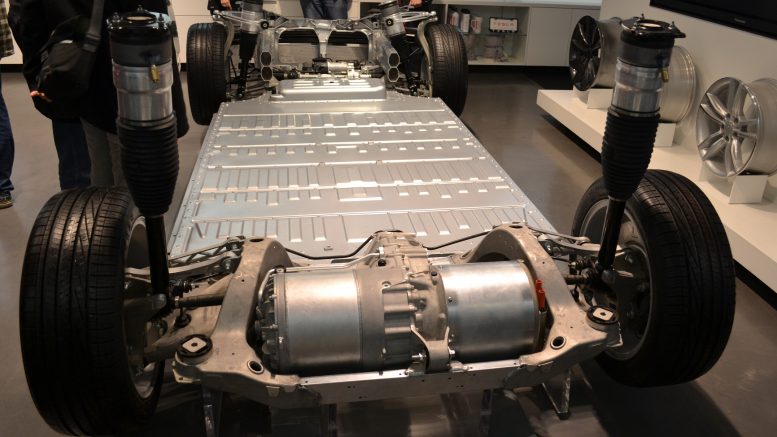 Elon Musk is running one of the biggest alternative energy scams ever. The Technocrat mind does not worry about conflicting facts that disprove their case. If all government subsidies were withdrawn, Musk’s entire empire would collapse into bankruptcy within months, if not weeks. ⁃ TN Editor

The car batteries used in a Tesla generate as much CO2 as driving a gasoline-powered car for eight years. And that’s before they even come off the production line.

This news, from a study by the Swedish Environmental Research Institute, will no doubt delight all those U.S. taxpayers who have been forking out billions of dollars to prop up Tesla’s share price having been assured by their government that subsidizing overpriced electric cars represents a vital step towards “combatting climate change.”

The report, commissioned by the Swedish Transport Administration and the Swedish Energy Agency, cannot easily be dismissed because it is a meta-analysis (ie a summary) of all the available studies on the subject.

The report shows that the battery manufacturing leads to high emissions. For every kilowatt hour of storage capacity in the battery generated emissions of 150 to 200 kilos of carbon dioxide already in the factory. The researchers did not study individual bilmärkens batteries, how these produced or the electricity mix they use. But if we understand the great importance of play battery take an example: Two common electric cars on the market, the Nissan Leaf and the Tesla Model S, the batteries about 30 kWh and 100 kWh.

Even when buying the car has thus emissions occurred, corresponding to approximately 5.3 tons and 17.5 tons, the batteries of these sizes. The numbers can be difficult to relate to. As a comparison, a trip for one person round trip from Stockholm to New York by air causes the release of more than 600 kilograms of carbon dioxide, according to the UN organization ICAO calculation.