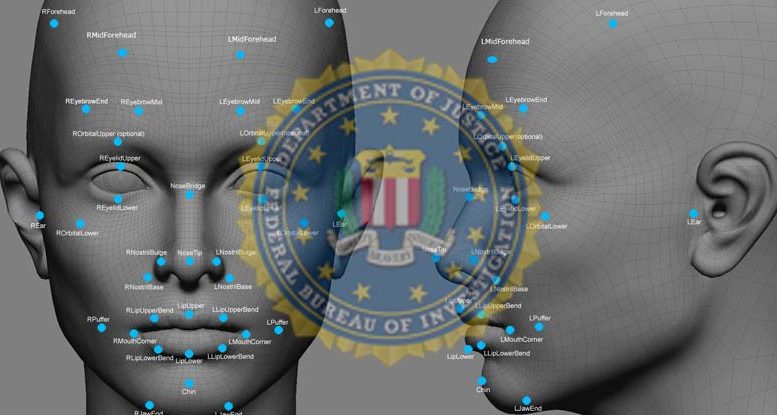 TN has repeatedly stated that the intelligence community in America has gone rogue, taken over by Technocrats who have their own agenda to re-engineer society after their own vision. The problem is that their vision is a crackpot view of Utopia that promises everything but delivers nothing. ⁃ TN Editor

While the general public is still in the dark about the arrival of biometric identification that is taking place in nearly every walk of life, even privacy defenders who have been closely following these developments don’t have sufficient information.

A shocking report came to light early this year about a massive FBI database that has been collecting millions of faceprints of American citizens – for years.

Known as the Next Generation Identification system, since 2014 the FBI has amassed more than 50 million images scoured from facial recognition alone; and, as reported by the Electronic Frontier Foundation, the images have merged into the FBI’s legacy database of fingerprints and other identifiers to create a centralized hub of surveillance:

NGI builds on the FBI’s legacy fingerprint database—which already contains well over 100 million individual records—and has been designed to include multiple forms of biometric data, including palm prints and iris scans in addition to fingerprints and face recognition data. NGI combines all these forms of data in each individual’s file, linking them to personal and biographic data like name, home address, ID number, immigration status, age, race, etc. This immense database is shared with other federal agencies and with the approximately 18,000 tribal, state and local law enforcement agencies across the United States. (Source)

Worst of all, the FBI has admitted that the system contains non-criminal identification as well as criminal, including:

All told, it’s been estimated that half of all adult Americans appear in a biometric database.

Despite what is clearly a sweeping program of surveillance and a violation of numerous Amendments to the Constitution, the FBI has resisted all inquiries made by privacy organizations and even the House Committee on Oversight and Government Reform.

Now one of the most respected privacy defenders, EPIC, is urging Congress to do its job and fully examine the secret FBI program. EPIC summarized the scope of the program, as well as measures taken by the FBI to exempt itself from privacy protections:

EPIC has sent a statement to the House Appropriations Committee in advance of a hearing on the FBI’s budget. EPIC urged the Committee to examine the FBI’s Next Generation Identification program. EPIC explained that the program “raises far-reaching privacy issues that implicate the rights of Americans all across the country.” The FBI biometric database is one of the largest in the world, but the Bureau proposed to exempt the database from Privacy Act protections. EPIC and others supported strong safeguards for the program. In an early FOIA case against the FBI, EPIC obtained documents which revealed high error levels in the biometric database. EPIC has recently filed a FOIA lawsuit against the FBI for information about the agency’s plans to transfer biometric data to the Department of Defense. (Source)

The full statement from EPIC is posted below.  As the use of biometrics is increasing by the day, it is essential that we help uncover the true scope of how this information is going to be used. Spread the word now and raise awareness so that we can ensure the best chance possible at resisting what appears to be the construction of a digital tyranny. 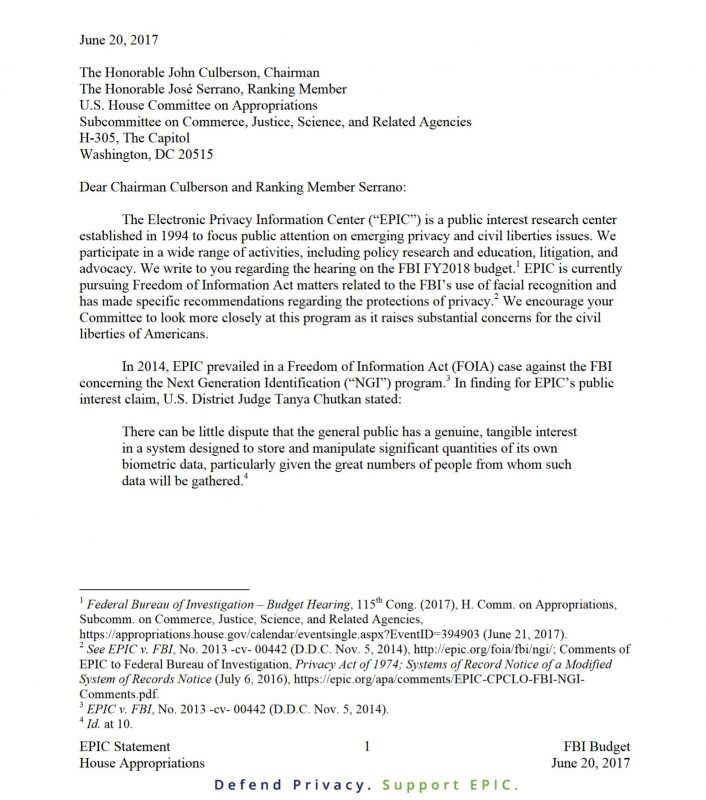 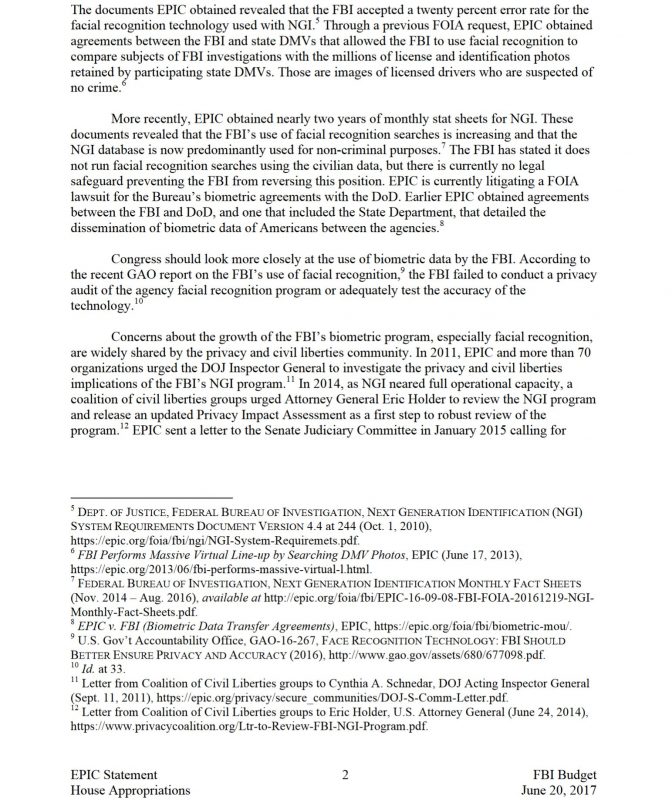 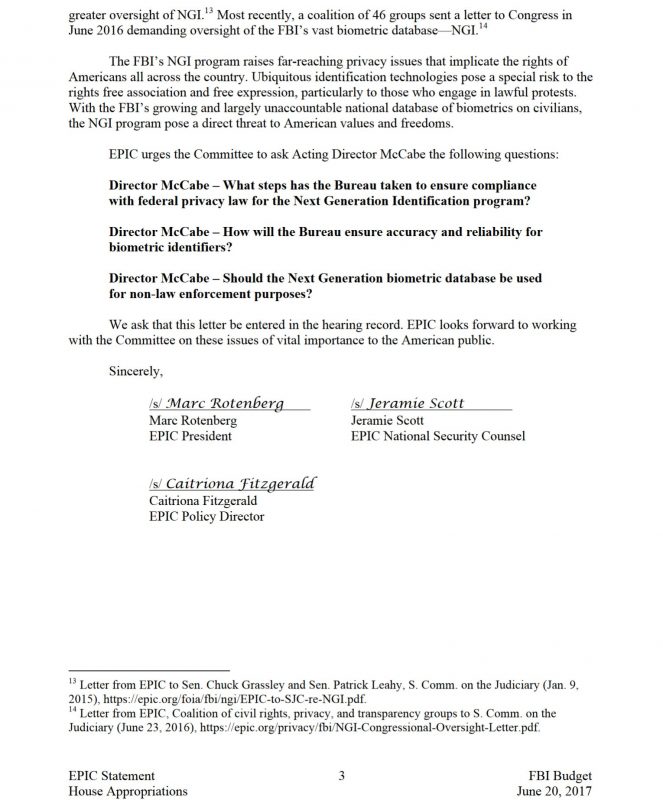