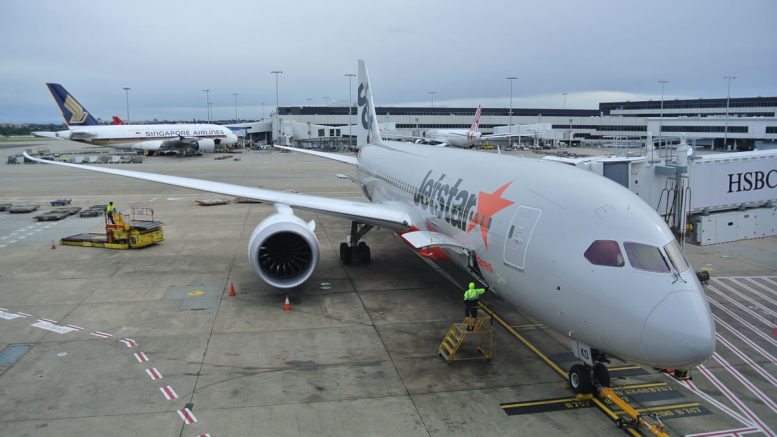 Please Share This Story!
PDF 📄
TN has warned about United Nations treaties and agreements, including those with the World Health Organization, signed by most nations on earth. When the WHO lawyers show up to enforce those terms, nations must comply or risk global repercussions.

This is how Australia arrived at the decision to ground unvaxxed citizens from leaving the country. It has nothing to do with real science and everything to do with pseudo-science and tyranny. The world must reject the WHO. ⁃ TN Editor

Here’s a surprise for all you Australians trapped in Australia because you chose not to take part in a medical experiment. The reason you can’t leave is not for your own health. It’s not for the health of fellow Australians. It’s because we are “protecting the rest of the world”.  This is a world where where fully vaccinated travellers have already spread Covid to every country on Earth and at least 72 countries are happy for you to turn up on their door with your tourist dollars and without a vaccine.

As Senator Rennick says: “I cannot for the life of me see the health risks in an unvaccinated person leaving the country.”

Paul Kelly, Australia’s Chief Medical Officer explained that it was due to Australia’s International Health Obligations. That’s an international treaty we signed because we’re a member of the WHO. As far as a quick search turns up, Australia, Canada and the UAE may be the only nations still banning their own citizens from leaving. In Canada, things are so inexplicable, the vaccinated don’t even need to do a test anymore. So people infected with Covid are free to fly in or out of Canada shedding virus everywhere.  But healthy unvaccinated people “will need to be tested at the airport and again eight days after arrival, and isolate for 14 days.” Righto.

The Australian PM Scott Morrison keeps telling us he opposes mandates, yet he hasn’t said “boo” about this international treaty. Indeed, if the Australian government was set up as a subsidiary wing of Pfizer and Moderna, they could hardly have done more to lift profits

Below Senator Rennick asks Paul Kelly, Australia’s Chief Medical Officer, at the Senate Community Affairs Legislation Committee why unvaccinated Australians can’t leave the country. It may take two repeat-viewings to get the message, there is no sunset clause on locking in the refuseniks.

The Good news is that finally the two year Pandemic Emergency Biosecurity powers are about to end.

The Bad news is the government plans to make other rules that will still stop unvaxxed Australians from leaving.

Australian citizens who wish to travel without getting injections will still need to swim, paddle, ride crocodiles, or renounce their citizenship. Perhaps Prof Kelly is hoping to use this as a “booster” bonus carrot? Will they ban the two-jabbed?

No one in their wildest mind can pretend it’s about your health anymore:  viral loads in both the vaccinated and unvaccinated reach the same levels. Vaccines double cardiovascular risk factors and don’t appear to improve our chances of staying alive overall. In fact US Military Data shows a frighteningly higher rate of vaccination injuries — a 300% to 1000% increase medical billing items related to miscarriage, cancer, neurological conditions, fertility problems and pulmonary embolisms.

The vaccine data is so bad, it’s commercial in confidence.

The WHO is a menace — They only had one job in the last 50 years, and they failed dismally, now they want more power.

Remember February 2, 2020? That’s when the WHO could have saved millions of lives and told the world to turn off the flights and keep the Wuhan Flu in Wuhan. Instead Tedros, the former belt-n-road Foreign Minister of Ethiopia, told the world ridiculous fictions and Chief Health Officers believed him.

Now the WHO wants bigger better pandemic treaties. Like the IPCC but so much worse.

A few years ago, before Covid, the WHO recommended Australia needed to do more to overcome “vaccine hesitancy”. Apparently we needed electronic systems for storing information on ill travellers, and we needed to establish centralized vaccination registries… that’s page 28 of the recommendations from “Australia’s National Action Plan for Health Security 2019-2023 “.

We think the WHO should overcome it’s “cheap drugs hesitancy” and start saving lives instead.

Thanks to Sharon W and previously David Maddison

The Emergency Declaration in March 2020 with the ban on overseas travel.

Patrick Wood is a leading and critical expert on Sustainable Development, Green Economy, Agenda 21, 2030 Agenda and historic Technocracy. He is the author of Technocracy Rising: The Trojan Horse of Global Transformation (2015) and co-author of Trilaterals Over Washington, Volumes I and II (1978-1980) with the late Antony C. Sutton.
Subscribe
23 Comments
Oldest
Newest Most Voted
Inline Feedbacks
View all comments

Time to buy a boat??

This proves out that Australia is still a British Penal Colony.

Yes my passport is going to run out. It had 2 years left on it. What a process that is. Shame we are unable to leave, just for a break. Although all that said the amount of small planes,planes and helicopters falling from the skies is alarming to say the least. Jabbed pilots having strokes heart attacks, black outs mid flight. Currently it’s safer on ground feet firmly placed for now.

What would you expect? Prime minister Morrison and Health minister Hunt have completed the World Economic forums ” young world leaders course”. We used to complain about Roman Catholics having divided loyalties to the Vatican. Now we have these politicians in our parliament who are downright openly disloyal. A pox on their houses

International treaties are nothing more than systematic treason.

[…] Aussies Can’t Leave The Country Because Of Treaty With WHOhttps://www.technocracy.news/unvaxxed-aussies-cant-leave-the-country-because-of-who-treaty/“A stab of death for democracy”: They ask for prison in Uruguay for activists for the […]

[…] Aussies Can’t Leave The Country Because Of Treaty With WHOhttps://www.technocracy.news/unvaxxed-aussies-cant-leave-the-country-because-of-who-treaty/“A stab of death for democracy”: They ask for prison in Uruguay for activists for the […]

The Aussies have Magna Carta under glass. They should take it out of preservation and use it to invalidate (as in render void) any measure including a treaty that violates their fundamental rights. Treaties cannot violate the Constitution and Magna Carta is a part of the Constitution. In fact, habeas corpus is derived from Magna Carta. What is habeas corpus? It’s a legal procedure to demand PROOF of the legality of a detention. In this case, proof would mean show us that the International Health Regulations have been complied with in declaring the Covid pandemic; in other words, “show us the virus”.… Read more »

USA has Magna Carta, too. You can use it to forbid the deprivations of liberty. You can use it with habeas corpus to force them to prove the Covid emergency to prevent ALL measures. No measures are needed if there’s no emergency. USA has Quo Warranto, too. You could have used it to throw Biden out 10 seconds after he lied his way in. Trump and-or Powell could have used it to throw him out, but Powell withdrew her “Kraken” law suit the night before Biden perjured his way into the Oval Office. Why? Any red-blooded American could have used… Read more »

If you decide to give Magna Carta a try; by getting yourself an appropriate constitutional lawyer, the document at this link is a scan of the original that belonged to me (I donated it to a library). I had the only copy in the western hemisphere. It’s an important fairly recent study of the origins and purpose of Magna Carta, its nature and the prospects for initiating procedures in the United Kingdom. It might be helpful to your own lawyer, who would have to use procedures appropriate to the USA where Magna Carta of course exists apart from the Crown. https://u.pcloud.link/publink/show?code=XZHH9U7ZjBHji4AFNFpmMzkS7DWRKL3YN54k

Not true, 18 April 2022 all Aussies are free to leave. Granted, a crappy situation, but you can leave if you want. Australia.gov website: “Unvaccinated Australian citizens and permanent residents will be able to leave Australia from 18 April 2022 without an individual travel exemption.”
https://www.australia.gov.au/information-on-international-travel

But only if they have paid all their obligations and fines and taxes and leave security behind in form of property or due bank account or gold bullion. Only then!